WEST HOLLYWOOD (CBSLA) - West Hollywood is going green, as in allowing the cannabis industry to expand and transform entertainment in the city in a way similar to the famously popular European weed-tourism hotspot Amsterdam. 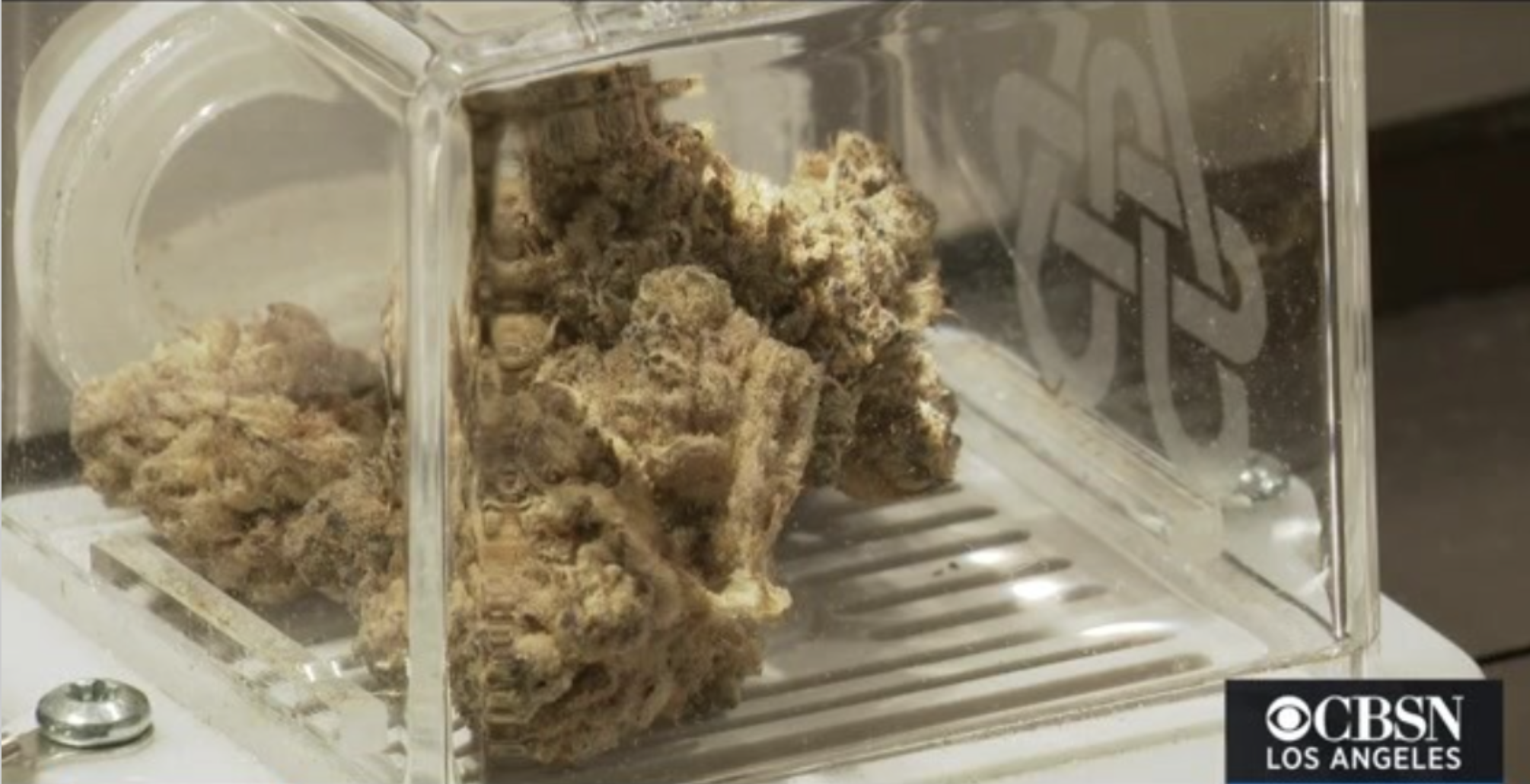 Pot cafes, restaurants, lounges and even galleries may have a WeHo home with the potential to draw millions of tourists and their money.

"I really see it as a place that can redefine what the image of cannabis is to the general public," said Kelly Lyon, of The Artist Tree Marijuana Dispensary, as showcased the wide range of pot-based products in the store.

The Artist Tree, part of an ever evolving and booming industry, is also a gallery, and soon it will open a lounge upstairs. It will be one of a number of cannabis-based businesses set to open in West Hollywood.

"It would be awesome to be able to have a business where you can appreciate art. If yoga is more your thing, you can walk down the street and do that while you consume and everyone is sort of bringing a different idea to the table," Lyon said.

WeHo, a city of just over 35,000 residents, is already a major entertainment hub, and the city has said it's ready to expand what that means.

"Right now, there are six dispensaries in the City of West Hollywood," John Leonard, Community and Legislative Affairs Manager for West Hollywood, said.

As the LA Time first reported, WeHo officials are thinking Amsterdam, the Dutch city tourists flock to for the canals, the Rembrandts, the cafes, bars and coffeeshops where they can legally smoke marijuana.

"We could get up to a total of 23 cannabis businesses. That's a combination of up to 11 dispensaries and 12 consumption lounges as well," Leonard said.

Celebrities, like Jay-Z are even investing in and buying up dispensaries here in WeHo as the industry expands. Leonard said residents overwhelmingly supported the legalization of pot in prop 64 and there has been little resistance to their plans for cannabis.

"We've heard very few complaints from residents. We've had a lot of residents come out and support these businesses, as we've gone through our city process, but we haven't heard that much in general," Leonard said.

Katrina Corcoran, who is visiting from Sydney, Australia, seemed fine with idea as long as the shops remain a novelty.

"I don't think there should be too many of them because it just becomes a bit more common then. I think it's a bit of a novelty to have them, but I guess, yeah, it depends on the uses," she said.

Vincent Williams, though, welcomes the businesses.

"I mean, it'll bring revenue, right? So, that's always good. What's about bad about that? And as long as they're legal, I don't think it'll attract the wrong crowd. It's just a little grass from the ground," Williams said.

City officials told CBSLA that no alcohol will be allowed inside of the pot lounges. There will also be other regulations, such as security being allowed inside and around the premises, as well as strict odor rules.