The water main break in the 11600 block of Culver Boulevard occurred at 1:13 a.m. forcing eastbound and westbound closures of Culver Boulevard, between Dawes and Berryman avenues, according to the Department of Water and Power spokesman Albert Rodriguez. 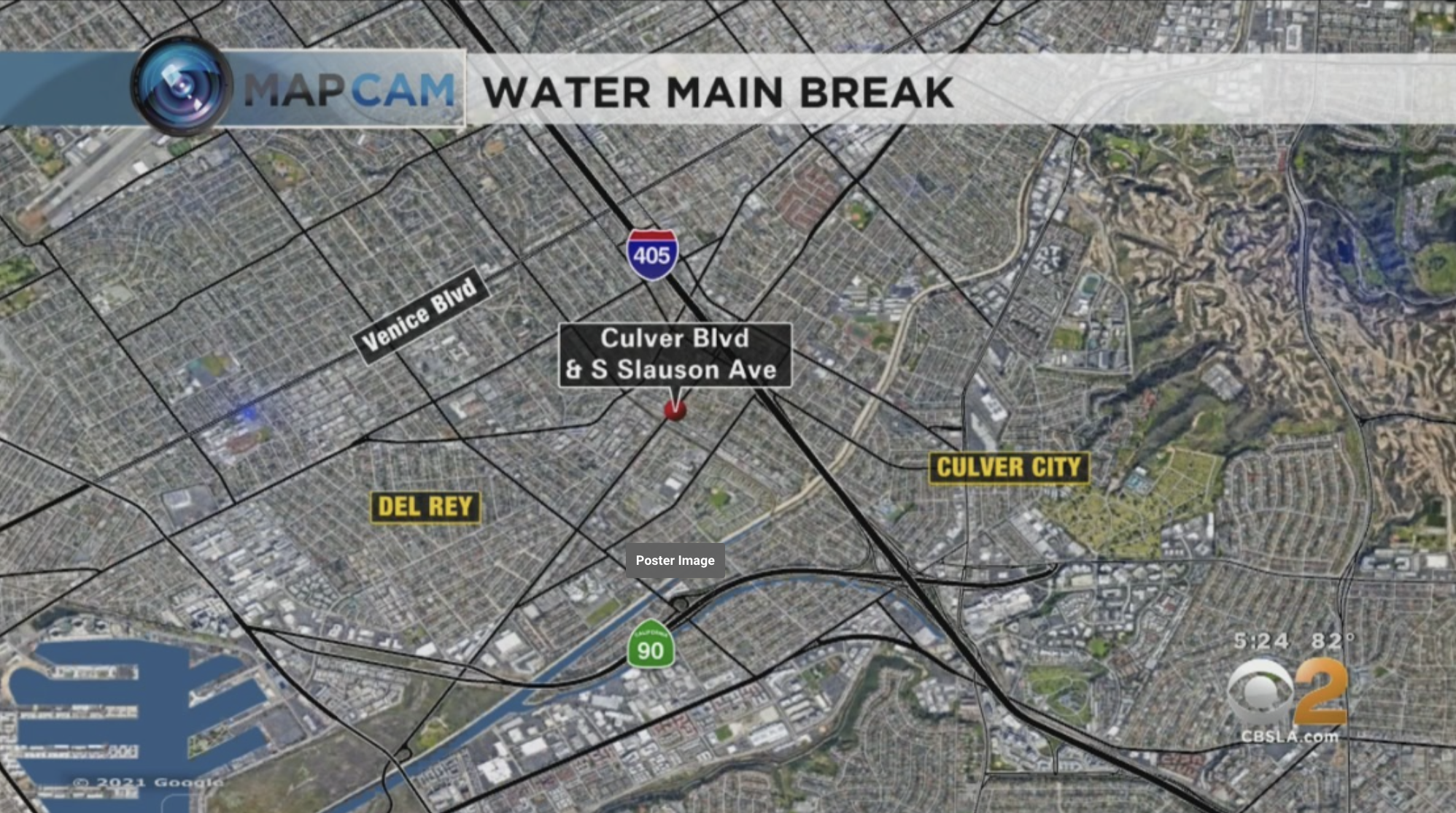 Water in the affected area was shut down at 5:25 a.m., Rodriguez said, and the estimated time of the water main repair is eight hours.

DWP was able to divert water from the broken main to other pipes, while the repairs were underway.