MONTEBELLO (CBSLA) -- Friends and loved ones describe Lance Cpl. Marco Barranco as a loving young man with a passion for serving his country.

"He was the bravest guy I ever met," said Barranco's friend, Angela. "He wanted to join the Marines and it was a dream of his. He felt like it was the only route for him." 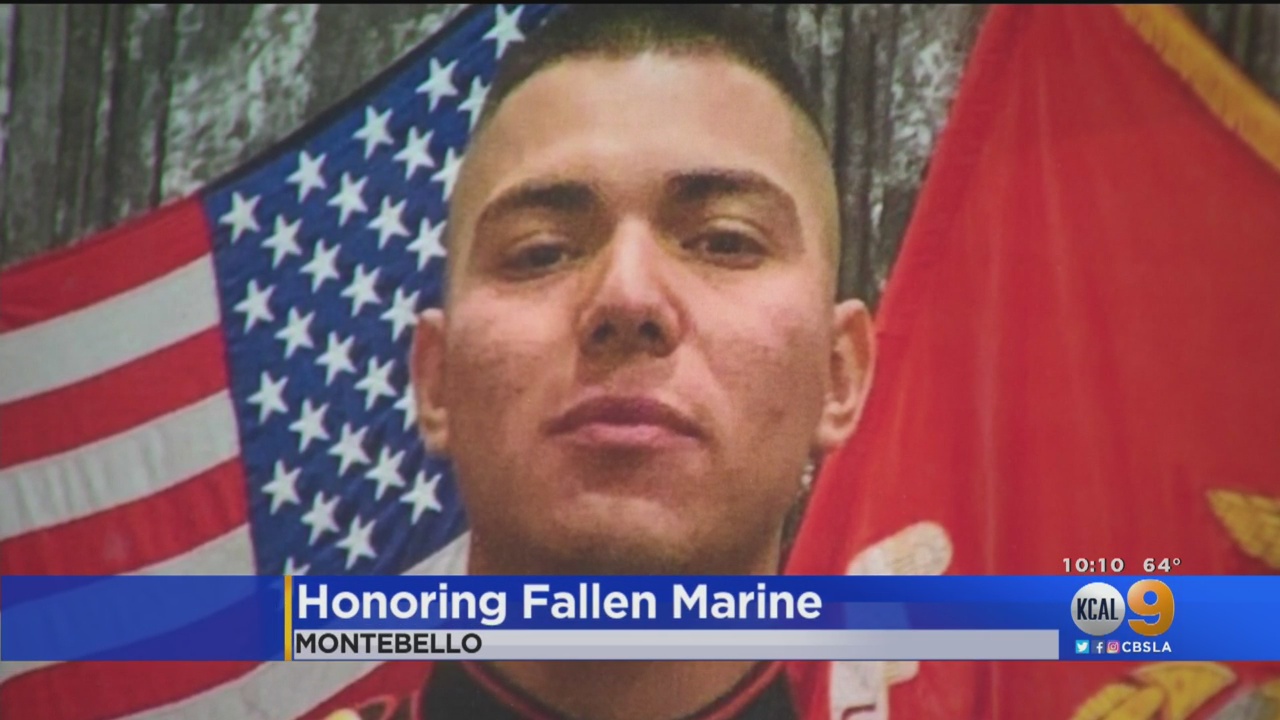 Hundreds gathered outside by the Montebello apartment he shared with his dad and sister Wednesday night to celebrate his life after he was killed in an AAV training accident off the coast of San Clemente island last week.

On the evening of July 30, 15 Marines and a sailor were inside an amphibious assault vehicle as part of a routine training exercise when it began to take on water and eventually sank about 1,500 meters off the coast of San Clemente Island.

Seven of those aboard escaped and survived. One Marine who was airlifted to a San Diego hospital died.

Barranco, 21, was one of seven Marines and one sailor to be killed.

His loved ones, fellow active and retired military members, and even perfect strangers attended the vigil to honor him.

Loved ones said Barranco was inspired to join the military because of the opportunities it gave his immigrant parents and family.

Those who knew him best said he made them proud, because he died doing exactly what he loved.

"His exact words were, 'I want to serve my country and, if I die, I want to die for my country,'" his friend Angela said. "He wanted to make us proud."

Barranco leaves behind his parents, two sisters, a niece, and an unborn nephew. His family said they want him to be remembered for his legacy of service.