LINCOLN HEIGHTS — According to officials from the Union Pacific, a train has become derailed from its tracks in the Lincoln Heights area, causing several road closures in the vicinity.

As of Sunday afternoon, a Union Pacific official relayed that there was no estimated time for the completion of cleanup, as crews continued to work towards clearing the tracks.

A Union Pacific official told CBS that 17 cars derailed, and multiple containers were impacted in the incident, which is located at LATC rail yard, the same spot where reports of vandalism and theft have made headlines over recent days.

They also indicated that the crew of the train was safe, and an investigation into the cause of the derailment was underway. 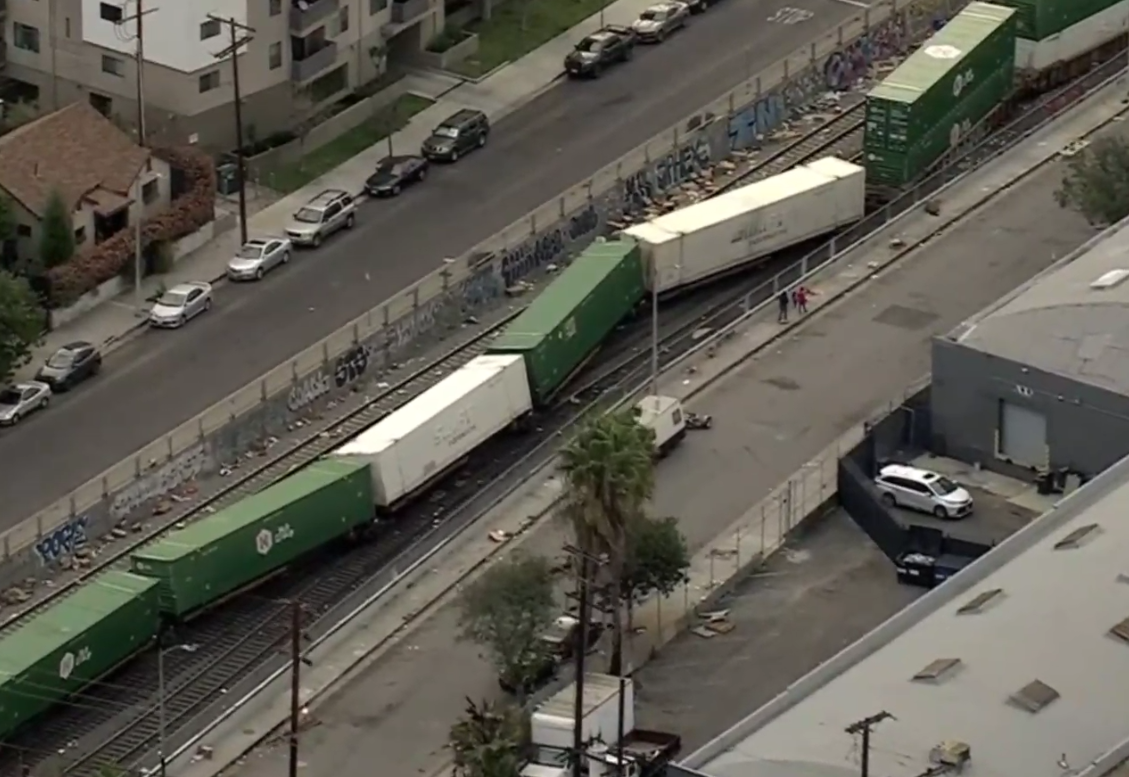 The University of Southern California was the first to report the incident, though entirely unrelated to the university, the derailed train is near the Health Science Campus, prompting the school to report the occurrence.

The intersection at San Pablo Street and Valley Boulevard will be blocked for the foreseeable future, as professionals attempt to clear the scene.