LOS ANGELES (CBSLA) - A section of the Union Pacific train tracks in downtown Los Angeles has been littered with thousands of shredded boxes, packages stolen from cargo containers that stop in the area to unload.

Thieves have been raiding the cargo containers, taking packages that belong to people from all over the country from retailers like Amazon, REI and others.

The refuse left behind, like home COVID test kits, are items that the robbers did not want or did not think were valuable enough to take.

Sources told CBSLA that the locks Union Pacific uses are easy to cut, and officials with the Los Angeles Police Department said they don't respond to reports of a train robbery unless Union Pacific asks them for help, which they said is rare.

While CBSLA was on the scene with cameras, one person was seen running off with a container used to hold smaller packages, and a Union Pacific officer was spotted chasing after two other people who appeared to be rifling through packages.

CBSLA also obtained video of University of Southern California campus police arresting a suspected thief last month. According to officers, the suspect's bag was filled with stolen goods taken from the train tracks.

A source with knowledge of the issue told CBSLA that Union Pacific cleaned up this area of tracks three months ago, and again only about 30 days ago, though the area is already littered with new discarded boxes. 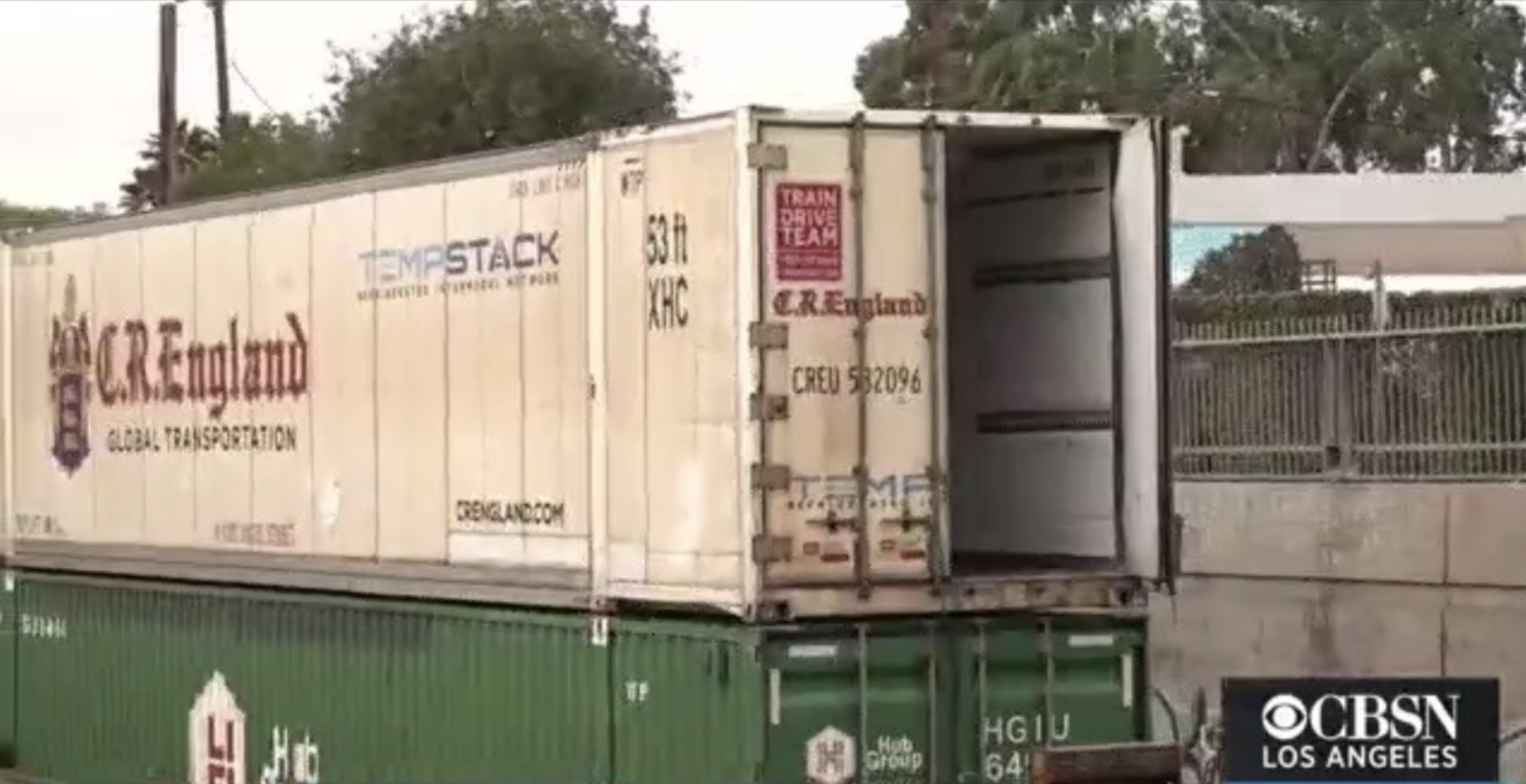 Another video shows crews with Union Pacific cleaning up the area on December 11. Around that same time, someone snapped a photo of boxes spilling out of the back of a train car.

CBSLA found a package and entered the tracking number information, which came back as "in transit," saying it would arrive today. When CBSLA called the person listed in the transaction and asked if they recently sent a package back to Amazon, they said:

"Yeah, I mean, I sent several stuff back."

Yet another Amazon package had the name and number of a woman in Washington. CBSLA called her and asked if she sent something back to Amazon recently and whether she knew if the package had made it back to its destination.

In a statement to CBSLA, Union Pacific said:

"Union Pacific is very concerned about the increased cargo thefts in California, and we have taken several steps to address this criminal activity. These rail crimes pose a serious safety threat to the public, our employees and local law enforcement officers.

"We have increased the number of Union Pacific special agents on patrol, and we have utilized and explored additional technologies to help us combat this criminal activity. We also will continue to work with our local law enforcement partners and elected leaders."

However, law enforcement who work these tracks told CBSLA that they don't see thieves shipping off any time soon.