LOS ANGELES (CBSLA) — A 43-year-old female suspect from Valencia collided with the rear end of a semi-truck after leading California Highway Patrol on a highspeed chase southbound on Interstate 5.

Both sides of I-5 near Chinatown were closed as California Highway Patrol approached the vehicle. The northbound section has since been reopened, however, the southbound section is still closed as CHP officials investigate the crash site.

"It was very dangerous because of the speeds and because of the other vehicles that obviously it was passing," said CHP public information officer Roberto Gomez. 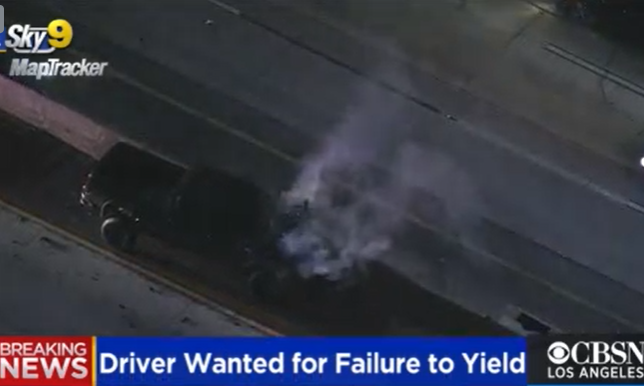 The suspect's condition is unknown at this time. Police and fire attempted to perform life-saving measures on the driver. She was later transported to the hospital.

She was alone in the vehicle at the time of the crash.

"Fortunately, no one else was injured," said Gomez.

The chase began after the driver refused to yield to officers. Throughout the chase, the driver routinely reached speeds close to 100 mph. The driver's black GMC Denali struck the rear end of the moving semi-truck while going 95 mph.