LOS ANGELES (CBSLA) - A Silver Alert was issued Thursday on behalf of a 88-year-old woman last seen in South Los Angeles. She was found just before midnight on Thursday evening, discontinuing the Silver Alert. 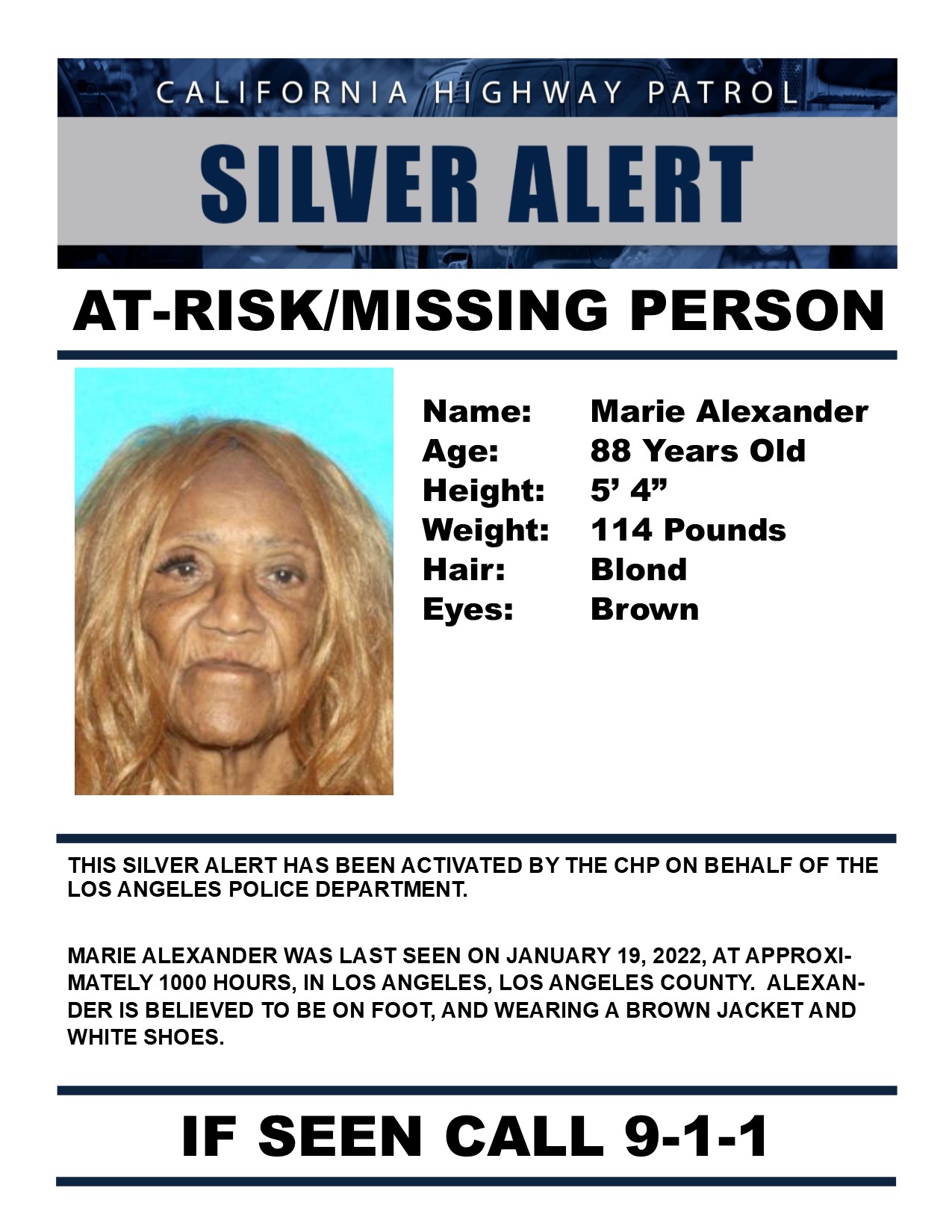 Marie Alexander was last seen at 10 a.m. Wednesday in the area of West 21st Street and South Bronson Avenue, near the Santa Monica (10) Freeway, according to the California Highway Patrol, which issued the Silver Alert on behalf of the Los Angeles Police Department.

Alexander is 5 feet, 4 inches tall and weighs 114 pounds, with brown eyes and blonde hair. She was last seen wearing a brown jacket and white shoes, and was believed to be on foot.

They asked anyone who saw or knew of her whereabouts to call 911.

The Silver Alert program was established by the CHP to issue and coordinate alerts involving the unexplained or suspicious disappearance of elderly, developmentally disabled or cognitively impaired individuals.