HUNTINGTON BEACH (CBSLA) — Officials are worried that an incoming rainstorm may hamper cleanup efforts in the massive oil spill off the Orange County coastline.

In Newport Beach's famous surf spot, the Wedge, tar patties have washed up on the sand, while cleanup crews at the Cliffs of Huntington Beach carry plastic bags containing dark, oily waste scooped from the shoreline as ribbons of oil continue to move south into San Diego County.

"So, the oil that we do have right now is in the form of streams or ribbons. We call it sheen. We're not seeing a lot of heavy product, a lot of dark patches of oil. In terms of oil movement, we're talking about a huge area of the ocean and that oil spreads, spreads wide and far," U.S. Coast Guard Captain Rebecca Ore said Thursday.

Officials at the Thursday afternoon news conference were careful not to discuss details of a criminal investigation into what caused the 13-inch slit in the pipeline connected to Platform Elly off the coast of Huntington Beach.

Amplify Energy, the pipeline owner, has suggested that a ship's anchor may have dragged the pipeline and damaged it. 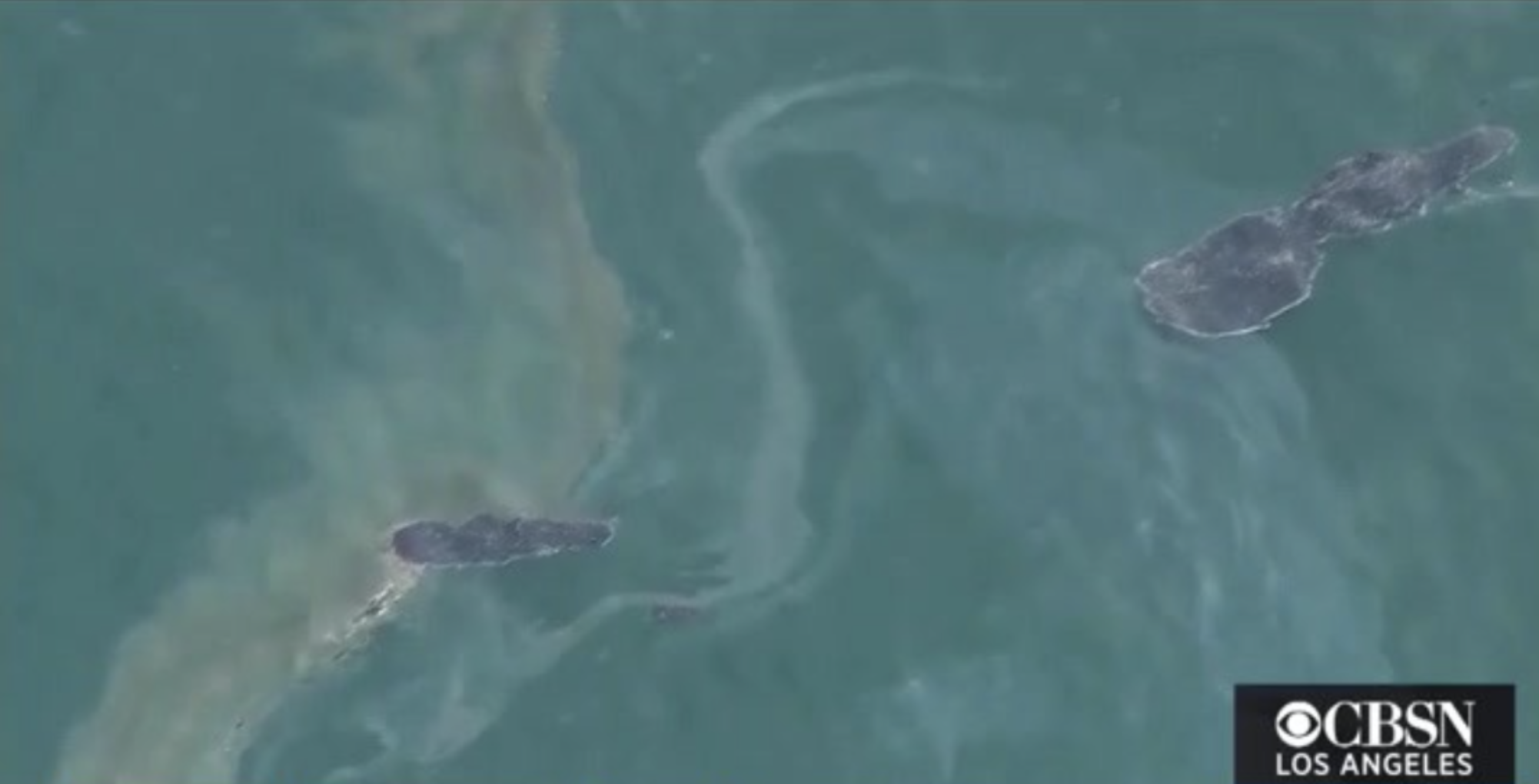 There were reports that the cargo ship Rotterdam Express could have been involved in the spill, but the ship's owner said the Coast Guard has informed them that they are no longer under investigation.

Though the investigation is ongoing, authorities said that Amplify Energy and anyone else liable for the environmental catastrophe will pay for the cleanup and more.

"They are also liable for economic losses experienced by our citizens and by our small businesses," Assemblywoman Cottie Petrie-Norris said.

About two dozen oiled seabirds, including a handful that are federally threatened, have been recovered. Five birds have died as a result of the spill. Of the sensitive habitats, oil recovery crews continue to work the Talbert Marsh in Huntington Beach, which has light oil. Booms are credited with saving vitally important reserves like the Bolsa Chica wetlands.

"We're not out of the woods yet, and we know that there is significant still off our coast," Huntington Beach Mayor Kim Carr said. "However, it seems to be moving south, but we're watching the weather patterns and we know that there's a storm coming in. So, we just really want to be cautious."

The Coast Guard on Thursday revised its estimates of spilled oil, saying the minimum amount of oil that leaked from the pipeline is around 25,000 gallons, though they could not be more specific than that.

While Dana Point reopened its county beaches Thursday, the overall impact along the O.C. coast as a result of the spill remains significant.