LOS ANGELES (CBSLA) — Angelenos with weekend plans might want to leave the car at home – there are several scheduled road closures, including a big stretch of the 101 Freeway and the streets that will be taken over by the LA Marathon. 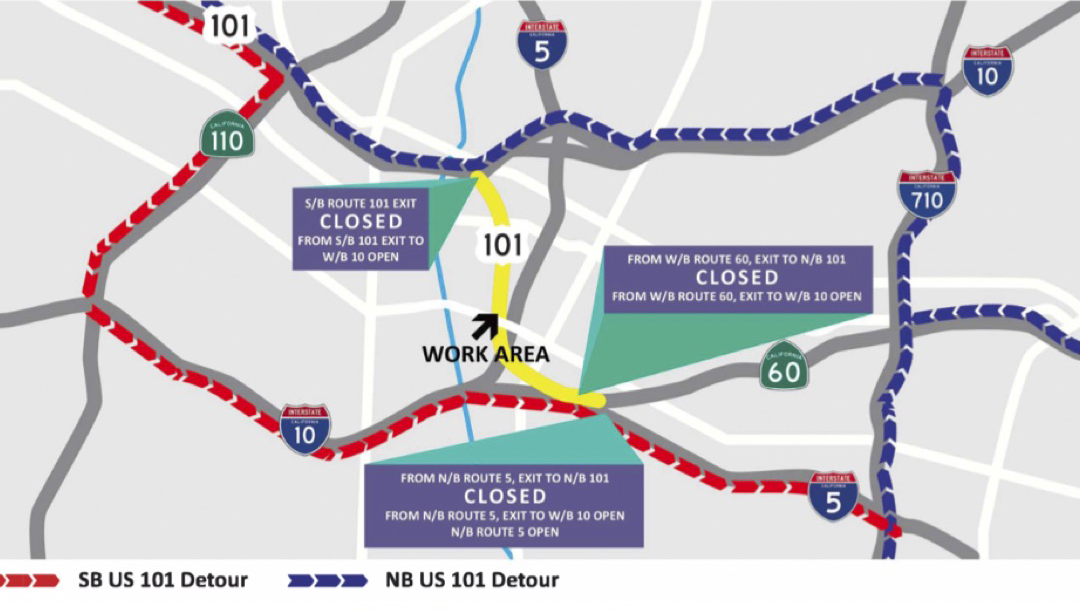 The biggest closure involves both sides of the 101 Freeway from the 5 and 60 Freeway split in Boyle Heights to downtown Los Angeles. The freeway will be fully closed for the second time so construction crews can continue to remove bridge falsework, which is part of the Sixth Street Viaduct Replacement Project - a $588 million project set to benefit drivers in Los Angeles. It will also feature sidewalks, space for bikers and a 12-acre park.

With the LA Marathon taking place Sunday, surface street driving in Los Angeles won't be a picnic, either. This year's LA Marathon starts at Dodger Stadium and will wind its way through Echo Park, Silver Lake, Hollywood, West Hollywood, Beverly Hills, Westwood, and Brentwood, before the route turns and finishes in Century City - covering nearly 26 miles of surface streets.

Road closures will begin at 4 a.m. Sunday and are scheduled to last until at least 2 p.m., but crews will be on hand to reopen roads to traffic as quickly as possible. Additionally, parking will not be allowed along the marathon's route. Drivers can follow Unified LA on Twitter for updates.

Caltrans will also close several freeway ramps and turn lanes of the 101, 110, and 405 Freeways between 1 a.m. and 4 p.m. for the marathon. Those closures include:

Happening this weekend also, Caltrans will shut down a stretch of the 210 Freeway through Sylmar, while several intersections in Burbank will also be closed – both for paving work.