ANAHEIM (CBSLA) - While Disneyland prices have historically been considered expensive, reports suggest that the iconic family vacation getaway is growing so costly it may soon price some families out entirely.

According to Business Insider, prices at five star hotels in and around Disneyland and DisneyWorld are skyrocketing. 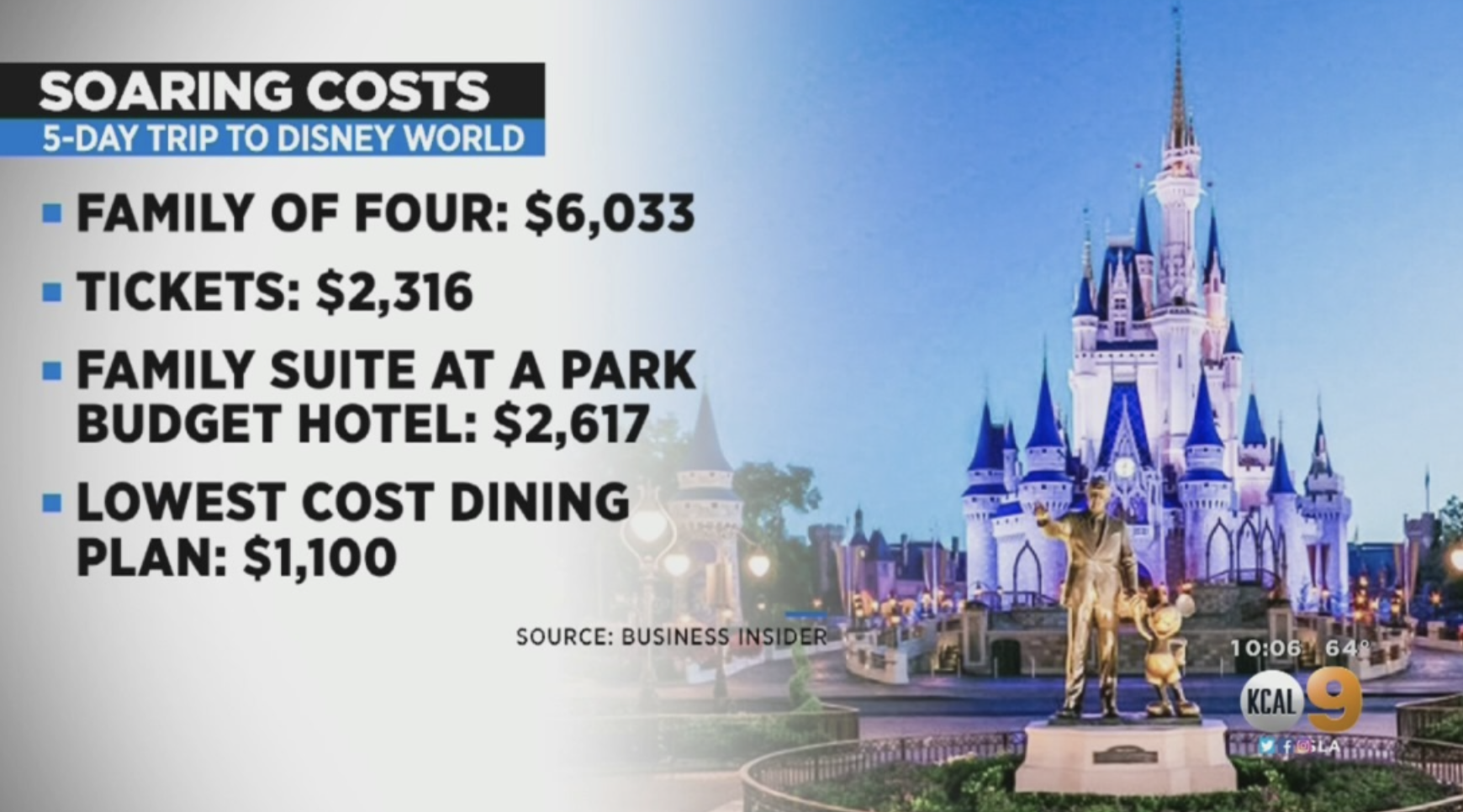 A five day trip to DisneyWorld, Business Insider reports, runs around $6,033, with tickets costing $2,316. A family suite at one of the park's budget hotels will put people back some $2,617, with the lowest cost dining plan coming in at around $1,100.

"It's more expensive than the last time I was here," Amy Klapprott told CBSLA's Stacey Butler. Klapprott added that she'd been at the park only last February.

Another park visitor, Chelsie Horton, said she and her husband paid $425 a night for a nearby hotel for a room that used to cost them in the range of $200-$250 a night in off-peak season or when Disneyland wasn't necessarily reopening after being closed during the pandemic.

"Disneyland reopened, yay," Horton said. "We love that, but then also it's summer, so everyone being here tourist-wise just of inflated the prices that way."

Disney super fan and Mice-Chat blogger Dusty Sage said the spike in prices is primarily the high end hotels, some of them raising their prices as high as $800 a night.

On Sunday, Father's Day, Disney's Paradise Pier Hotel is $435 a night and the Grand California is $584, though Sage said most hotels are still affordable. He added that the people most likely to feel the price squeeze are former season pass holders.

"Now, all of a sudden it's very expensive to visit Disneyland if you don't have an annual pass because you have to pay the full price and that can be very expensive for a family of four," the blogger said.

Whitney Thiessen admitted the prices without the season pass are hurting them because they no longer eligible for the discounts.

"Worth it. It's Disneyland. Why would it not be worth it?" Horton said.