LOS ANGELES (CBSLA) - Time and again, high-speed pursuit suspects attempting to evade police put the public in danger, both other drivers on the road and any pedestrians who happen to be nearby.

Law enforcement agencies must then make the difficult decision to either keep chasing the suspect or end the pursuit because of dangerous driving.

Monday night, a pursuit suspect nearly struck a pedestrian in a crosswalk as officers with the Los Angeles Police Department chased the driver on streets and freeways. Ultimately, police called the pursuit off because the suspect, who was driving on the wrong side of the road at points, was driving too recklessly.

These types of images are tough for Linda Quinonez to watch.

"I don't know what you get out of chasing these people," she said.

Quinonez's brother and sister-in-law were killed in 2009 when a pursuit suspect crashing into the innocent couple's car in West Covina.

David Avila worked for LAPD's Air Support for more than 20 years, and he said that supervisors on Monday night's pursuit made the right call.

"In the best interest of the citizens of Los Angeles during any pursuit is to pull back. We're not necessarily letting the suspect go, but we're thinking about the safety of the citizens," Avila said.

Law enforcement experts said pursuits are called off more than the public might be aware. In January, the pursuit of a motorcyclist was called off after it became too dangerous. Officers backed off, but the rider still crashed.

Former LA County Sheriff Jim McDonnell said ground officers and their manages have to make risk assessments once they have a license plate of a chase vehicle.

The goal is deescalate an already dangerous situation by going into tracking mode with a helicopter.

"The policies within different departments have changed and have moderated over the past years, not only locally, but across the country. And every time we see a pursuit end in tragedy, I think it's a reassessment of our policies and procedures," McDonnell said. 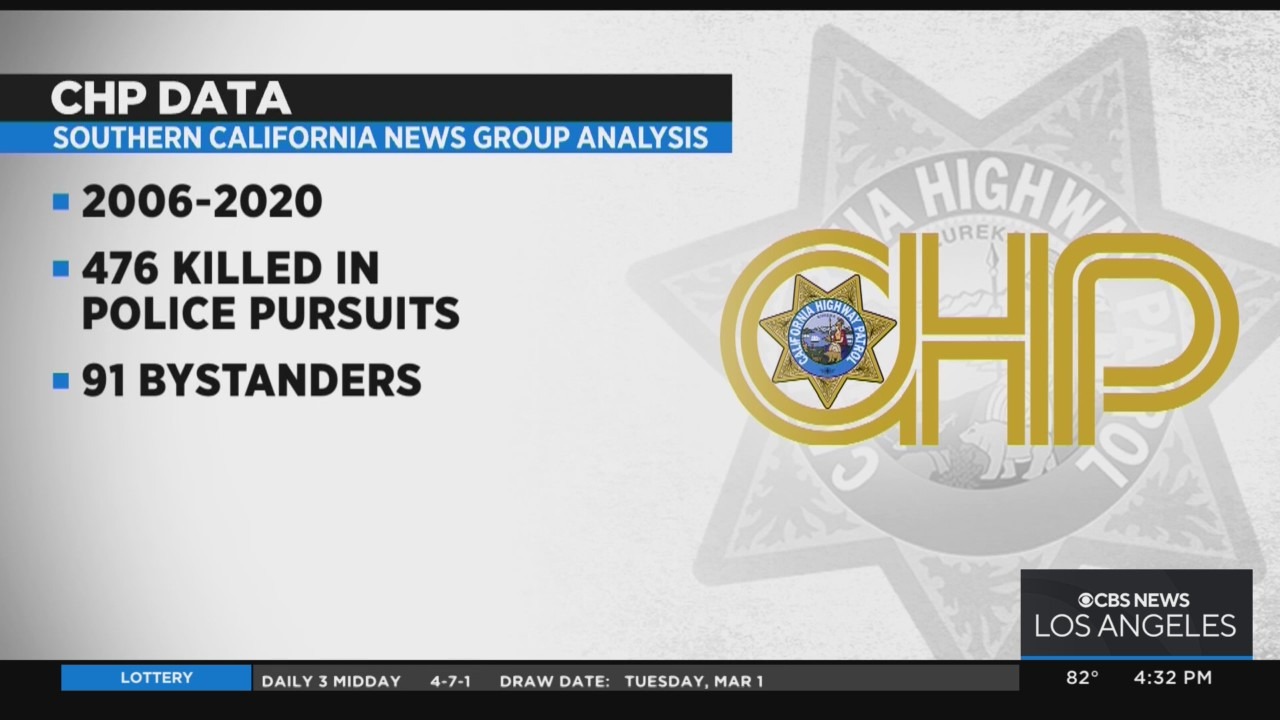 According to California Highway Patrol data, analyzed by Southern California News Group, nearly 500 people were killed in police chases between 2006 and 2020. Nearly 100 of those were bystanders, like Quinonez's brother and sister-in-law.

"We cannot grasp the understanding because we have no justice for anything," Quinonez said.