IRVINE (CBSLA) - At voting centers in Orange County, a steady stream of people showed up to cast their ballots in the gubernatorial recall election, with at least 50 people in line before lunchtime at city hall and long lines just 30 minutes for polls closing.

Asked why he wanted to vote in person, Irvine voter Anton Acre said he enjoys showing up for the hands-on approach.

"Honestly, it's part of the civic duty. I like being a part of the physical process," Arce said.

Charlotte Coleman, another Irvine voter said she even had conversations with others while she waited her turn to vote.

"I was talking to a person and we definitely were voting different, but it wasn't like hostile, but more like respecting everybody's right to have a choice, right?" she said.

In Santa Ana, some folks were bringing their ballots to the voting centers to drop in person.

Another dozen or so voters in Santa Ana waited for the opportunity to vote inside at the Orange County Registrar's Office after lunchtime.

John Ramirez said he preferred to cast his vote in person.

"The last couple of days, the last week, people started paying attention. That's what I'm seeing because even though we had that early onslaught of those returns, we're starting to see a little bit of a pickup again, which is good. So, voters are now paying attention. They're seeing things in the media and reading things, which is good" Kelley said. 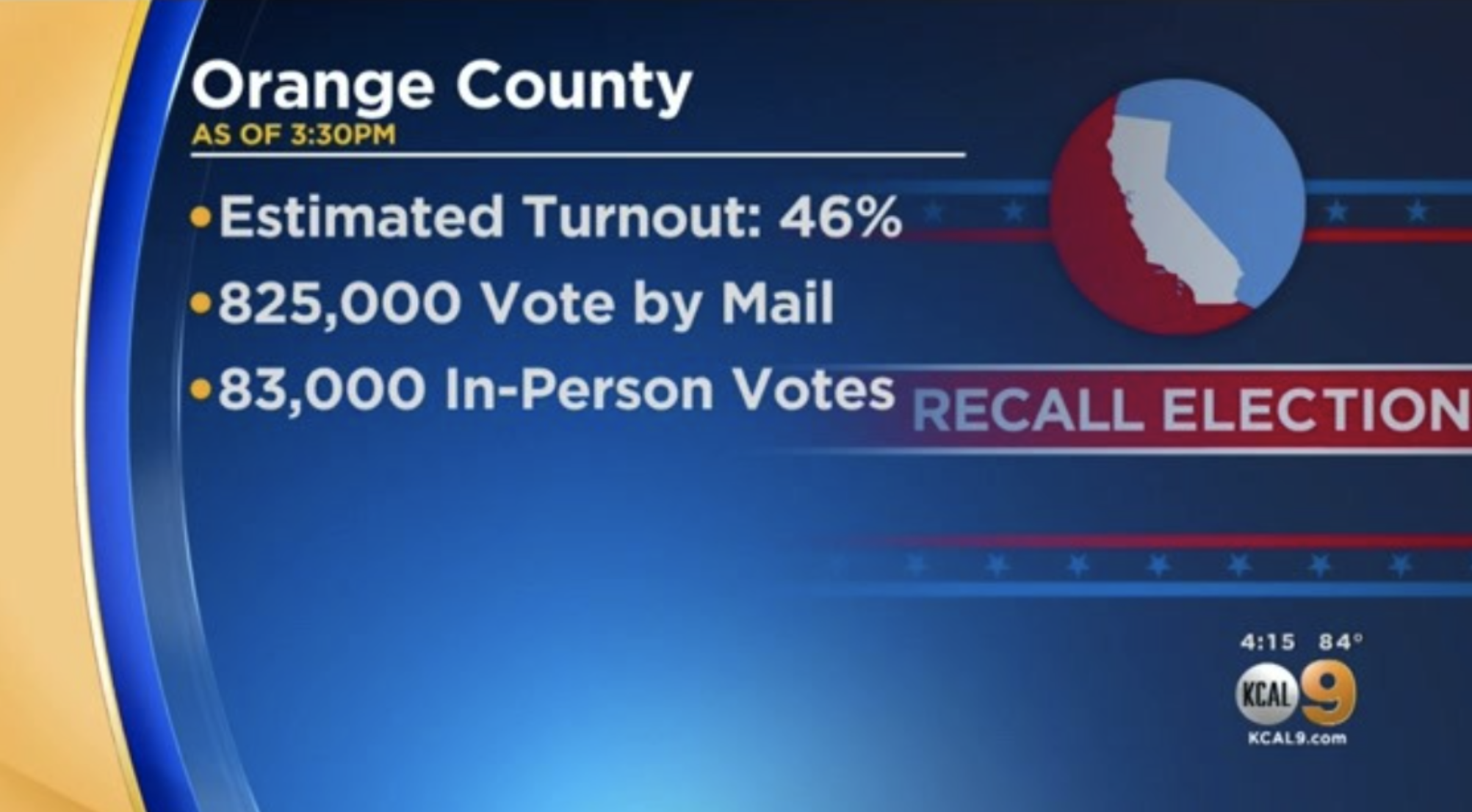 As of 3:30 p.m. today, turnout by voters was estimated be about 46%. For comparison, when Arnold Schwarzenegger won the recall election in 2003, turnout in California was 61%. Some 825,000 people have voted by mail in Orange County and 83,000 have voted in person.

The bulk of Orange County results should be announced by about 8:05 p.m.