Ten years ago, the then 24-year-old left the LA County Sheriff's Station in Malibu and was never seen alive again.

Her remains were found about a year after she disappeared.

Today, her father spoke at a memorial gathering  for his daughter.

The father became emotional as he thanked Sheriff Villanueva for attending a memorial on the anniversary of the disappearance of his daughter. 24-year-old Richardson went missing back in 2009 after she was released from the Sheriff's Malibu-Lost Hills Station in the middle of the night  even though she did not have transportation, a phone or a wallet. Authorities said she she may have been suffering from mental illness.

About a year later her remains were found not far a way in a ravine. Her family wants to know exactly what happened. 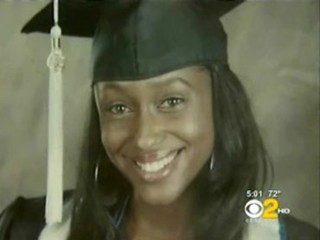 The coroner was not able to determine the cause of Richardson's death.  Sheriff  Villanueva promised his department would take another look at the case.

Richardson's family believes she was the victim of foul play.

Back in 2017, then California Attorney General Kamala Harris reviewed the cast and cleared the Sherriff's department of any wrong-doing or misconduct.
-