LOS ANGELES (CBSLA) - A new report by U.S. Drought Monitor says that most of Los Angeles and Ventura counties, as well as half of Riverside County, are now in 'severe drought.'

"Precipitation amounts from the Pacific weather systems that moved across the West this week were patchy and not enough to erase months of deficits," the report said.

Severe drought can cause trouble in many areas, leading to water restrictions being put in place. Wildlife, like bears, may roam into populated areas when water is hard to find, and the agriculture industry in the state suffers.

"When you have this perfect combination you have dead trees, you have dry fuels, you have a very dry atmosphere—this is the perfect recipe for massive wildfires," added Tirtha Banerjee, assistant professor at U.C. Irvine.

The dry conditions are worrying firefighters about potential fire danger in California. 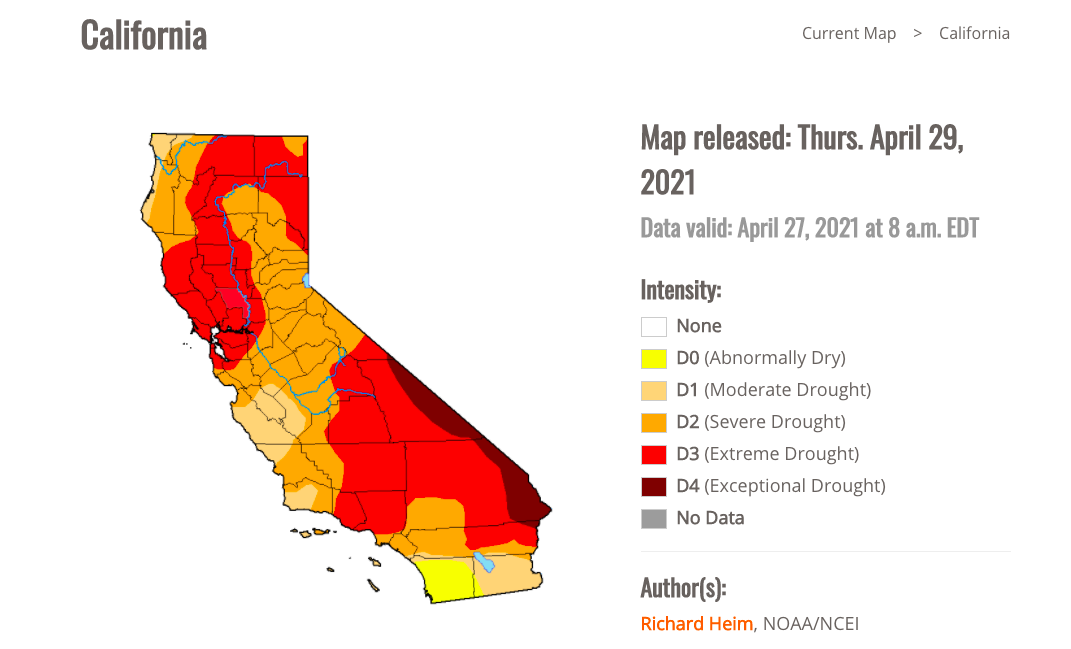 the state because of the heat and extremely dry and volatile fuels.

"This year is shaping up to be another potentially dangerous year," he said.

Chief Heggie added because the moisture level inside the fuel is so low right now, there will be a longer and hotter fire season. Cal Fire is being as proactive as possible.

"What we've seen is the lack of rain over the wintertime really affecting the fuels or the brush here in California. With that you get the potential for a repeat of what we saw last year," said Heggie.