MOORPARK (CBSLA) — Police say they have arrested an identity thief who used a Moorpark man's identity to buy almost $250,000 worth of high-end luxury vehicles.

Andrew Knight, 27, was arrested Tuesday in West Los Angeles, where Ventura County sheriff's investigators found him, Ventura County sheriff's Detective Sgt. Kevin Lynch said. Knight allegedly used the identity of a Moorpark man to take out a credit card and buy two high-end luxury vehicles -- including a white 2016 convertible Bentley and a black 2020 Land Rover -- worth a total of about $250,000. 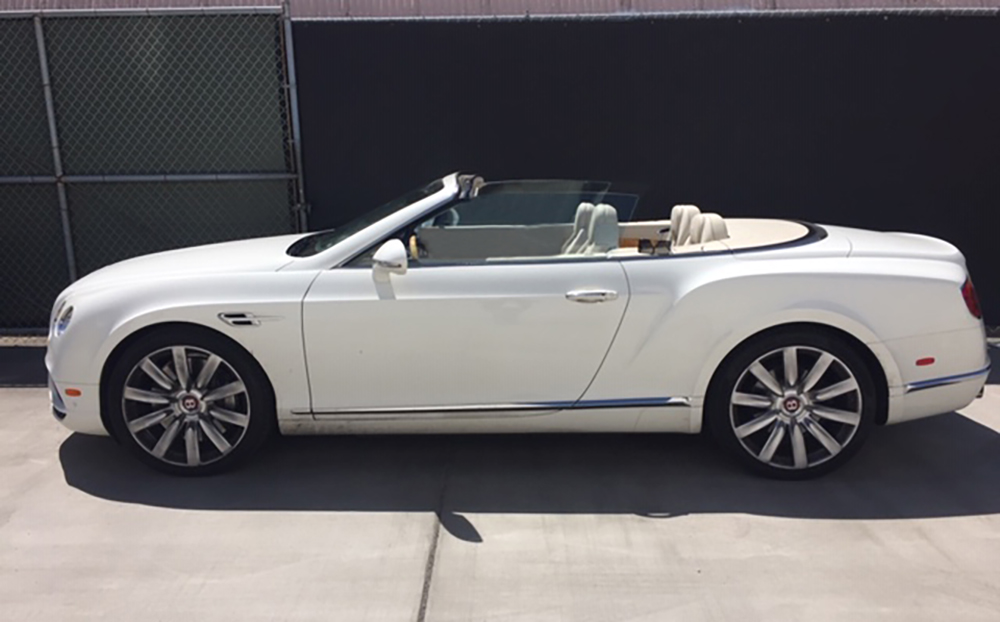 The Bentley GTCV8 was recovered when Knight was arrested, Lynch said. The Land Rover, which has a paper license plate AY95B87, is still outstanding.

Knight is being held on $200,000 bail and is scheduled to make his first court appearance Thursday.