SAN DIEGO (CBSLA) – Authorities Monday identified the eight Marines and one sailor who were killed in a training accident off the coast of San Clemente Island last week. 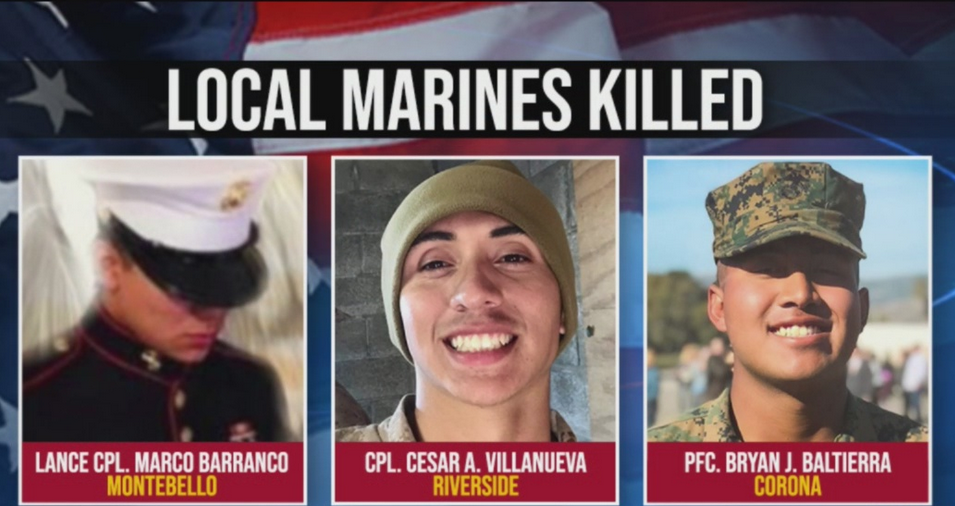 Only one of their bodies has so far been recovered, that of 20-year-old Lance Cpl. Guillermo S. Perez of New Braunfels, Texas. The other eight remain missing and are presumed dead. The search for them was halted on Sunday.

On the evening of July 30, 15 Marines and a sailor were inside an amphibious assault vehicle as part of a routine training exercise when it began to take on water and eventually sank.

The eight men presumed dead are:

Five of the seven survivors were rescued and brought aboard USS Somerset.

All are part of the 15th Marine Expeditionary Unit based at Camp Pendleton in north San Diego County.

Private First Class Bryan Baltierra's mother says her son died a year after he was sworn into the Marine Corps.

A written statement said in part: "My dear Bryan, my One & Only Son, was a wonderful man who radiated positivity and expressed his wonderful smile to all he met."

San Clemente Island, the southernmost of the Channel Islands, is located about 78 miles off the coast of San Diego.