ORANGE (CBSLA) — After a manhunt that lasted more than two weeks, a couple in their 20s were arrested outside their Costa Mesa apartment Sunday night in connection to the 55 Freeway road rage shooting that took the life of 6-year-old Aiden Leos on May 21. 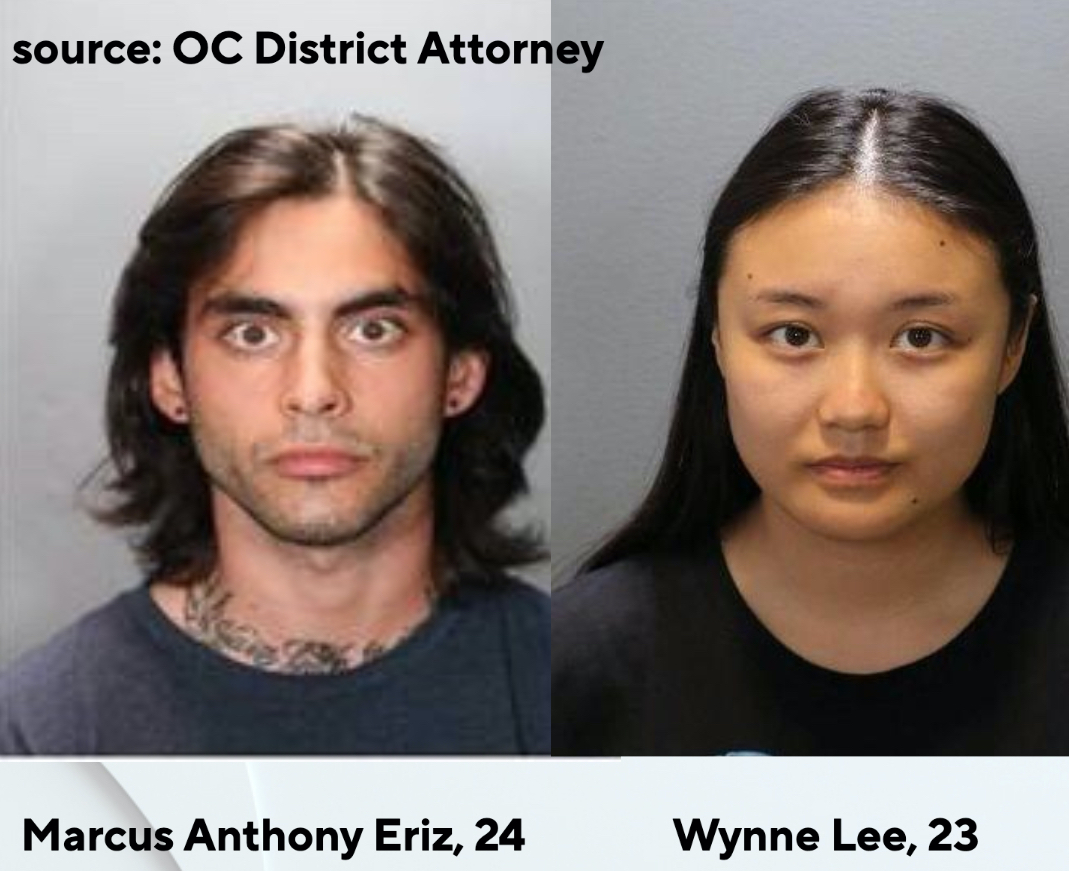 California Highway Patrol, the lead agency in the investigation, announced Monday that they have also located the vehicle and firearm used in the shooting.

"We have recovered what we believe are the weapon and automobile used in the crime," Assistant Chief Don Goodbrand said. "Information from the public throughout this process has been extremely helpful."

CBSLA learned that California Highway Patrol investigators had placed the couple under surveillance for an unspecified period of time. Officers followed the pair from a restaurant Sunday before arresting them outside their Costa Mesa residence.

CHP Patrol Capt. Mike Harris said Monday that he spoke to Aiden's mom about the arrests.

"I FaceTimed her," he said. "I let her know what had taken place. She was very emotional."

The Orange County District Attorney's Office Monday announced 24-year-old Marcus Anthony Eriz and 23-year-old Wynne Lee were the two arrested. Eriz is suspected of being the shooter, while Lee is believed to have been the driver. They are believed to be romantically involved.

Orange County District Attorney Todd Spitzer told CBSLA that murder charges may be on the table, but that a decision on the exact charges will come soon, once prosecutors have been fully briefed on evidence gathered by CHP investigators.

"We'll be and we are as we speak executing search warrants to get additional evidence that we're going to and want to collect," Spitzer told reporters Sunday night. "And we're putting this case together. I feel very, very good about the case."

A memorial service for Aiden was held Saturday.

On the morning of May 21, Aiden was in a booster seat in the back of his mother's Chevrolet Sonic, on his way to kindergarten in Yorba Linda, when the shooting incident occurred on the northbound 55 Freeway in the city of Orange.

Joanna Cloonan, Aiden's mother was involved in a road rage incident with the occupants of a white Volkswagen station wagon over a perceived unsafe lane change, according to CHP. Detectives believe a woman was driving and a man, who was in the front passenger seat, committed the shooting itself.

The reward for information leading to the arrest of the  suspects has surpassed $500,000. So far there's been no word on what will happen with the reward.

At Monday's press conference, Spitzer had tough words for the suspects in the shooting.

"I'm here to tell you, this is Orange County, California," Spitzer said. "And when you commit a crime in our county, you're going to be held responsible to the fullest extent of the law."