LOS ANGELES (CBSLA) - A homeless man was rescued from a ravine in Bel Air Wednesday after having spent several days in thick brush without food or water.

A resident living near 2415 Nalin Drive, near Roscomare Road, reported to police at about 4:30 p.m. that they heard calls for help coming from the brush about 500 feet from their home, said Brian Humphrey of the Los Angeles Fire Department. 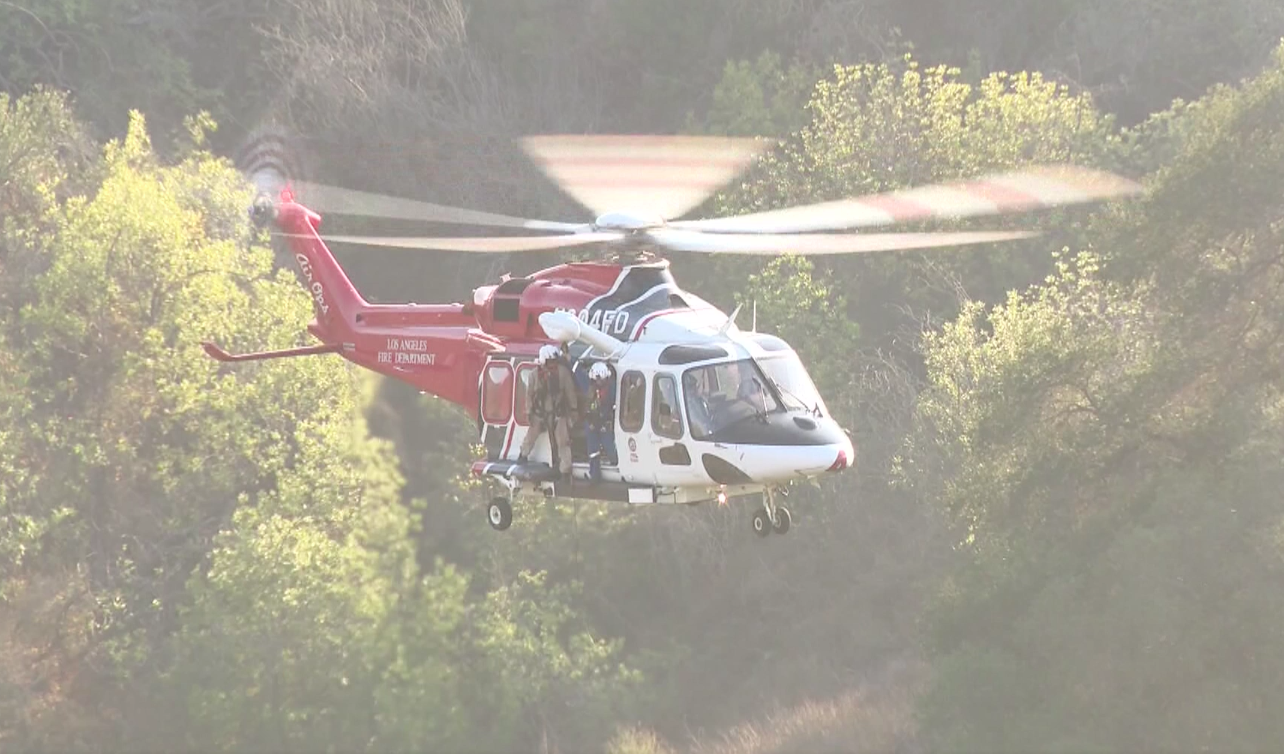 Los Angeles Police Department ground and air units searched the area for any sign of a person in distress, but could not find them.

LAFD helicopters were called in to assist the search, Humphrey said. A paramedic was lowered into the brush to look for the source of the calls for help and found the man lying in the brush in a ravine after about 40 minutes of searching.

The area the man was found in was so thick with brush that the paramedic would not have been able to find him if he was not moving, Humphrey said.

The man had been in the area for several days, possibly up to a week, without food or water, according to the LAFD. He was so emaciated that he required support from paramedics to stand and be put on a stretcher to be airlifted to safety.

It was not immediately known how the man got into the brush. Humphrey said it was possible the man was living in the ravine, but LAFD units did not find an encampment belonging to the man in the area.

The man was taken to a hospital, where he was listed in serious condition. His name was not released, though the LAFD said he was in his 40's.