LOS ANGELES (CBSLA) — A suspect was taken into custody Monday after threatening people with a metal pipe on the Miracle Mile --  and later assaulting an LAPD officer with it.

Officers responded to the 600 block of La Brea Avenue just before 12 p.m. after receiving a call regarding a man armed with some type of pipe, according to LAPD Officer Mike Lopez.

Construction workers there called 911 after the suspect began throwing their tools. It's believed he grabbed the pipe at that construction site.

Police chased him from there to the corner of Wilshire and Detroit.

According to Lopez, officers confronted the suspect and he then used the pipe to assault one of the officers. 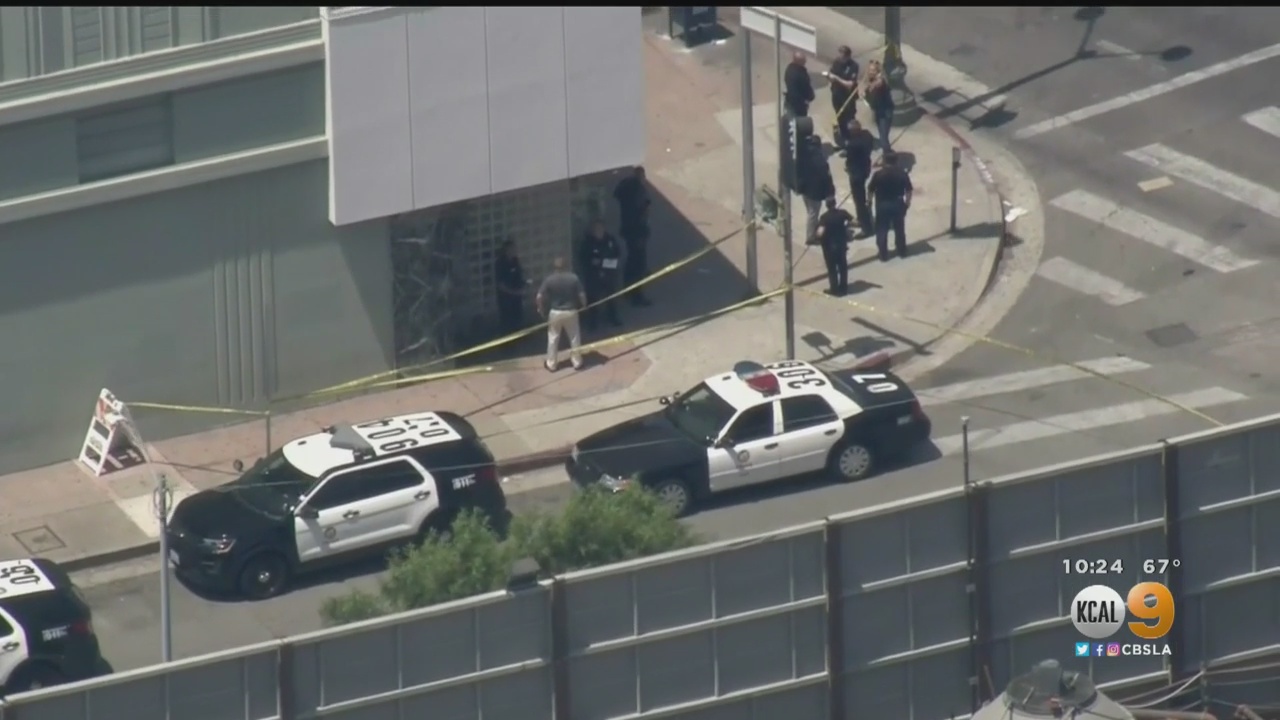 Jason Azikiwe, who witnessed the arrest, tells CBSLA that the police fired a non-lethal weapon at the man when he disobeyed an order to drop the pipe and get on the ground. It was ineffective, and the officers were forced to wrestle the suspect to the ground.

The injured officer was treated on scene and was said to be in stable condition with minor injuries.

The suspect was taken into custody with minor injuries.

A section of Wilshire Boulevard was closed  Monday afternoon to allow police to conduct a use of force investigation where the arrest occurred.