LOS ANGELES (CBSLA) -- Police are searching for two men who have been approaching women in Los Angeles neighborhoods and groping them before fleeing.

They flee the scene either on foot, bicycle, skateboard or in a silver Mercedes Benz sedan.

As many as 13 sexual batteries have occurred between May 14 and June 16 in the Palms and Venice neighborhoods. Police believe there could also be additional instances in Culver City and Marina del Rey.

LAPD shared a video of one of the suspects skateboarding, wearing a mask and a red Adidas tracksuit.

The other suspect's clothing description was harder to make out based on the image but he appeared to be wearing a red shirt with cut-off sleeves and black pants or joggers, with a black hat.

The two men have not been spotted together, according to police, but authorities believe they may be working together.

Anyone with information about the incidents or the suspects is urged to call LAPD's Operation West Bureau, Sexual Assault Section, at 213-473-0447.

See the LAPD flyer below or LAPD's tweet about the incident for more information. 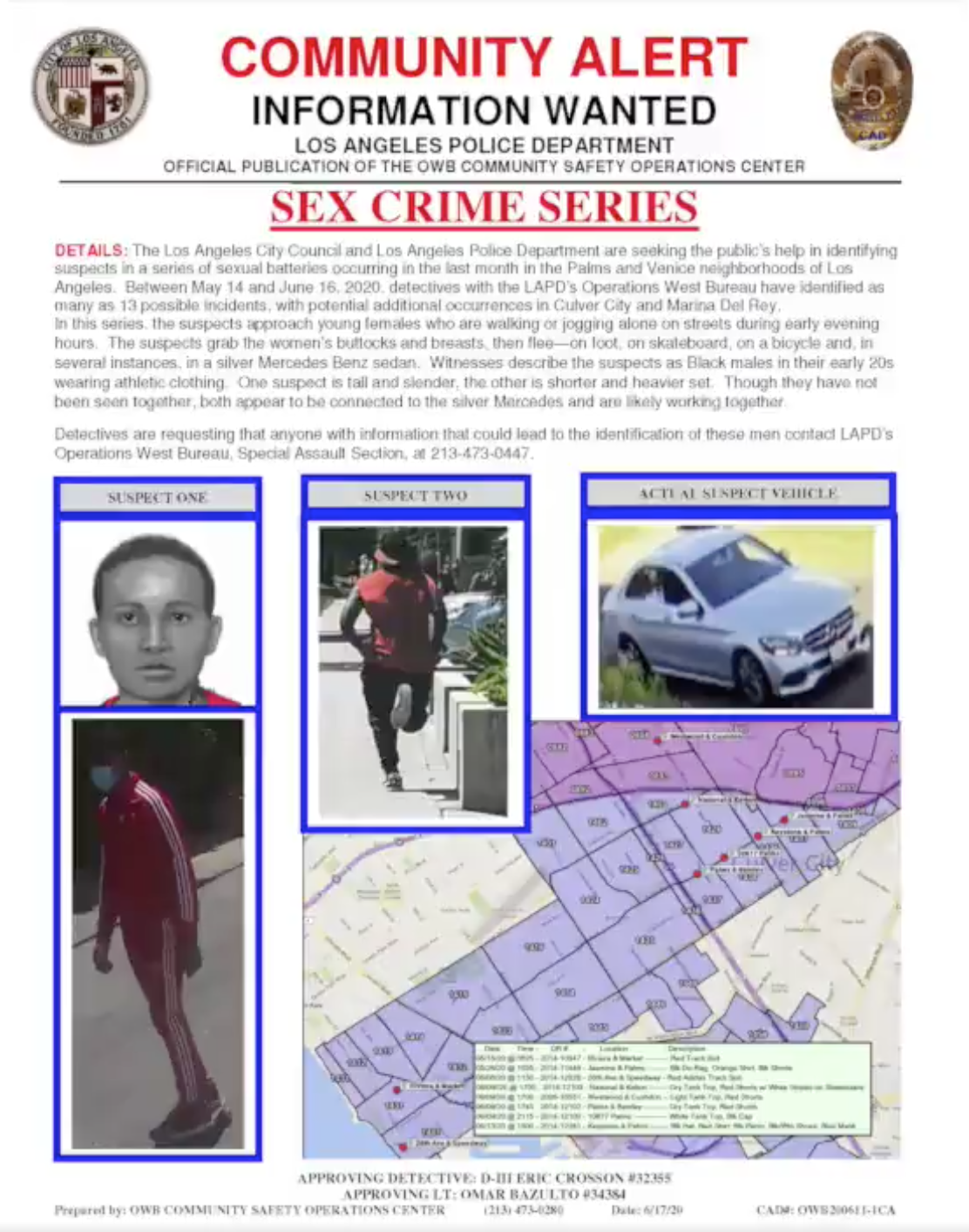