LOS ANGELES (CBSLA) - On Thursday, officials with LA County announced a lawsuit seeking millions in civil penalties related to the noxious odor that began emanating from the Dominguez Channel and engulfed the City of Carson in October last year. 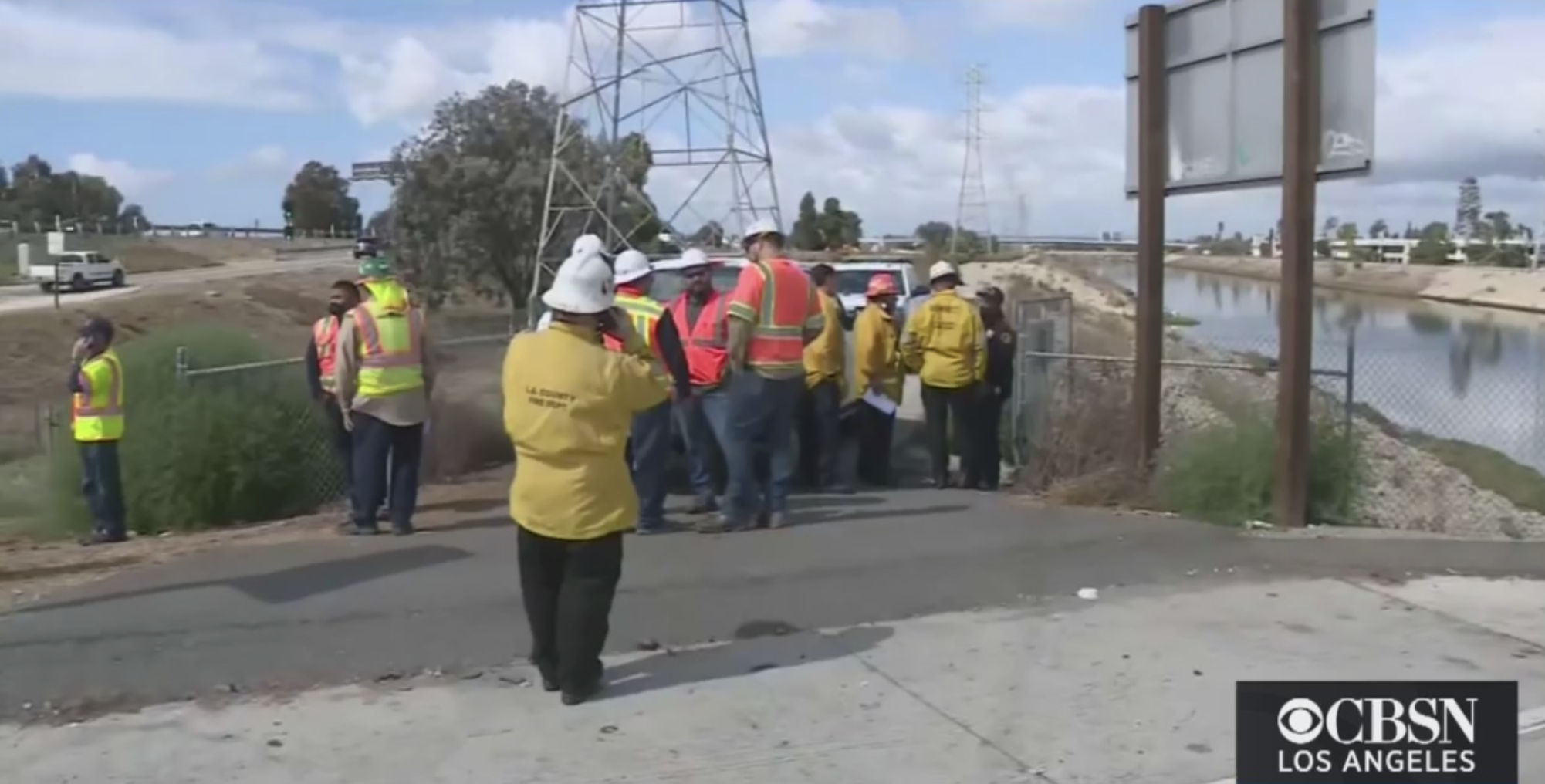 The suit, filed in Superior Court, named 10 defendants, including tenants and property owners of the warehouse in Carson where a massive Sept. 30 fire released illegally-stored chemicals into the Dominguez Channel and created hydrogen sulfide gas odors that caused a public nuisance affecting thousands of residents.

Among the defendants, Liberty Property Limited Partnership, which owns the warehouse, and its parent company, Prologis Inc., were named.

According to the county, both the tenants and corporate owners of the warehouse facility were aware of the hazards and danger and could have prevented the conditions that lead to the fire.

"As a result of the fire, chemicals from the site entered the storm drain and then the Channel resulting in the creation of hydrogen sulfide gas that significantly impacted thousands of County residents," officials said in the release.

Officials also said that the county and its Flood Control District incurred tens of millions of dollars in response costs as a result of the incident, such as relocation for residents, air filters and abatement measures.

The lawsuit seeks to recover the county's costs in responding to the incident, as well as obtain injunctive relief and civil penalties for the public nuisance, unlawful business practices and the violation of hazardous waste and other laws.

"What the residents along the Dominguez Channel were put through is unforgivable. The months-long odor meant financial and emotional stress, on top of the weeks of discomfort," said Supervisor Janice Hahn. "While this lawsuit can't make up for what happened to everyone who was displaced from their homes, it is important that these businesses are held accountable. I also hope this will help prevent this from ever happening again."