LAGUNA BEACH (CBSLA) - Several local legislators and conservationists, including actor and activist Jane Fonda, met at Main Beach in Laguna Beach to call for a ban on all offshore oil drilling after hundreds of thousands of gallons poured into the ocean off the coast of Huntington Beach. That includes existing leases that they say could run off the Orange County coast for decades.

"This means we can't just demand an end to offshore drilling. We need to demand that Governor Newsom issue no new permits for new oil wells immediately," said Fonda.

A new bill banning oil drilling in state waters will be introduced in January by Senator Dave Min.

"As long as there's drilling, there will be spilling. That's just a fact," said Min. 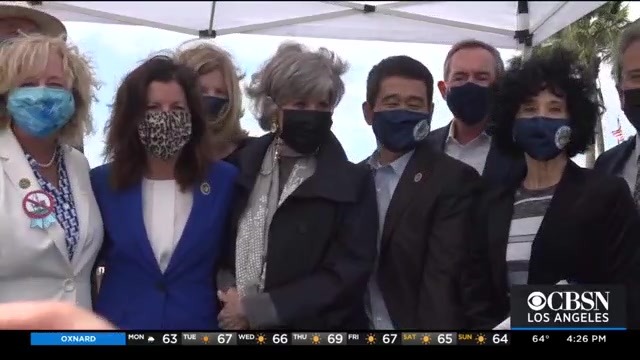 The Coast Guard is continuing to investigate a Swiss Italian container ship in the Port of Long Beach after boarding the vessel over the weekend.

The Mediterranean Shipping Company was involved in an anchor dragging situation, officials say, during a heavy weather event off the coast in January.  The ship may be connected to the oil pipeline break that caused the spill along the Orange and San Diego County Coastlines.

There was a Congressional hearing on the leak Monday chaired by Orange County Congresswoman Katie Porter. 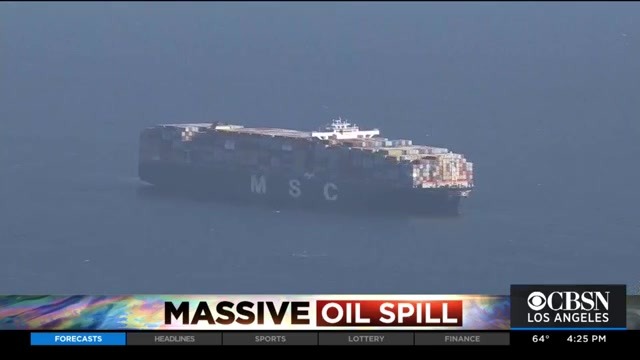 "If it's floating then it's going to follow the currents and the winds and it got moved around and will probably come ashore somewhere south of here," said David Valentine, a UCSB Marine Science professor.

Porter agrees saying that there's a risk that the spill can spread much further south, citing a 1,000 mile long spill several years ago in Brazil that resulted in oil being washed up in Florida.

"It could come ashore say Mexico, further south, somewhere where people are not looking for it, don't recognize it, don't know not to touch it," said Porter.

There's been no comment from The Mediterranean Shipping Company. The Coast Guard says it will be looking at multiple container ships that may have damaged the pipeline.