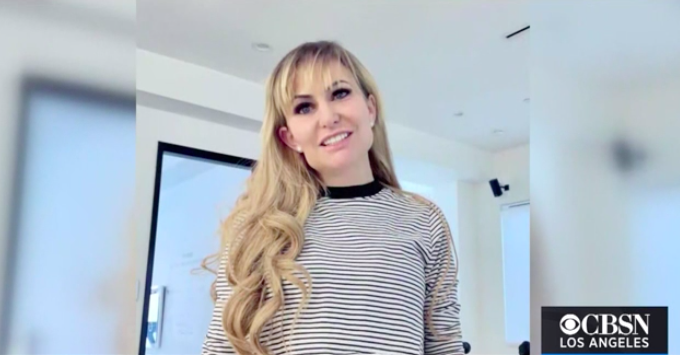 Investigators found more video on Thursday that could hold valuable information to her case.

The video shows Planck's boss, Jason Sugarman, ringing her doorbell before leaving a box of muffins on her doorstep.

Sugarman, though not indicated by law enforcement officials as a person of interest in the case, has raised the suspicions of many of Planck's friends.

Sugarman and many within his company, Camden Capital Partners, are currently being investigated by the Securities and Exchange Commission. The investigation is looking into an alleged $43 million stolen from unwitting pension funds by the company.

Planck's ex-husband has issued his opinion that her disappearance may be related to the investigation, as she is the company's Financial Controller.

Friends and family continue their search for Heidi, posting fliers in new locations on a day-to-day basis.

They hoped on Thursday that they would find her, more than most other days. With good reason - it was her son's 11th birthday.

Planck has been missing since she was last seen at her son's football game on October 17. Her dog was found hours later on the 28th floor of an apartment complex in Downtown Los Angeles with no indication as to why it was there, and Planck nowhere to be seen.

Investigators were also able to finally seize video footage from the apartment complex after weeks of lack of cooperation on their part, refusing to turn over the video without a warrant.

Since then, detectives, investigators, SWAT teams and other law enforcement forces have continued their search for the missing woman. On October 29, officers entered her home with a warrant and guns drawn, expecting to find a crime scene.

Hundreds of attempts to contact her have been futile, even those from her son.

Friends plan to hold a prayer vigil for Planck on Sunday, November 6 at the apartment complex. 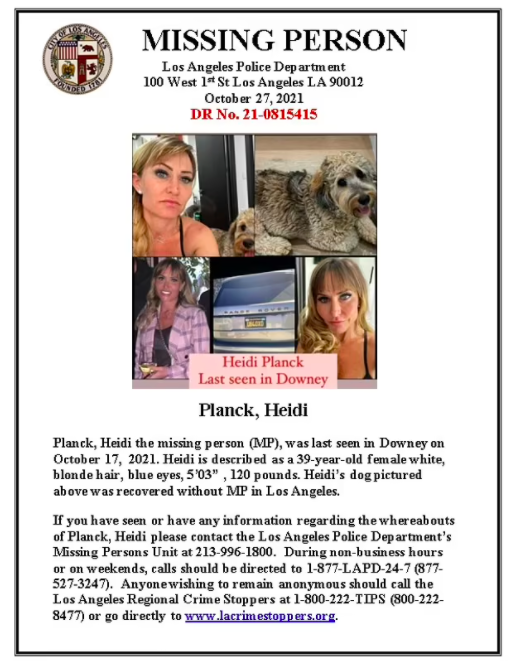 When she was last seen, Planck was wearing jeans and a gray sweater, driving her 2017 gray Range Rover with a black-and-yellow California license plate of 'U840X0.' She is white, 5-feet-3 inches tall and weighs about 120 pounds, with blond hair and blue eyes.

Anyone wishing to remain anonymous should call the Los Angeles Regional Crime Stoppers at 1-800-222-TIPS (800-222-8477) or go directly to http://www.lacrimestoppers.org.