The suit was filed on behalf of Banzai Surf School and other local business owners.

"I think it's important to file this lawsuit because we need to protect the environment," attorney Gary Praglin said.

With beaches still off limits to surfers, swimmers and boaters, the lack of traffic in the area means fewer dollars for numerous shops like Trip Outdoor. Owner Billy Stade said his business has dropped by some 90%.

As cleanup efforts continue in Huntington Beach, the city announced the cancellation of several popular events, including the Rockin' Fig Vintage Surf Festival, Surf City Days and the Huntington Beach Surf Contest. An additional three events scheduled for this month have also been postponed. 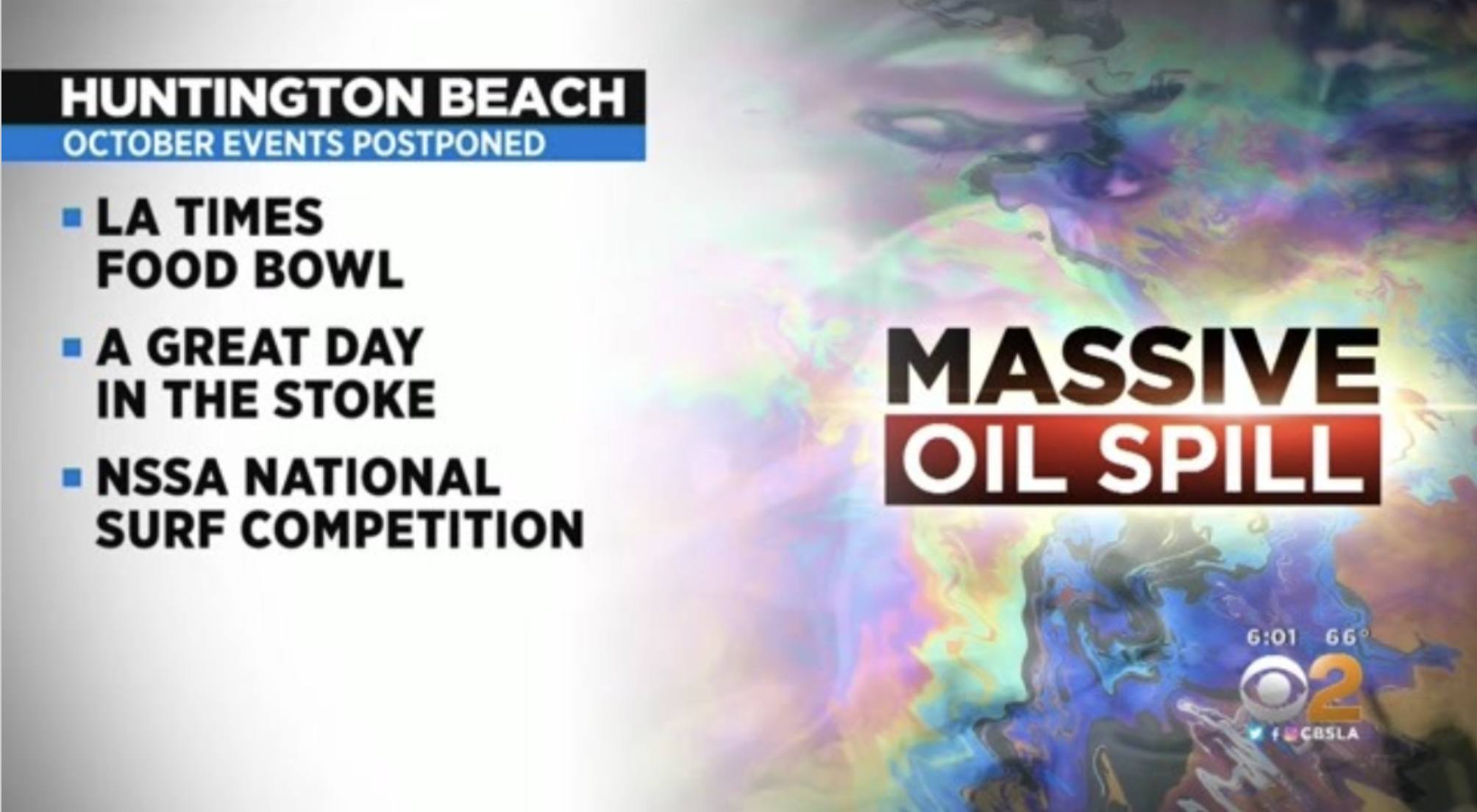 The mayor estimates financial losses have already reached the hundreds of thousands of dollars and said it's the local merchants who really suffer in situations like this.

"These were events that the locals were looking forward to and we know that there's visitors from out of town that come in, that reserve hotels for this. And obviously all of the bars and restaurants in the area, they all gear up for these big events. So, it's really unfortunate we have to cancel all these things right now," Huntington Beach Mayor Kim Carr said.

Additional events could be affected until crews remove enough of the oil that spilled into waters off OC last week.

As for Stade, he's hoping for the beaches can be safely opened as soon as possible.

"A few weeks we could handle, but months could be detrimental to our business," he said.

Attorneys said more businesses, like lobster and clam fisherman, are expected to join the class-action lawsuit.