WINNETKA (CBSLA) - A homeowner in Winnetka is outraged after officers with the Los Angeles Police Department came onto his property and shot his dog with non-lethal force.

Police were called to the home after neighbors said Corey Lennon's pit bull got loose and was attacking people, but Lennon said his home security cameras tell a different story.

"I feel like they were here to shoot the dog, that was it," Lennon told CBSLA. 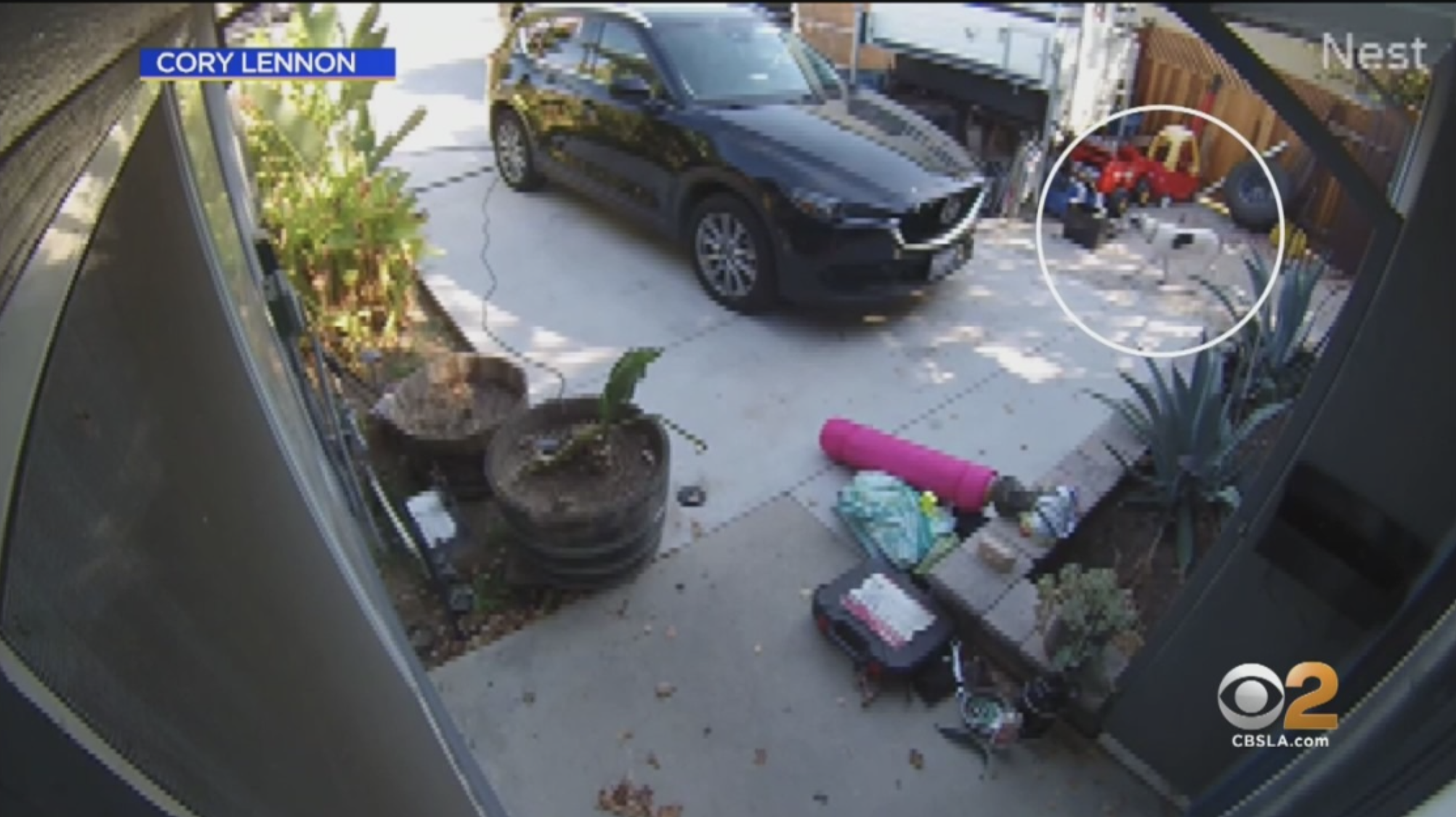 Lennon said he was still in disbelief after watching the video, which appears to show LAPD officers walking onto his driveway and into his courtyard, without attempting to find or speak with him.

One of the officers had a bean bag rifle at the ready. Shortly after arriving, the officer opened fire on the dog at close range.

"I couldn't even wrap my head around it. It was unbelievable. They start at the end of my driveway with guns drawn. You could hear the shotgun in the video, while they're still across the street. And they walk 40 feet up my driveway, while my dog was sitting up there barking," said Lennon.

The dog, named Ruby, was hit by a non-lethal round and suffered an injury to her head.

An LAPD spokesman said officers reported the dog charged at them. The video shows Ruby behind the car and, from the angle, the charge cannot be seen.

"They said that I was very lucky that they didn't use a live round on her face and she should be dead in my driveway," said Lennon.

Defense Attorney Alexandra Kazarian, who's handled similar cases in the past, said there were a lot of questions surrounding whether the officers were justified in how they handled the situation.

Lennon said he wished the officers had yelled for him or his fiancé before opening fire on Ruby.

"I feel like the officers should be held accountable for what they did. There was no remorse about what happened," said Lennon.

The pit bull is expected to recover, but Lennon is unsure just how much damage was done. He plans to file a civil suit against the department.