LOS ANGELES (CBSLA) - Imagine getting a letter saying you're collecting unemployment insurance when you never applied.

Investigative reporter David Goldstein says that's happening to many people as scammers are tapping into their accounts. 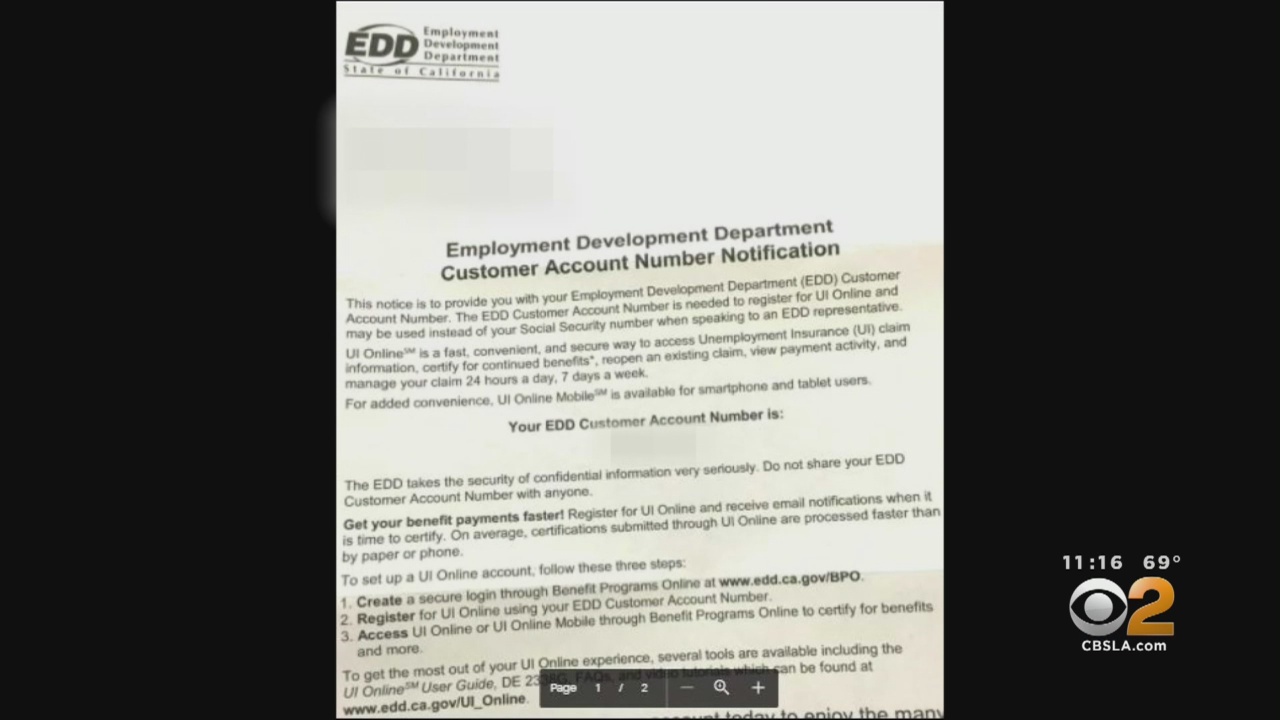 The official letters come from the state to confirm that someone is collecting unemployment insurance. But we found it's really going to scammers who stole their EDD account.

A man who CBSLA is not identifying received these letters from EDD telling him he's been accepted for pandemic unemployment insurance - even though he never applied and has been on disability for years.

"It scared the hell out of me, pardon my French," he said.

Our sources checked EDD records and found a scammer has been collecting $450 a week in his name since March claiming he's an unemployed occupation manager.

MORE: 2 On Your Side: Despite 2-Week EDD Pause, Homeowners Still Getting Dozens Of Potentially Fraudulent Letters

He's not alone. We got another EDD letter sent to us from someone who says benefits were accessed in her name.

And also one where sources say the scammer collected over $10,000 in taxpayer money.

Now the state has stopped taking new claims while revamping the system.

William Kressea, professor at Governors State University, says most people that are getting these letters have probably been victims of identity theft.

"That info is readily available on the dark web. There a whole cache of this info that can be purchased and utilized to file these phony claims," he said.

But this victim is concerned the claim can come back to hurt him.

"You're worried it might come back on your disability hearing...I'm very scared of that one," he said.

The state plans on going back online with claims starting Oct. 5 using an online tool to automatically verify identities of applicants.