GLENDALE (CBSLA) — A woman who had been homeless on the streets of Glendale was reunited with her mother in Oregon, thanks to a lot of help from two Glendale police officers.

Officers Mark Newborg and Daniel Lee, who are assigned to the department's homeless outreach and psychiatric evaluation team, first met 29-year-old Jane sleeping on a bus bench in front of Whole Foods on Glendale Avenue.

Jane had been homeless since 2017, but even though she was tired, hungry and desperate for a shower, she resisted the officers' suggestion she take advantage of resources available to her. Last Thursday, Newborg and workers with Ascencia – which provides assistance to the homeless -- discovered that Jane was interested in reuniting with her mother in Portland, Ore.

Lee, with some help from the Portland Police Department, found the contact information for Jane's mother and was able to arrange a phone call for the first time in years. That call "turned the tide" for Jane, who Glendale police say became willing and determined to go back home.

The two officers, however, didn't simply send Jane home. They brought her to Ascencia for a shower, took her to breakfast, then brought her to Goodwill, where she was able to buy some new clothes to add to some of the clothes donated by another Glendale police employee. Newborg and Lee also brought Jane to Montrose hair salon owner Cindy Burns, who gave her a two-hour makeover. After hearing about Jane's life on the streets, Burns felt moved to give her a pink duffel bag for her journey home, police said. 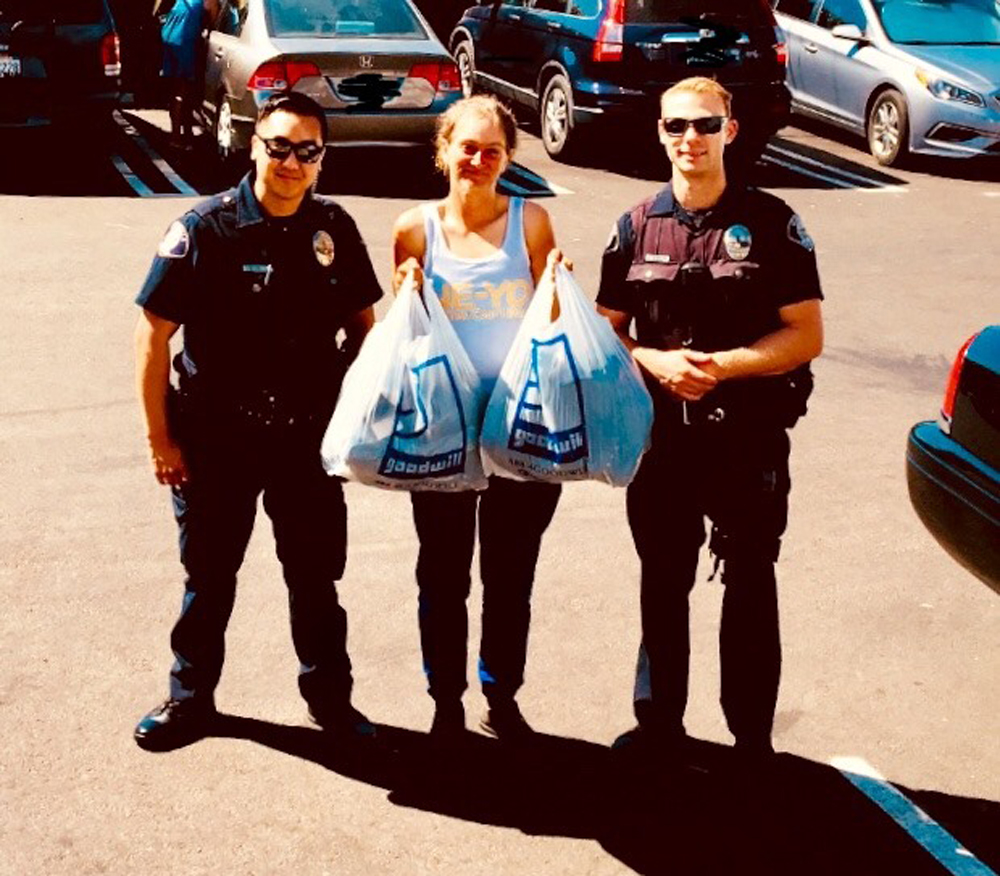 With money for a grant, the officers bought Jane a one-way "reunification" flight to Portland through Alaska Airlines and helped her all the way to the ticket counter because it was her first flight ever. Glendale police says Alaska Airlines, after learning about Jane's situation, checked her baggage for free, provided snacks at the airport and a free meal on the flight.

Jane was met by her mother at Portland International Airport.