PASADENA (CBSLA) — Pasadena Fireman Matthew Busko has been on plenty of bee sting calls during his 12 years as a firefighter, but when he was on the first responding engine to a bee attack Thursday he had no idea a swarm of up to 40 thousand bees was waiting for them.

The Pasadena Fire Department responded to calls of an "animal bite" on Colorado Boulevard between South Bonnie Avenue and North Sierra Bonita Avenue, not knowing it was a swarm of bees, according to CBSLA's Laurie Perez. 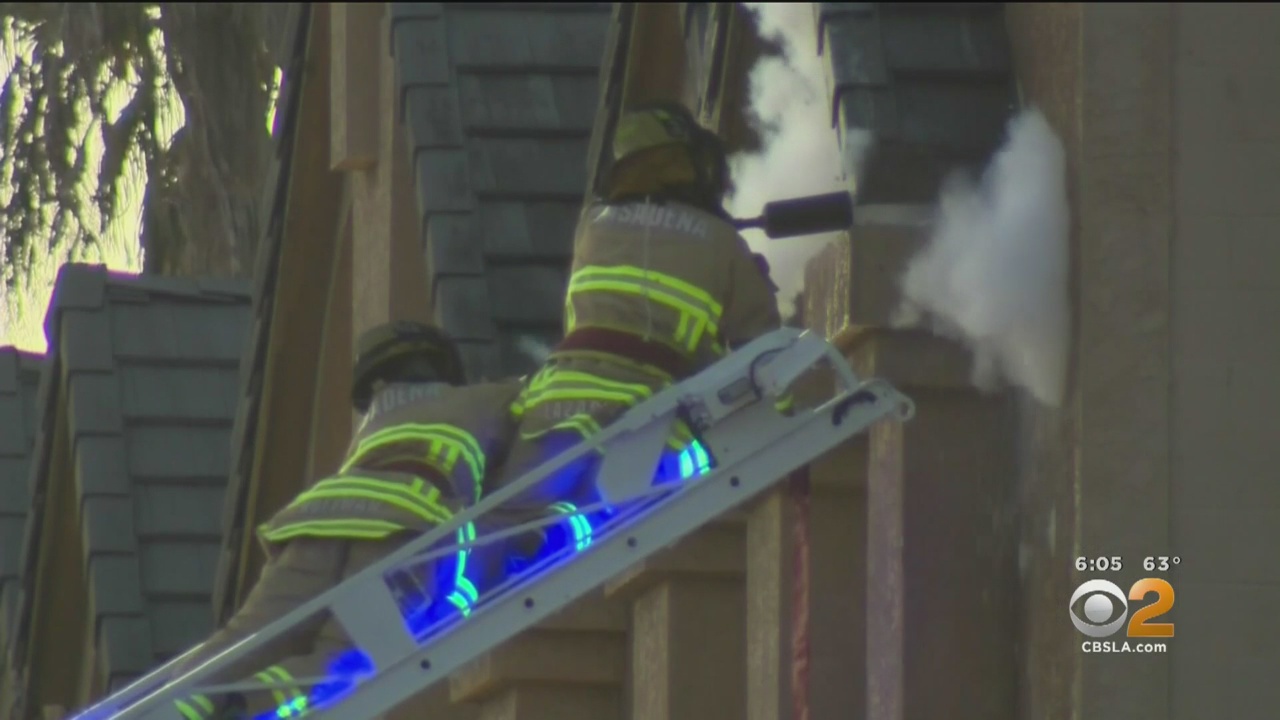 Busko says they saw only a few buzzing at first, but he was surrounded by a swarm as soon as he stepped out of his rig.

"As soon as I got out, they attacked. I screamed like my 7-year-old daughter," said Busko.

"I dropped my radio, my sunglasses went flying, I took my hat off and I started trying to fight the bees off which did nothing. They stung me multiple times across my face, in the lip, multiple times in each ear, all over my hands."

He said he was glad he was wearing this long sleeve uniform that he still had on from a training drill earlier because the bees were extremely aggressive.

"I started running westbound down Colorado Blvd trying to get away from them. I made one stop in the hotel parking lot, the bees did not let up," he said.

Busko ran a block before turning the corner where other firefighters helped get the remaining bees off of him and gave him a Benadryl shot.

"Number one question I get asked is, 'Why didn't you just jump back in the rig?' My engineer that day is allergic to bees so I couldn't hop back in there."

Busko, another firefighter, one police officer, and two bystanders were taken to the hospital with multiple bee stings.

A local beekeeper believes the colony was made up of Africanized bees based on their volume and aggressiveness. Firefighters on an aerial ladder used a carbon dioxide extinguisher and foam to knock down the nest.

"I'm happy everybody got out of there and that everybody was safe," Busko said.