LOS ANGELES (CBSLA) — A man and his father were arrested Thursday in connection with three cold case murders in a small area of East Los Angeles dating back to 2014. 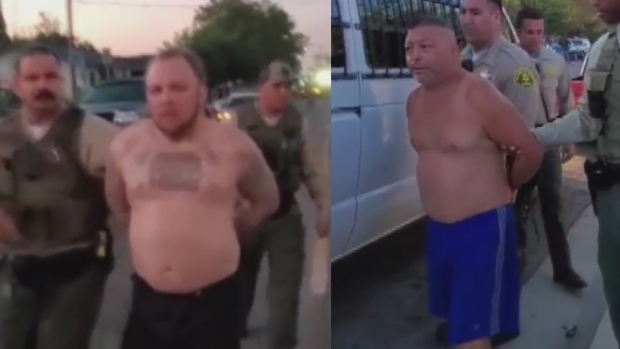 Anthony Velasquez, 31, and his 51-year-old father, Manuel Velasquez, were taken into custody at about 4:30 a.m. in the 300 block of Humphries Avenue, according to Los Angeles County sheriff's Deputy Shawn Du Busky. 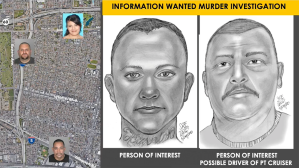 Sheriff's officials had released composite sketches of two men wanted in the murders and announced an $80,000 reward for information last month.

The 31-year-old Velasquez was booked for murder, while his father faces an accessory to murder charge.

"They weren't suspicious or nothing, just quiet, on their own," said a neighbor who did not want to be identified, adding that he watched in shock as the father and son were taken into custody.

At a news conference in August, detectives said they believed the three murders were connected. They said the crimes happened about two miles from one another and that the suspects targeted the victims.

Avalos, the 34-year-old victim killed in 2014, is said to have received a phone call from an acquaintance asking for help jump-starting a car about four hours before his murder. He was later found shot to death in the driver's seat of his SUV.

"Our brother is truly missed by our family, by his children," Bertha Avalos, the victim's sister, said at the press conference. "And I know this is not going to bring him back, but it brings us some sort of closure."

Investigators said Robles was shot to death in 2015 after he got into a fight with one of the suspects in the driveway of his home, and that the female victim, Lopez, was shot and killed in 2018 as she slept in a tent near a homeless encampment.

Detectives also said that ballistic evidence also helped connect the crimes. On Thursday, investigators tried to locate the firearms tied to the killings.

While they don't yet have a motive for the murders, authorities did say that the younger Velasquez had a friendship with all three victims at some point and then had a falling out with all of them before they were killed.