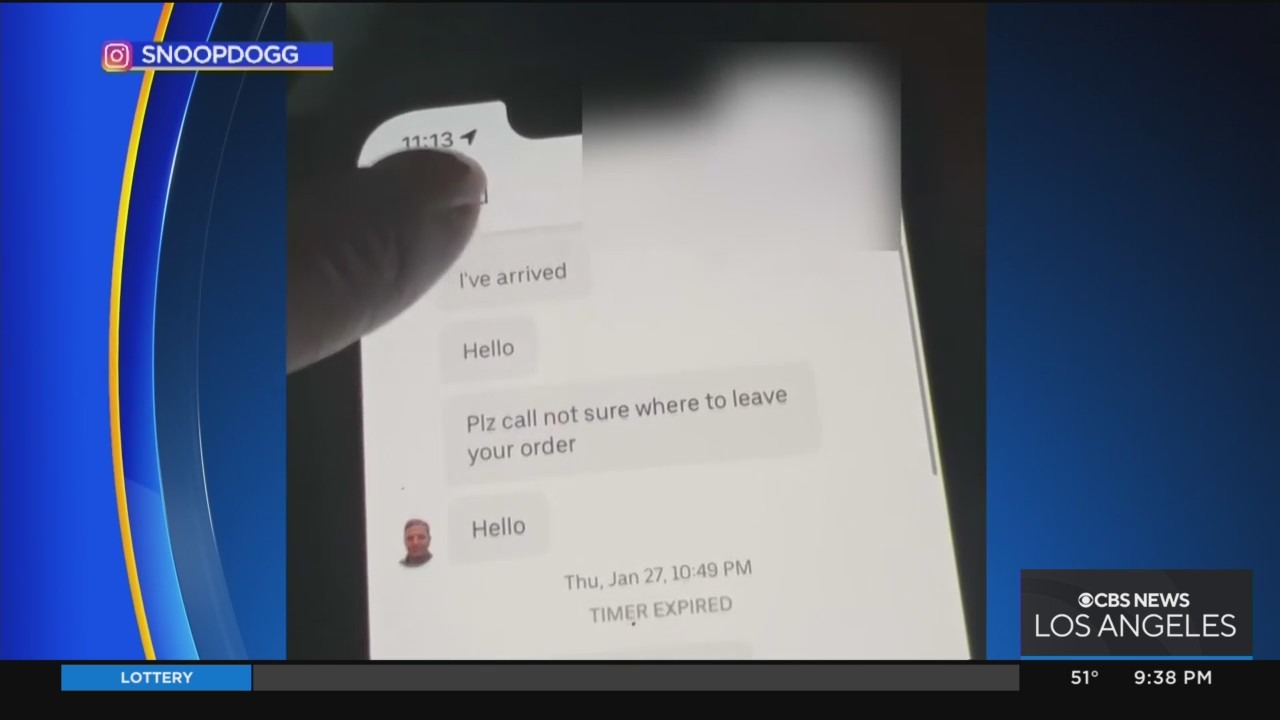 Last month, Snoop Dogg posted complaints on Instagram about an Uber Eats order he never received. The video has more than 4 million views and 12,000 comments.

While the video lasts all of 12 seconds, the delivery driver says it's had a major impact on his life.

"There's my picture there and also there is my first name," said the driver, Sayd, who didn't want to his last name on camera.

He believes the rapper may have compromised his safety by posting the video to his millions of followers, because it shows his name, photo and license plate number.

"After I see the video, I'm kind of like...I have anxiety and I fear for my family's safety," Sayd said.

The delivery driver said he had no idea he was delivering to Snoop Dogg back on January 27, when he was sent to an industrial area in Inglewood. He said he simply followed Uber's protocol to wait eight minutes before canceling the order.

"I contacted the customer many times and I also followed the protocol by the book," Sayd said.

Following the incident, Uber put out this statement:

"We truly regret Snoop Dogg's frustrating experience. We have reached to apologize and refunded him for the order."

In the meantime, Sayd said he feels the company never did anything to protect him.

"When I read that, I just felt like it's not fair because I am the one that deserves an apology from Uber Eats, not Snoop," he said."

Since the vide was posted, Sayd said he has not gone back to working for Uber Eats, his only job. He also wasn't on social media before and feel like he was thrusted into a spotlight he didn't ask for.

"But I have to fight for my rights and family's rights. I just feel like I'm not treated well from this celebrity or Uber Eats," Sayd said.

For it is part, Uber Eats said it protects its drivers a few different ways. The company uses anonymous phone numbers when drivers are communicating with customers. They also said that they don't use the last name of drivers, but that they do use license plates so that the customer will know they are getting the correct order.