LOS ANGELES (CBSLA) -- Netflix is standing by its release of an award-winning French film after critics said it portrays young girls in a sexualized manner.

"Cuties," originally titled "Mignonnes," follows 11-year-old Amy, a Senegalese immigrant who begins to rebel against her conservative family's traditions when she joins a girls dance team.

The film was released Sept. 9 on the streaming service. Since then, the hashtag #CancelNetflix has been trending on Twitter.

In August, criticism erupted over a promotional poster for the film, which deviated from the original poster and featured the girls posing provocatively in their dance costumes. Some said that the poses, along with the girls' revealing outfits, was inappropriate because it was sexualizing the children. 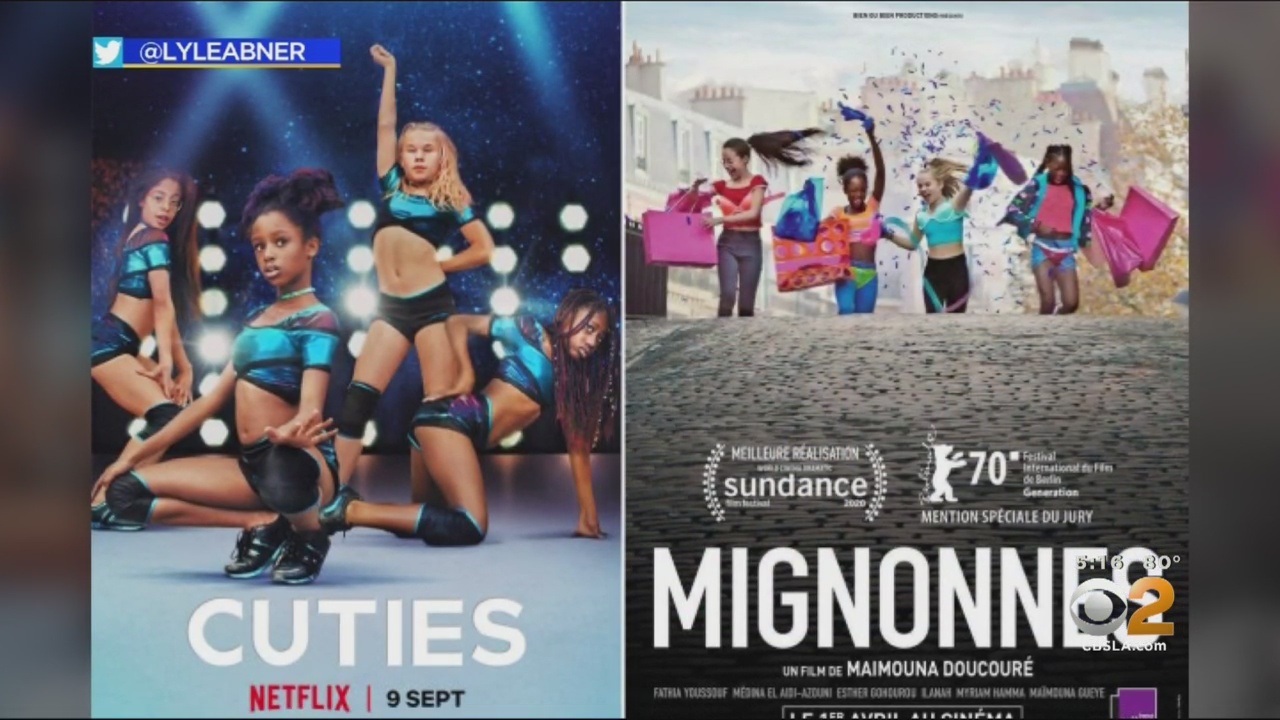 Shortly after the poster was released, Netflix apologized and replaced it.

"We're deeply sorry for the inappropriate artwork that we used for 'Mignonnes'/'Cuties,'" Netflix said in a statement. "It was not OK, nor was it representative of this French film which premiered at Sundance. We've now updated the pictures and description."

Now, the film is gaining more backlash as a petition has surfaced to remove the it from the streaming giant altogether. The petition has close to 350,000 signatures.

James Bradley, a local Republican who is running for Congress in California's 33rd congressional district against incumbent Democrat Ted Lieu, tweeted his thoughts on the film, saying that anyone who supports "Cuties" is "enabling abuse."

If you watch 11-year-olds twerk, you're a pervert.

If you direct 11 year olds to touch themselves on camera, you're a pedophile.

If you support Netflix making and airing #Cuties, you're enabling abuse.#CancelNetflix

Netflix defended the film on Thursday, saying it is a social commentary and does not glorify or promote child pornography.

"'Cuties' is a social commentary against the sexualization of young children," a Netflix spokesperson said in a statement, according to Variety. "It's an award-winning film and a powerful story about the pressure young girls face on social media and from society more generally growing up — and we'd encourage anyone who cares about these important issues to watch the movie."

"Cuties" is written and directed by French filmmaker Maïmouna Doucouré. It premiered at Sundance Film Festival in January and won the world cinema dramatic directing award.

The film is based on Doucouré's short film "Maman(s)," about an 8-year-old girl who is furious when her dad marries a second wife and invites her to move into their Parisian apartment, which won the short film international fiction jury award at Sundance in 2016.

A review from "The Hollywood Reporter" says the film "establishes its critical view of a culture that steers impressionable young girls toward the hypersexualization of their bodies."