LOS ANGELES (CBSLA) — Crews arrived before dawn Thursday to begin clearing the 8-foot-tall pile of junk that has covered the front yard, driveway, and backyard of a Koreatown home. 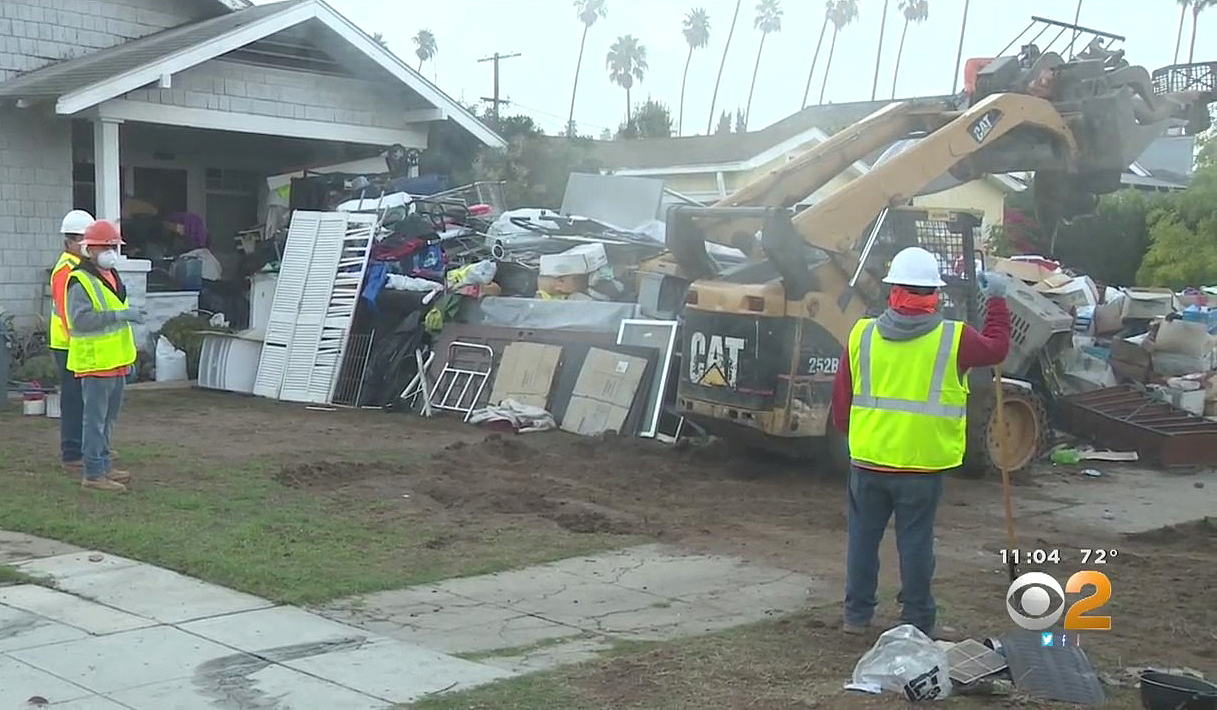 After 10 years of complaints to the city, coverage from CBS2/KCAL 9 finally prompted action on the Harvard Boulevard home that has had junk piled up on the front yard, driveway, and backyard for years. And even though the sound of crews using heavy machinery woke her up, next door neighbor Leticia Ruiz said she did not mind.

Ruiz says she and her family have been complaining to the city for years about the hoarding situation next door that has kept her from using her front porch due to the smell. Records show that complaints about the home began a decade ago, when the homeowner's son apparently began piling up trash in the front yard. This week, the elderly woman who owns the home gave city officials permission to clear her property. 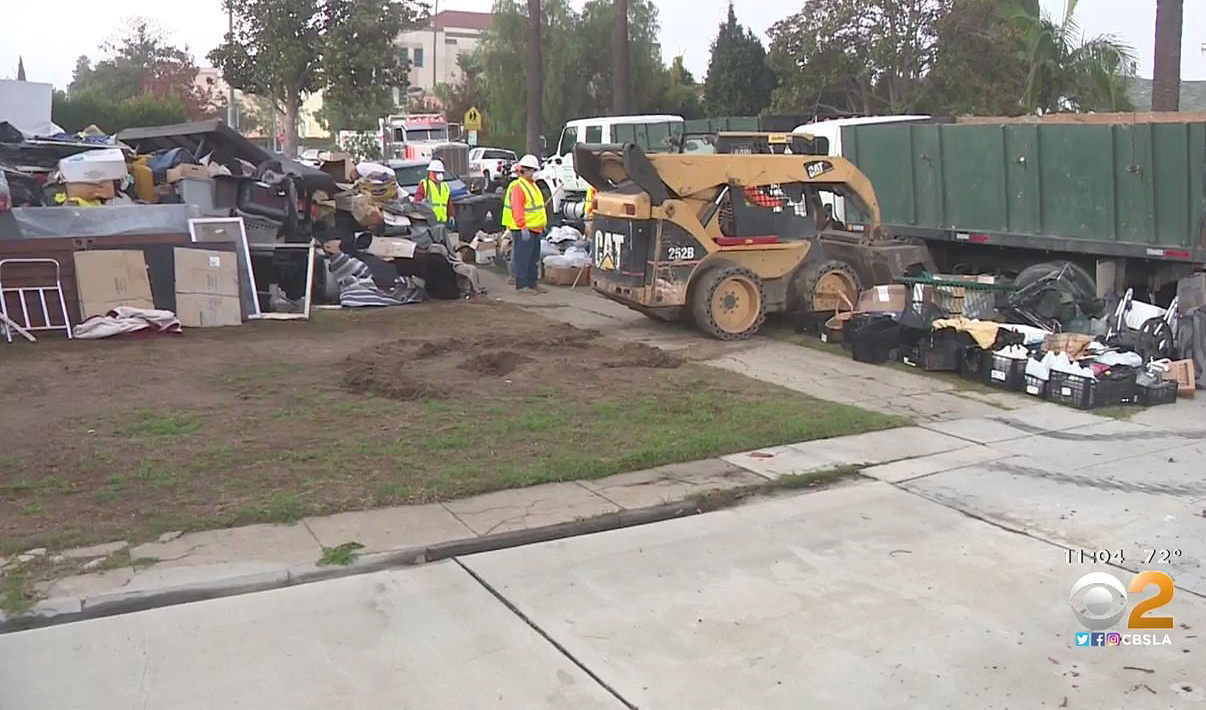 The homeowner, who received a welfare check from paramedics and firefighters earlier this week, was not seen outside the house Thursday. But her son was spotted taking some items from the pile and moving them to his car.

Even though she is happy about the clean-up effort, Ruiz says she hopes the situation that led to the hoarding can be remedied.

"They're nice people, that's the thing," Ruiz said. "I hope this will stop."

Dr. Christiana Bratiotis, a professor at the University of British Columbia, said that hoarding often stems from trauma, and part of that trauma causes them to affix value to everything they collect.

"We know that this is not a problem of laziness, or lack of morality and standards, or even lack of will," she said. "Some people say if they wanted to, they could — but we know that's not true.

She claims that a sudden clean-up could cause even more trauma.

"Wherever possible communities should be using a slower, more systematic step-by-step reduction of clutter rather than these wholesale cleanouts," she added.

The LAPD's Smart Team, which helps with mental health evaluations, was made available to the homeowner and her son, but they say they have not been asked to step in.