Originally, Villanueva had recommended that all gun stores in the county close as non-essential businesses under the "Safer At Home Directive."

In a statement Monday, the Sheriff wrote in part,

"On March 28, 2020, the United States Department of Homeland Security issued an Advisory Memorandum in regard to Essential Critical Infrastructure Workers during COVID-19 response. Although explicitly advisory in nature, nonetheless the federal memorandum is persuasive given the national scope. Included in the list of essential critical infrastructure workers are workers supporting the operation of firearm or ammunition product manufacturers, retailers, importers, distributors, and shooting ranges."

"Based on further input by the federal government, the Los Angeles County Sheriff's Department will not order or recommend closure of businesses that sell or repair firearms or sell ammunition."

There was some confusion last week when the sheriff temporarily suspended efforts as the county counsel's office worked to clarify whether gun stores are considered essential businesses under California Gov. Gavin Newsom's statewide order, a sheriff's spokesperson confirmed to CBS2 Tuesday night.

Newsom later said he would defer to sheriffs to make their own decision on the issue. 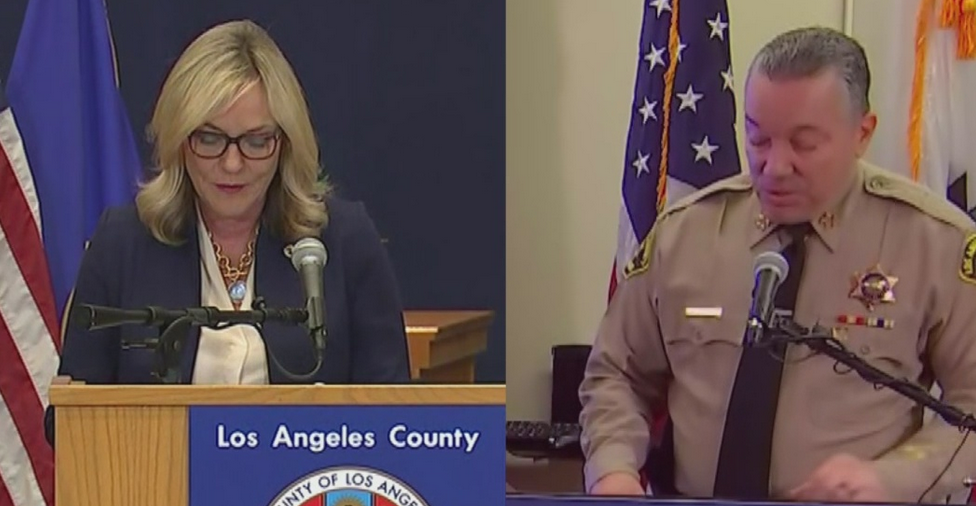 Villanueva made the announcement as tensions continued to rise between the sheriff and the county Board of Supervisors over a plan to place the county's chief executive in charge of coordinating disaster preparedness instead of Villaneuva.

Supervisors say an audit in November recommended changes following the response to the deadly Woolsey Fire.

But Villanueva called the move a "power grab" by the Board, which he criticized for not working with home during the outbreak.