ECHO PARK (CBSLA) - As people are trying to stay cool on the swan boats at Echo Park Lake, sometimes getting doused under the fountain, a controversy is brewing based on a CBS2 investigation into the safety of the lake's water.

The City of Los Angeles has begun weekly testing of the water at Echo Park Lake after a CBS2 investigation showed high levels of e. coli bacteria.

Water samples of the lake were collected in March, after the Los Angeles Police Department removed hundreds of homeless from the park. CBS2 obtained a report showing bags of human waste retrieved from the lake.

Of the water samples CBS2 collected, one of them came back seven times higher than the state water quality standard for e. coli in Echo Park Lake.

CBS2's investigation prompted the city, for the very first time, to start their own weekly bacterial testing. Their first test result, they claim, came back below the state's standard for bacteria, with an estimated e. coli count of 3,500. 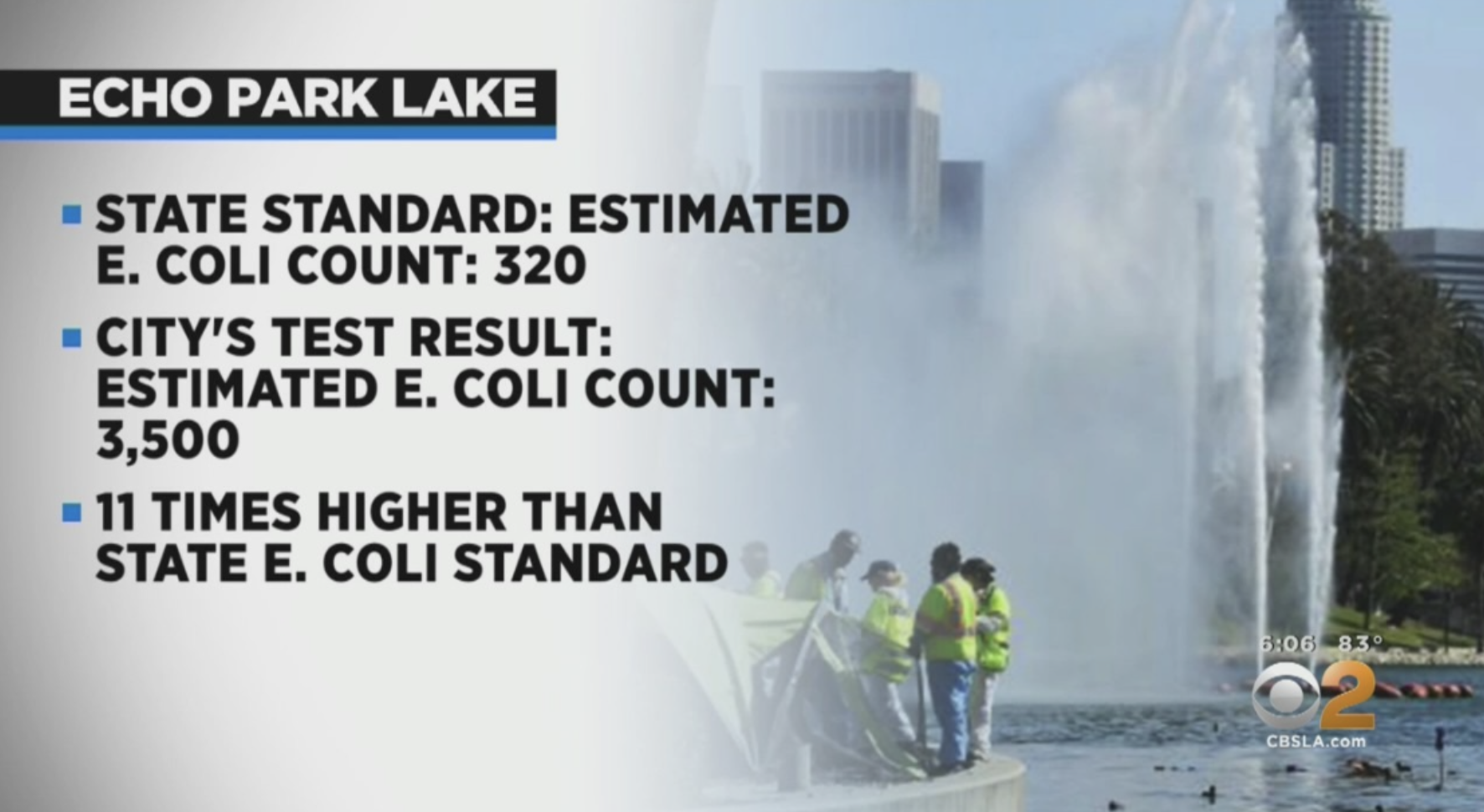 Asked whether 3,500 is within the standard or not, Renee Purdy, the executive officer for the Los Angeles Regional Water Quality Control Board, the state agency that sets the standards for Echo Park Lake, said this:

"They are concerning," Purdy said. "I would recommend public notifications when the levels are above the levels for what we have determined to be safe for an activity, such as swimming."

There's no swimming in Echo Park Lake, but the state categorizes it as one where people come into contact with the water, which CBS2's investigation shows happens. Because of that, they think bacteria numbers should be low.

The city believes the lake should be categorized as one where people don't come in contact with the water, so e. coli standards should be much higher.

The city still maintains their numbers are safe for boating, which is what they consider the lake to be used for. They're planning to put up signs telling people not to touch the water and also working on ways to limit exposure to the fountain.