POMONA (CBSLA)  --  It was a violent confrontation and it was caught on camera.

A man told police in Pomona that he witnessed what he thought was another man illegally dumping or setting up a homeless camp.

CBS2/KCAL9's Cristy Fajardo says what happened next was a block of cement, hurled into a windshield.

The incident played out in broad daylight -- around 10:30 a.m. Friday. It also happened under a freeway overpass.

Police identified the man throwing the cement as Jacob Makwana. They also said he kicked the victim's car.

Amos Young, the man inside the car, said it all started because Makwana didn't wanna be filmed.

Young says he was driving to a meeting when he spotted three men pushing items through a chain link fence onto a vacant lot on Towne Avenue, next to the 60 Freeway.

Young took out his cellphone and began recording.

That, he says,  provoked a rampage.

Police say Makwana 26, is wanted for felony vandalism.He left the scene before they arrived. Authorities believe he is homeless and likely still in the area.

Young is sharing his story because he believes Makwana was trying to intimidate him into silence. That was more reason he says when one sees someone potentially committing a crime, speaking out is the only option. 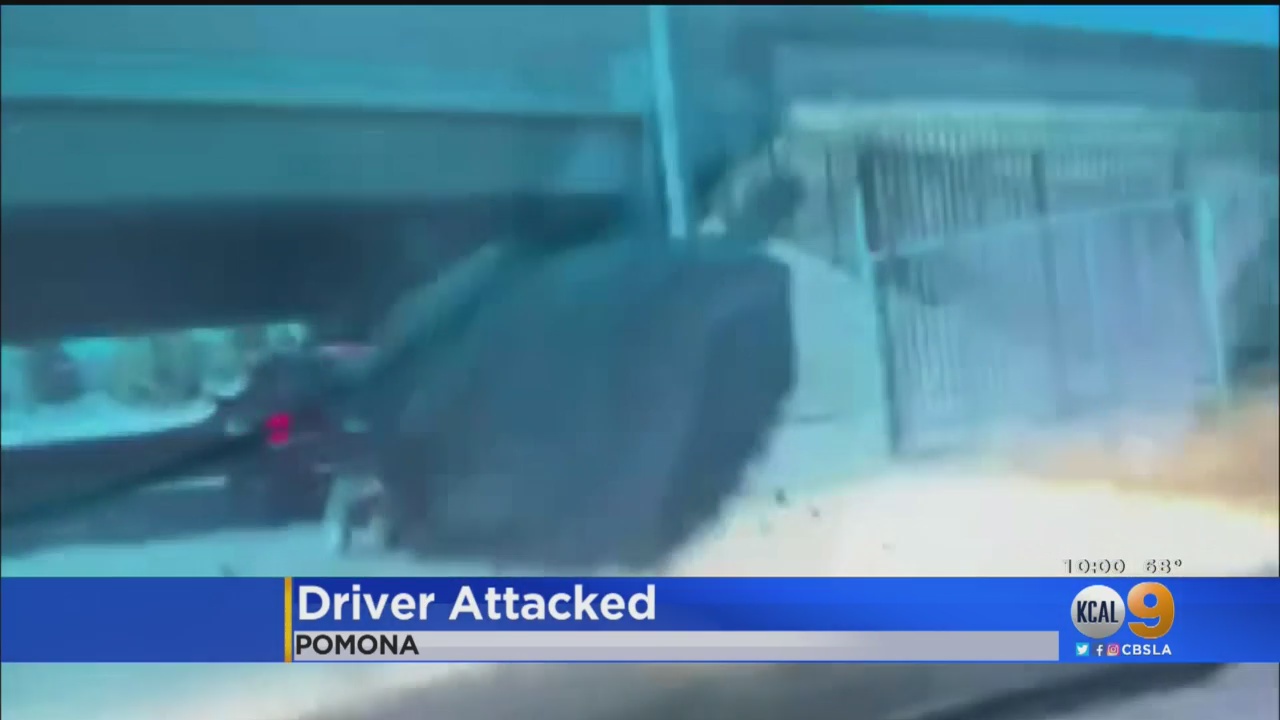 "We need to send a stronger message to criminals," Young says, "you're not going to violate, and just get away with it. Cause it's hard for people to speak up. So knowing that I've spent my life helping many of these people get their lives back on track this one here, this one doesn't want the help and he's one who needs to be held accountable."

Young's car has several dents and a broken windshield.