NEWPORT BEACH (CBSLA) — A vandal was caught on camera slashing a car's tires in Newport Beach early Wednesday morning, but it wasn't cell phone or home security video that caught him in the act — it was the car, a Tesla.

Alex Panteleyev, the owner of that Tesla, had set up a dashboard camera in his old Buick to record suspicious activity, but he said that system paled in comparison to the sophisticated technology of his new car.

The Model 3 has four cameras — two on each side — that continuously monitor for potential threats when the car is placed in Sentry Mode.

"If a minimal threat is detected, such as someone leaning on a car, Sentry Mode switches to an "Alert" state and displays a message on the touchscreen warning that its cameras are recording," a statement on the Tesla website said. "If a more severe threat is detected, such as someone breaking a window, Sentry Mode switches to an "Alarm" state, which activates the car alarm, increases the brightness of the center display, and plays music at maximum volume from the car's audio system."

The cameras on Panteleyev's vehicle caught the suspect in the act of slashing one of the car's tires. 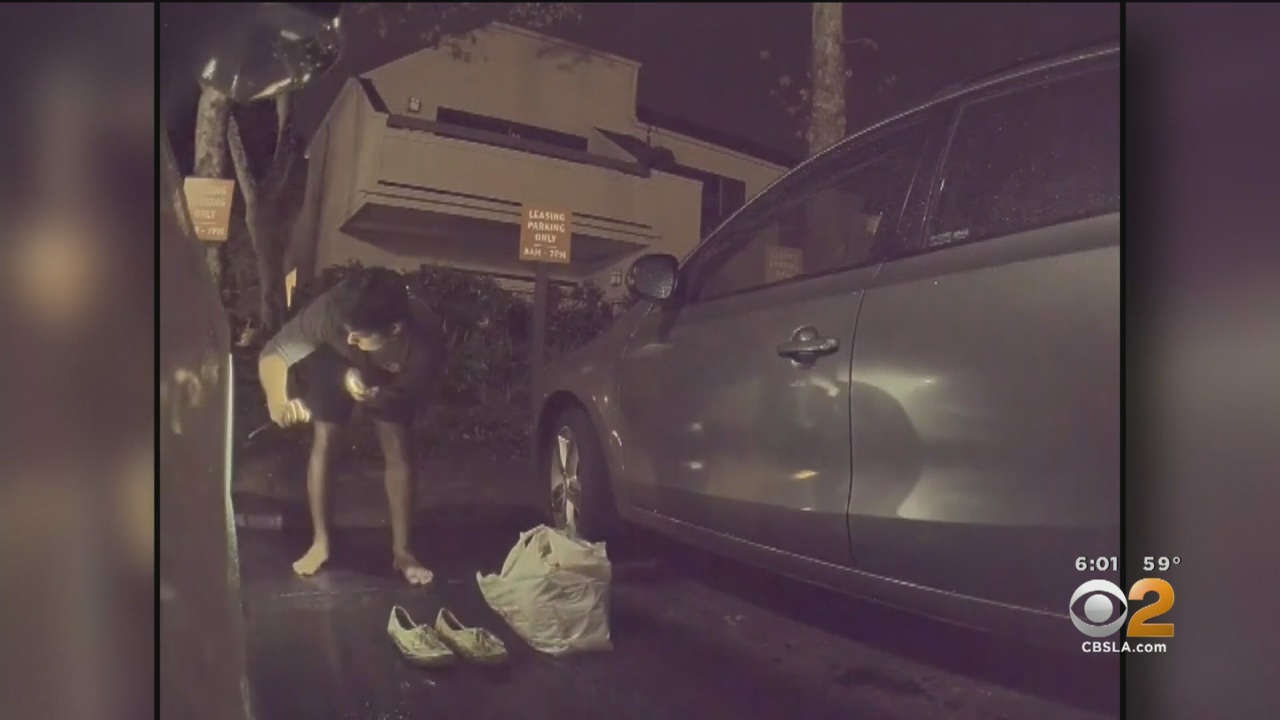 "I was shocked, actually," Panteleyev said. "That was the reason why I set up the system: I wanted it to report suspicious activity."

While Panteleyev waited for a temporary tire, he retrieved the video evidence stored on his car's memory card.

"After I got my wheel replaced, I went to the police station and gave the police the evidence, the video file that recorded the guy stabbing the tire," he said.

Panteleyev said police later told him that several other vehicles at the Baywood apartment complex were also damaged.

"Police did a very good job, and they identified and found him in minutes," Panteleyev said.

According to a police report, a suspect was arrested Wednesday morning in the 400 block of Baywood Drive.