LOS ANGELES (CBSLA) — Robert Marinelli was just on another stroll with his French bulldog when he was ambushed and nearly beaten to death shortly before the suspect fled with his beloved Luca.

"Just the whole thing seems so bizarre it's like surreal," said Marinelli. "But he was definitely there waiting for me." 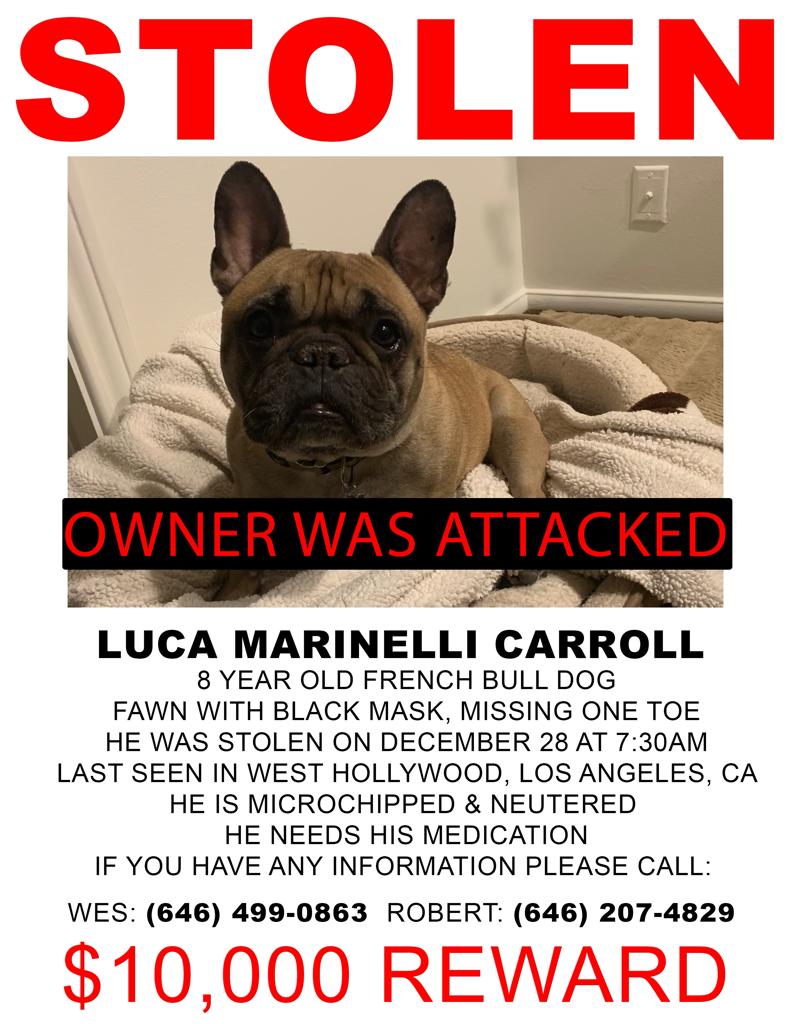 Marinelli was attacked Tuesday morning at 7:30 a.m. on the corner of North Wetherly Drive and Shoreham Drive just north of Sunset Boulevard. Security footage showed Marinelli bouncing on the street after being dragged by the black getaway car.

"I have burn marks all the way from my lower back all the way down my lower leg," Marinelli said. "All the skin was ripped off my legs. I had a big bump on my head that I had to get a C.A.T. scan for and more abrasions on my arms and legs."

This is just the latest instance of targeted thefts on French bulldog owners, the most infamous attack happening in February when Lady Gaga's dog walker was shot by thieves who went after her French bulldogs.

Thieves have targeted the owners of these "designer dogs" due to the lucrative black market where these dogs can go for hundreds of dollars online.

The Los Angeles Police Department is investigating the assault and dognapping.

Despite his injuries, Marinelli just hopes those responsible will return his 8-year-old dog, who needs daily medication and is on a special diet.

"He has medical issues and he's missing a toe," he said. "He's not like a Westminster French bulldog."

"I don't even know how to explain it," said Marinelli. "It's just so unfathomable for me. Just please return the dog unharmed.