GARDEN GROVE (CBSLA) - Moments before 15-year-old Lauryn Ham was clotheslined by another girl during a youth club basketball tournament Sunday in Garden Grove, her mother believes that the girl who punched Ham was provoked by her mom.

Alice Ham told CBSLA Reporter Laurie Perez that parents who were at the game heard the mother of the girl who threw the punch yell, "go and hit her." 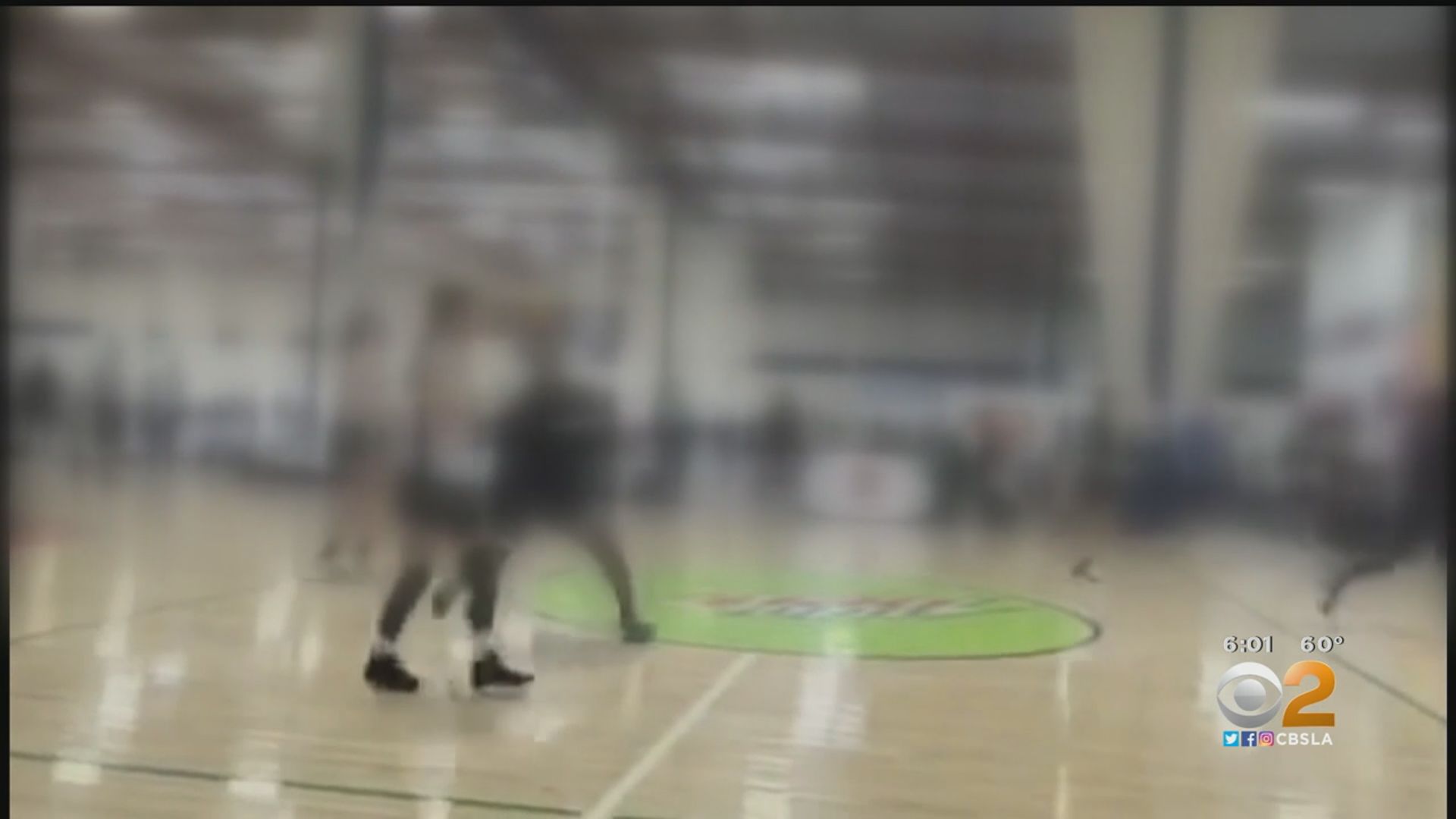 "It's on the video, you can hear it plain and simple (and) the ref that was there also heard it and is willing to give testament," Alice Ham said.

Just before the girl threw the punch, Lauryn Ham, who was defending, closes out the girl. Both hit the floor immediately and seconds after is when the punch was thrown.

"When I saw the clip I was horrified just like everyone else and, and so angry," Alice Ham said. "The mom basically incited violence against my daughter, she told her daughter to go and hit her and to me that rises to the level of assault."

The attack left Lauryn Ham, who was playing for a club team called "SoCal Blaze," with a bruised neck and concussion.

Alice Ham has filed a police report against the girl and her mother, who were ejected from the tournament.

We will not name the girl because of her age.

The girl, who plays for the Dream Academy, is believed to be the daughter of a former NBA player. Neither the girl, or her mother, have apologized.

Meanwhile, Alice Ham is just hoping her daughter will be able to play again.

"I'm just praying she'll get back on the court and do what she loves," Alice Ham said.

The Dream Academy has not responded to any requests for comment. Garden Grove Police Department is investigating the incident but it's unclear if any charges will be filed.