DUARTE (CBSLA) - Fitness influencer Ca'Shawn Ashley Sims has been reported missing in Duarte, having last been seen nearly a month ago, on Sept. 8, in the 2100 block of Broach Avenue, according to the Los Angeles County Sheriff's Department. 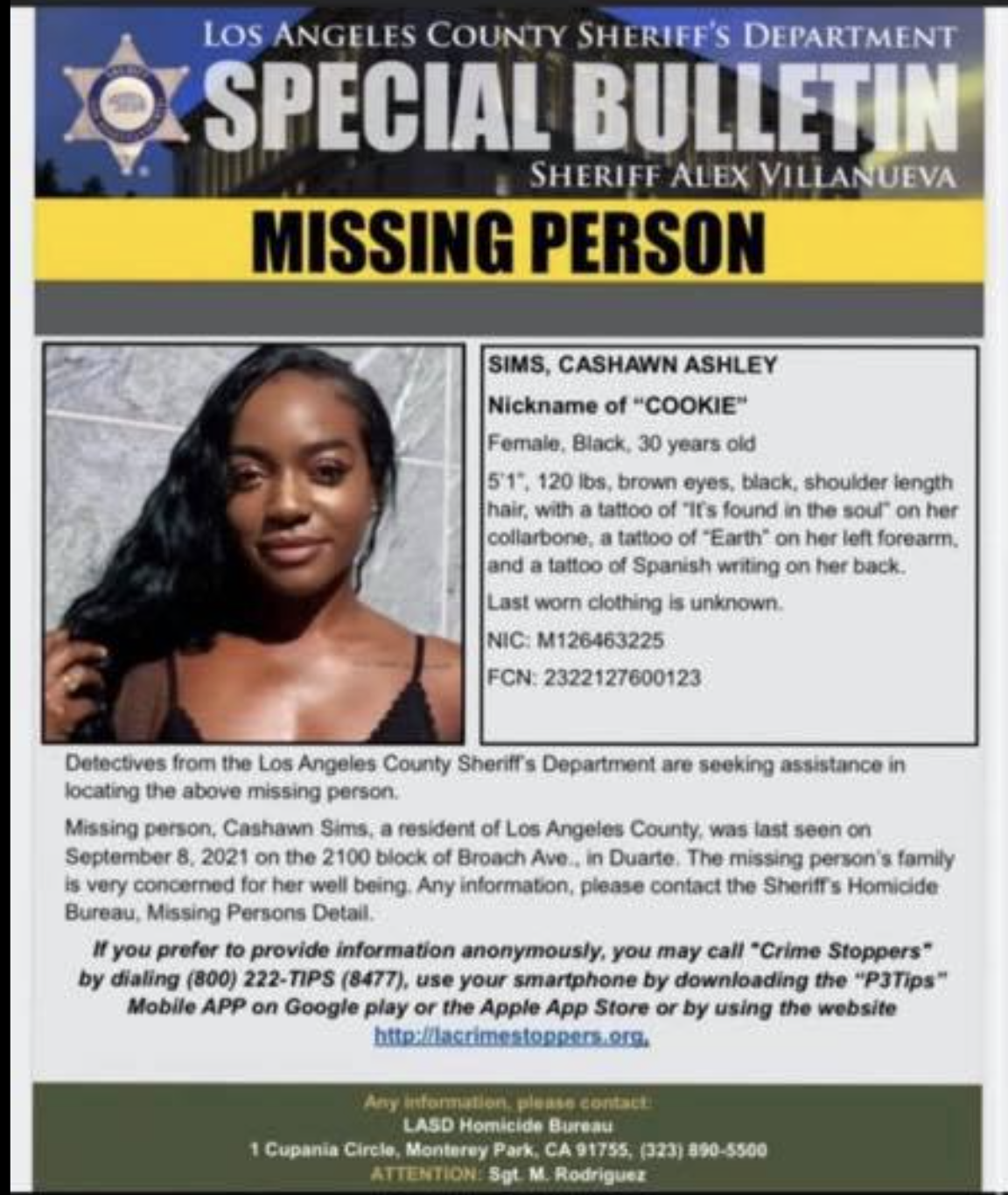 Sims is described as a Black female with brown eyes and shoulder length black hair. She's approximately 5 feet tall and weighs around 120 pounds.

Authorities said that Sims has several tattoos. One of them, located on the left side of her collarbone reads "It's found in the soul." On her left forearm, another one reads "Earth," and on her back, she has a tattoo written in Spanish.

Investigators are urging anyone with information about her whereabouts to contact Los Angeles County Sheriff's Department's Missing Persons Unit at 323-890-5500. Anonymous tips can be made by calling Crime Stoppers at 800-222-TIPS (8477).