MONROVIA (CBSLA) — A Monrovia man has been charged with capital murder in the case of his missing girlfriend, whose body has not yet been found. 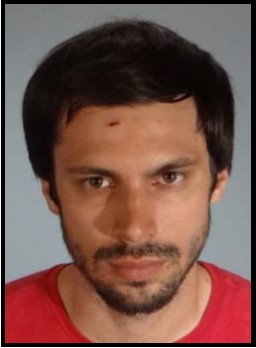 A witness reported seeing him place the woman's limp body in the trunk of his Toyota Prius.

Police later found blood at the home, along with a tarp, a digging tool and more blood in the trunk.

On April 22, Camou was accused of battering his girlfriend, including strangling her and threatening her with a Taser, according to
Deputy District Attorney Melanie Drew.

He was previously charged with one felony count each of first-degree burglary, injuring a girlfriend, and assault by means of force likely to produce great bodily injury. The charges also include one misdemeanor count of battery.

While out on bail for that attack, Camou allegedly killed 31-year-old Custer, on or about July 29, the prosecutor added.

He faces one count of murder with a special circumstance allegation of killing a witness and an allegation that he was out on bail when he committed the crime.

Camou was apparently caught on camera at a bar in Los Angeles rapping about killing and burying someone. Camou was arrested nearby shortly after that video was filmed.

Arraignment on the murder charge was scheduled for Sept. 4 but rescheduled to Oct. 10 in Pasadena.

If convicted as charged, Camou faces death or life in prison without the possibility of parole.

Custer's body has not yet been found.