EAGLE ROCK (CBSLA) - As families across the southland prepare to ring in a second holiday season during a pandemic, the state of California is now suggesting that everyone who is vaccinated against COVID-19 should also get a booster shot.

"In the short run, I am worried that until we vaccinate more children and our behavior changes with the holidays coming that there's going to be a spike in cases," CBS Medical Contributor, Dr. David Agus said.

California is one of the states seeing the highest number of new COVID infections, promoting health officials to issue stern warnings. 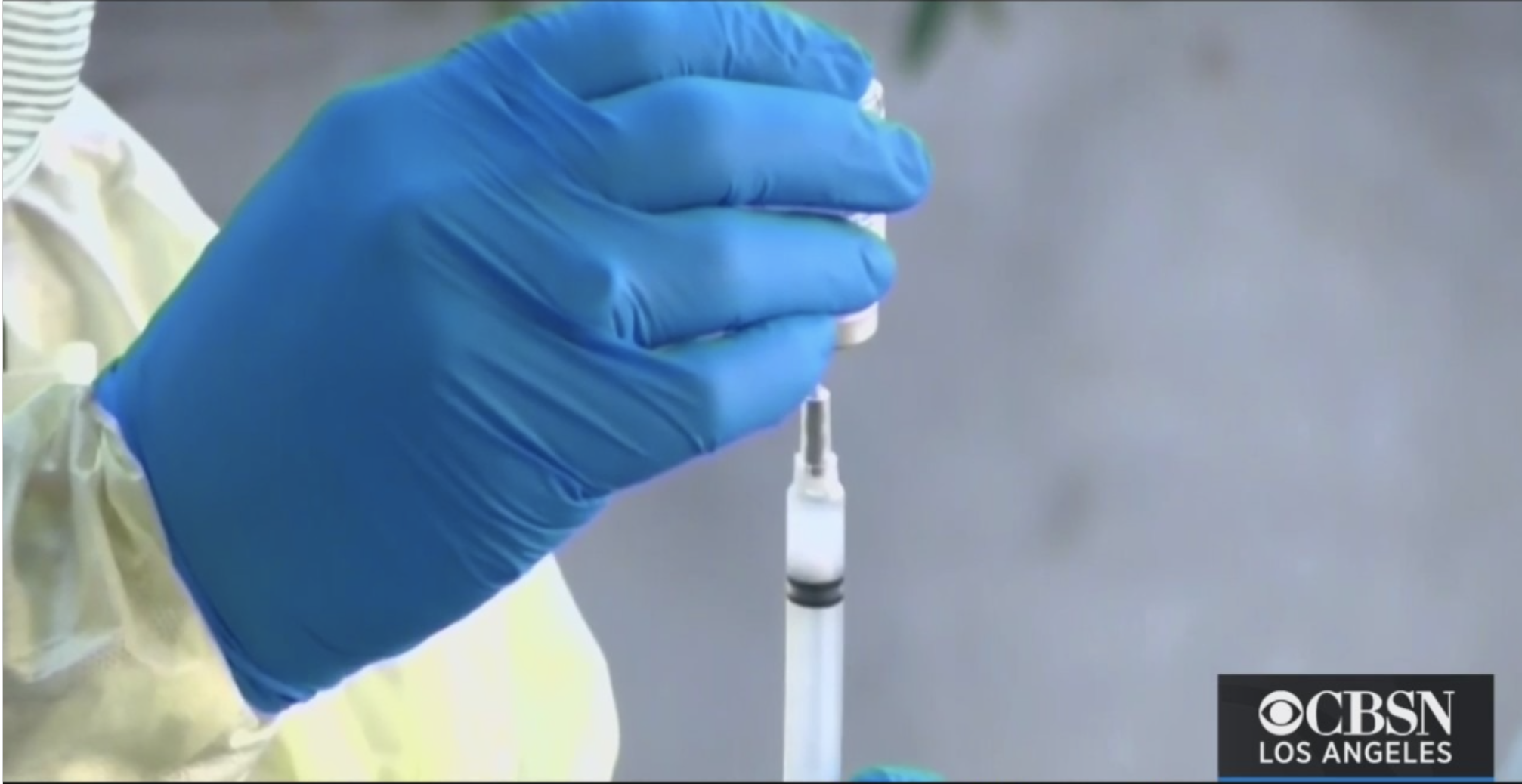 The governor visited the Central Valley on Tuesday to promote the state's new guidelines on COVID-19 booster shots.

That goes against the Centers for Disease Control and Prevention and the Food and Drug Administration, which said last month that only seniors and adults at high risk should get boosters. Some say boosters are a necessary step in beating back the pandemic, pointing to data that shows protection from the COVID-19 vaccines wanes months after a person's last dose.

"This is the right policy," said Dr. Agus. "I believe in it.  I think the data initially out of Israel and now out of the United States certainly makes sense to do this."

However, California's expanded eligibility for booster shots has led to some confusion, with some saying they've tried to schedule booster appointments, but are still being told they're not eligible.

"I also tried CVS and Walgreens and it may take them some time to get caught up, but right now, even when you call Kaiser, they're still adhering to CDC guidelines for a little bit more stricter requirements," said Eric Doeding, who has been attempting to schedule a booster shot.

An Orange County resident, Doeding said as of Tuesday afternoon, he still couldn't get a booster.

"I was trying to get my booster shot to just, you know, try to do my part, just trying to get it scheduled. So, hopefully they get caught up soon," he said.

Dr. Agus said that with the Delta variant, people need a significantly higher level of immunity for protection.

"So, in order to get that high level of immunity, you need a booster shot," he said.

There is still no timeline on when the FDA might amend its emergency use authorization to make all adults eligible for a COVID-19 booster shot across the U.S., mirroring what California has done, but a spokesperson for the administration said it's a high priority issue.