ALISO VIEJO (CBSLA) - The aedes mosquito, more commonly referred to as the "ankle biter," has officially landed in all 34 Orange County cities.

"Me, I count...I see one, two, three, four, five, six just on this side and there are a whole bunch more under my sock," said Aliso Viejo resident Andrew Smith

"Kind of classically itchy and I just felt a ton of bug swarming around my ankles. I was like, 'This is not fun,'" said another Aliso Viejo resident, Sonoma Camozzi.

Experts say the "ankle biters" are multiplying and there's and there's no sign of them disappearing any time soon. 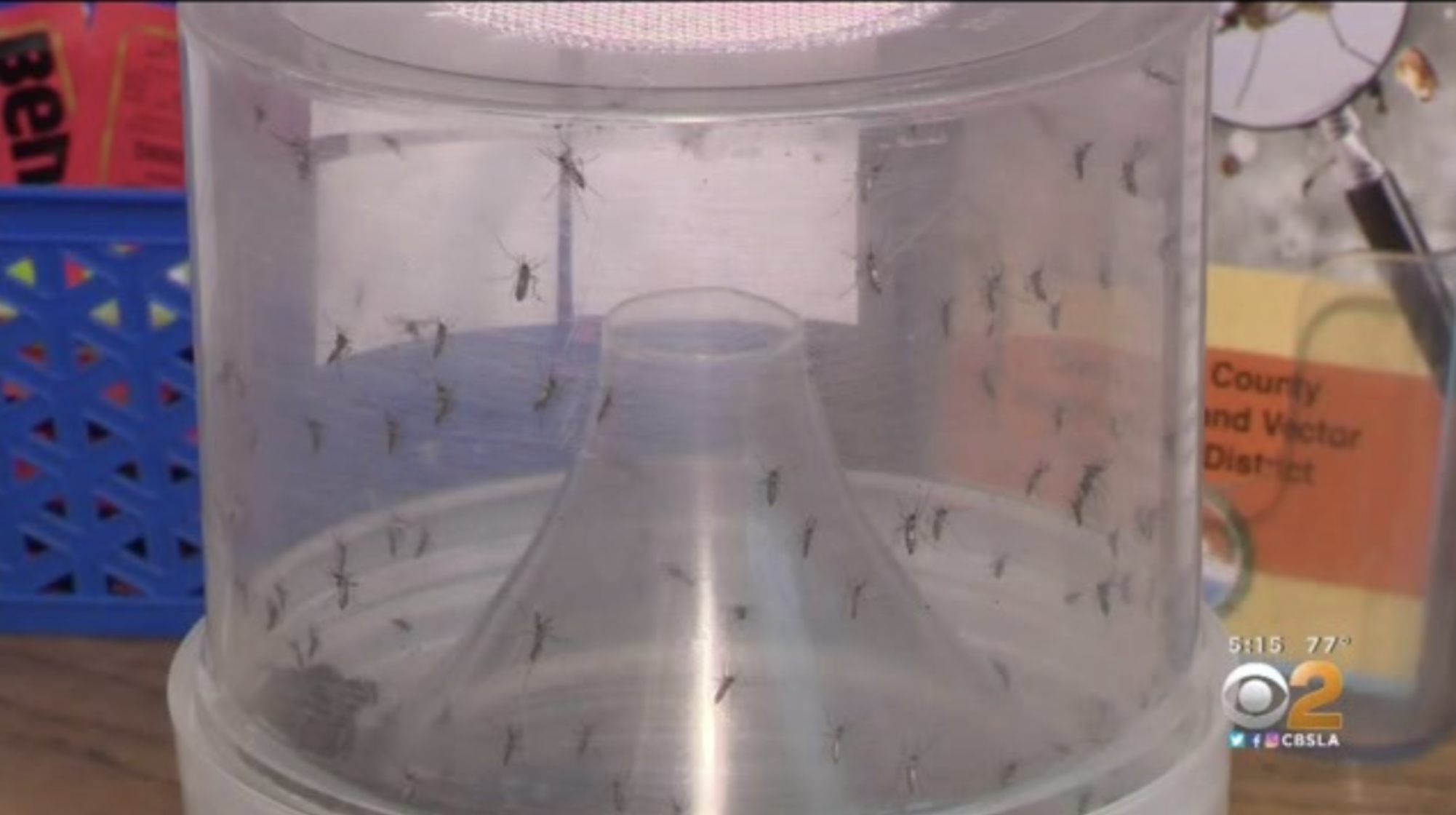 "It bites all day long," said Lora Young, with Orange County Vector Control. "It's low-flying and will bite you on your legs typically, and you don't hear it. And that's where more people have more bites, have bigger reactions to those bites are really feeling their quality of life decrease.

A small, cap-full of water is all it takes for the "ankle biters" to breed. The aedes actually thrive in tight, small quarters with moisture.

The key to thinning the number of nearby aedes, according to experts, is getting rid of any water sources, such as flower pot saucers, yard drains, small containers and anywhere where water pools.

This species of mosquito doesn't cary diseases in Southern California, but a species called Culex can cause West Nile virus. The first human case this year in the OC has just been confirmed in a Buena Park woman, with officials categorizing her condition as serious.