CARSON (CBSLA) — Alpine Village, the Bavarian-themed, chalet-style shopping court alongside the the 110 Freeway, has been unanimously designated a historic landmark by the Los Angeles County Board of Supervisors.

The Los Angeles Conservancy said the shopping court, which is located on Torrance Boulevard at the 110 Freeway, was once famous for hosting busy Oktoberfest celebrations in the beer garden. Landmark status requires that a property be at least 50 years old and meet at least one of a list of other criteria, including historical or architectural significance. 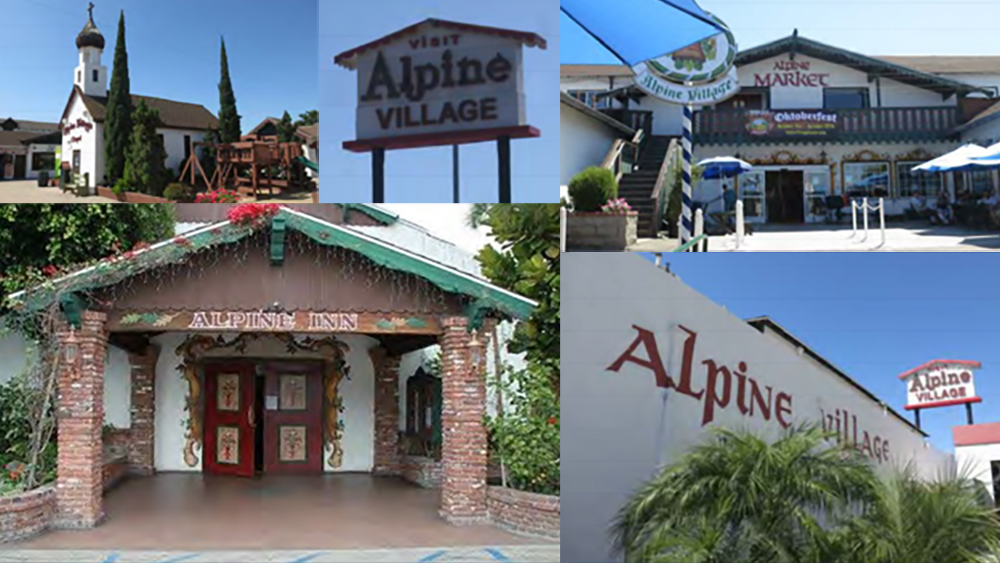 "Alpine Village is a post-World War II example of a shopping destination situated to attract travelers on the adjacent freeway. Its oversized, themed sign and programmatic design represent a time in Los Angeles when businesses needed to create a destination worth the journey,'' according to a letter from the Department of Regional Planning to the board. "Alpine Village served as the social and cultural center for Germans, Hungarians, Croatians, Polish and several other groups which held their annual festivals and events at Alpine Village from 1968 to the present.''

Alpine Village had been losing money through the years, and its owner was considering offers from potential buyers interested in demolishing the quaint buildings, according to the Department of Regional Planning, which recommended the property's nomination for landmark status.

"There is still tremendous public support for the preservation of Alpine Village," a report from the Department of Regional Planning said. In advance of a public meeting about Alpine Village, 2,270 people signed a petition and 76 comments were submitted in favor of preserving the 1968 development.

The owner did not oppose the landmark designation, but did ask that the interior and the northern two-thirds of the 14-acre property -- which hosts a swap meet that generates most of the property's revenues -- be excluded, according to the landmarks commission.