COMPTON (CBSLA) - A massive indoor farm in the heart of Compton could ultimately become the new standard when it comes to growing fresh produce, and some are already calling it the future of farming. 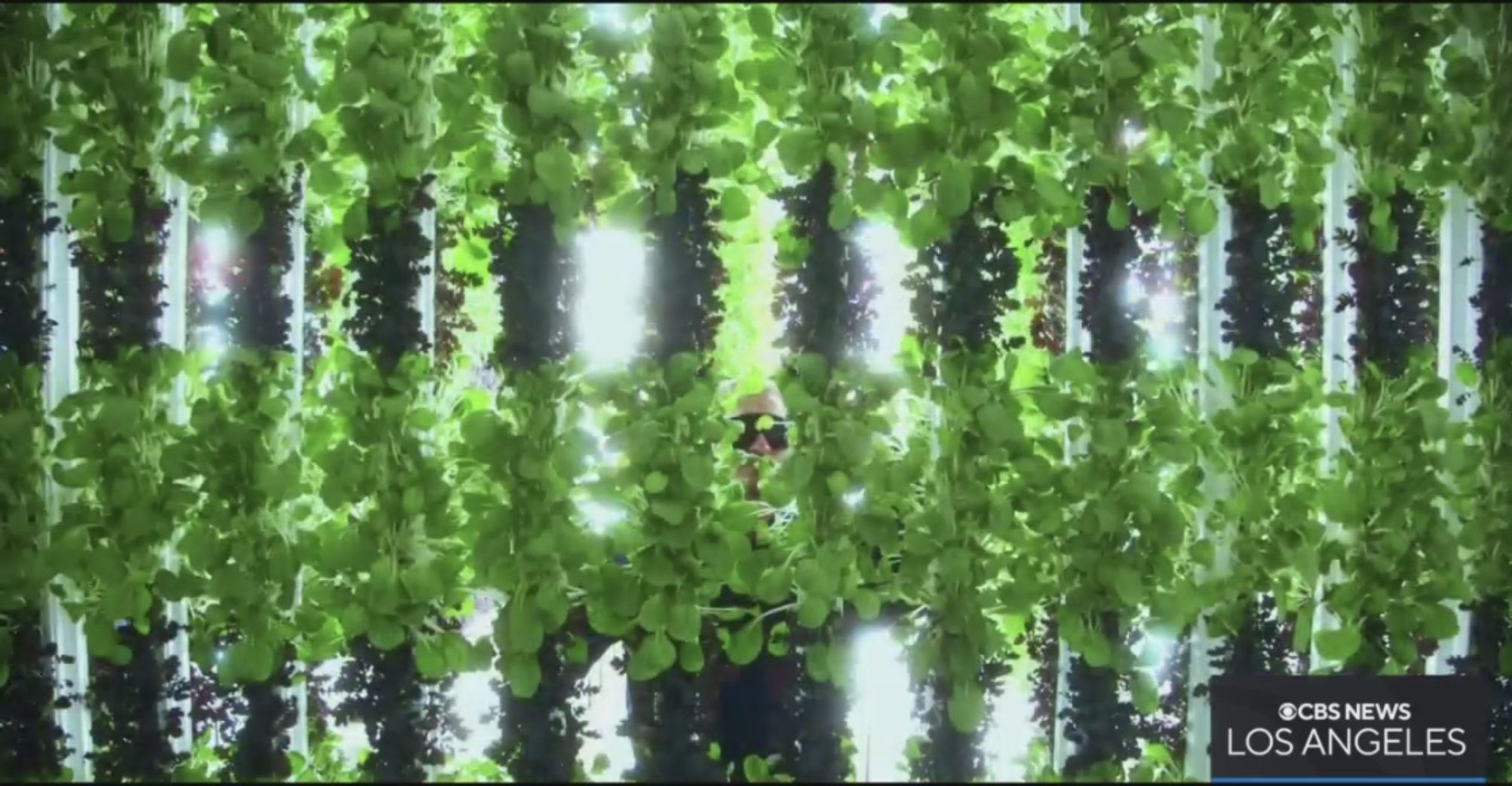 Walmart, and the startup company Plenty, said it's environmentally friendly, the produce is going to taste better and that the fruits and vegetables will be hitting the shelves be the end of the year.

Even the farm equipment looks different, with robotic arms and LED lights to replicate the best part of the sun, and a facility that's able to avoid the weather and seasonality altogether. Storey said they're able to bring the crops indoors and out of the elements, which allows the produce to grow at the best possible rate, in the perfect environment of a daily basis.

"We're pretty excited to bring pesticide-free food to people, in many instances, for the first time," Storey said.

The multimillion dollar partnership between Plenty and Walmart will operate inside and use a fraction of the space they would need to plant the crops outdoors.

Plenty already has an indoor farm in San Francisco, but there's another one being built in Compton to serve Walmarts in Southern California.

"Farming as we know isn't going away any time soon," said Joshua Viers, a professor in the department of Civil and Environment Engineering at UC Merced.

The professor said this new tech will not only create new jobs, but enhance old ones.

"It's not to displace agriculture labor. It's actually to re-skill and up-skill these individuals so they can operate in the farming future," Viers said.

She said she welcomes the change, that is if it's not too good to be true.

"If it's something that will better serve the planet, like reduce emissions and allow more people who actually need the food, if it will make it more affordable, then yes, I would be interested in trying that," Allen said.

According to Plenty, the new Compton farm will be up and running by the end of this year.