CULVER CITY (CBSLA) - A 17-year-old girl was treated for a serious, but non-life-threatening injury after being hit in the head by an unknown object while jogging on a bike path in Culver City, authorities said Saturday. 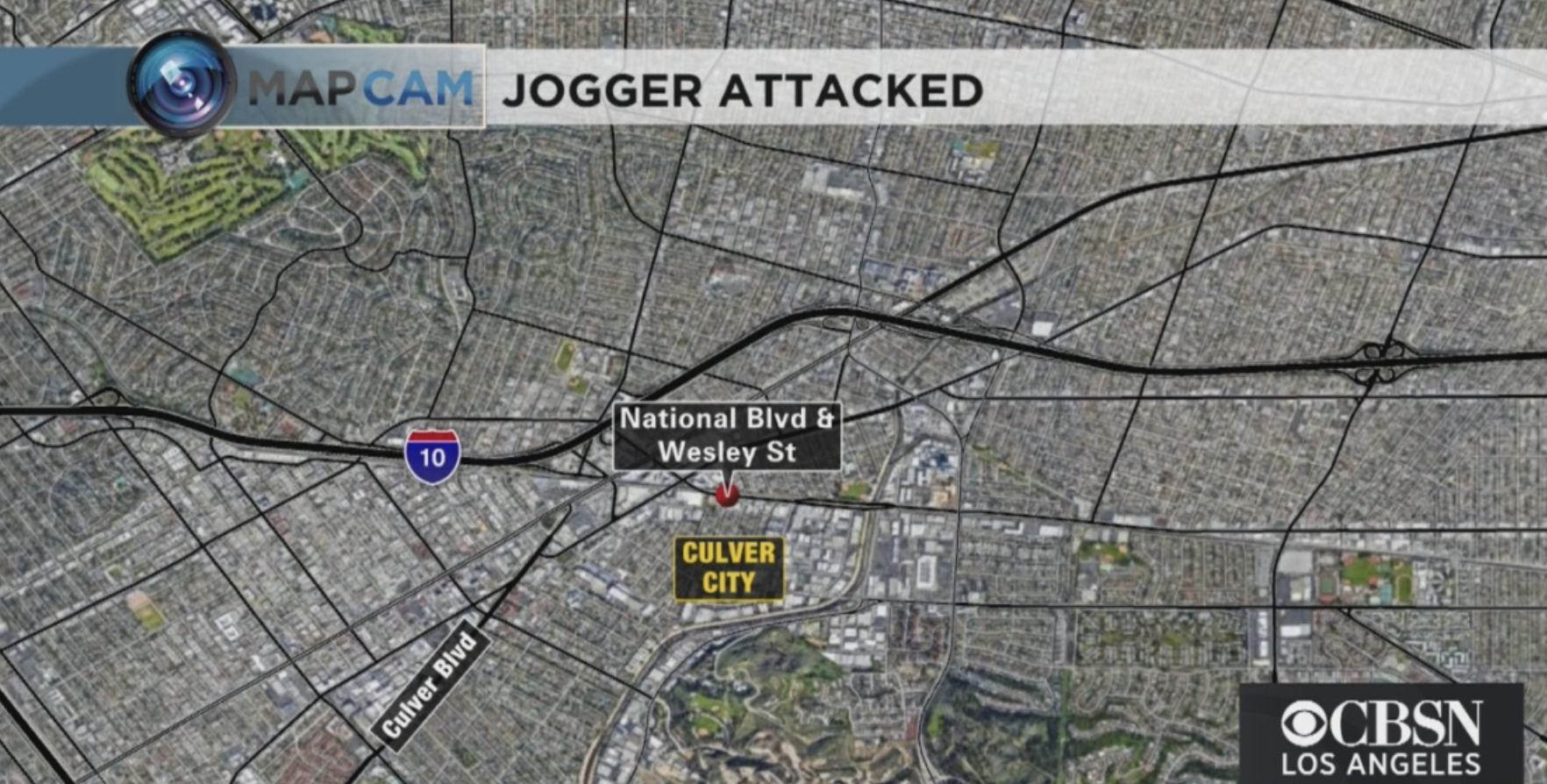 "It is shocking because this neighborhood is too quiet and nice," Renate Gallegos, a Culver City resident, said. "You just don't know anymore. It's scary."

The girl was running north alongside National Boulevard at Wesley Street at about 10 a.m. Friday when she spotted a suspect riding his bike behind her, the Culver City Police Department reported.

Investigators described the terrifying moments when the teen tried to get away from the man.

"The suspect seemed to be intently watching her, while one of his hands was in his pants, possibly committing a lewd act," Sgt. Carey Grant of the Culver City Police Department said. "The victim became scared and attempted to run away, when she was hit in the head with an unknown object."

She fell to the ground and momentarily lost consciousness. She regained consciousness and saw the suspect ride away north onto National Boulevard, authorities said.

The victim was s able to give a vague description of the man and police are still searching for a motive in the violent attack.

Terra Mitchell works nearby and was stunned by the incident.

"There's always little weirdos walking around and stuff, but typically they don't bother anybody. So, that person must've been somebody like an outsider because pretty much you see the same people walking around here," Mitchell said.

While law enforcement officials believe this to be an isolated incident, they said it's a reminder for runners and walking to keep an eye out for what's happening around them.

"Stay vigilant, know their surroundings no matter what time of the day they're jogging and just keep a phone with them while they're jogging, just in case they don't feel safe and they need to contact the police," Sgt. Grant said.

The teenage victim was taken to the hospital for a serious head injury, but is expected to be okay.

Culver City police urged anyone with information regarding the crime to call them at 310-253-6202.