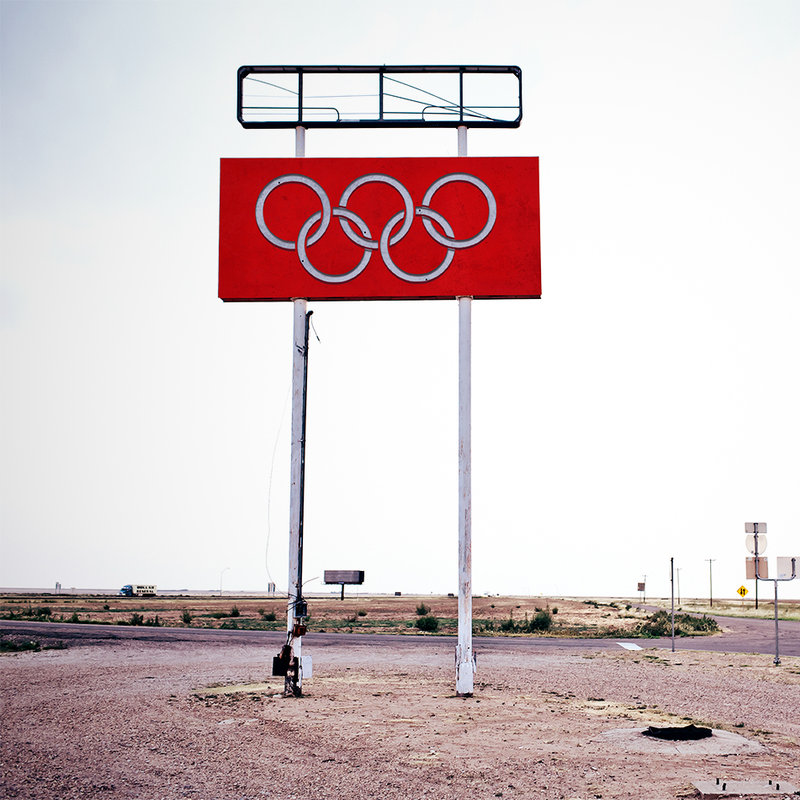 Assuming you're tuning in to Sochi this week, you probably find yourself asking a few questions:  What's the deal with luge relay? How does turning figure skating into a team event make it any more bearable? And what -- given how poorly constructed and behind schedule they've been -- are these Olympic venues going to look like in ten years? While the answer to #1 is "it's an even more exciting version of sledding", and #2 is clearly "it doesn't, at all", we can only speculate as to #3. But if history is any indicator, odds are they're going to look something like these: 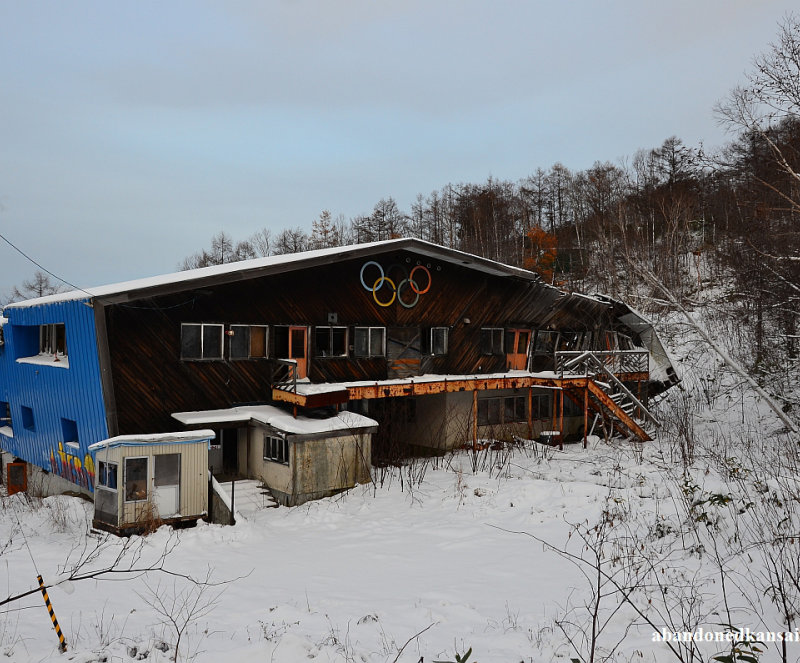 Mt. Teine Bobsled Finish House -- 1972 Winter Games; Sapporo, Japan
Built at a cost of $1.3 million and separate from the luge track, the Mt. Teine bobsled course was dismantled in '91 after Nagano was awarded the '98 Games. They didn't bother, however, to raze the bobsled finish house, which still displays the Olympic rings. Check out this video of the ruins.
Olympic trivia: Unlike Sochi, the Japanese were so on-the-ball in preparing for the Sapporo Games that they did a full test run an entire YEAR before the actual event. Also, the US's #1 four-man bobsled team was actually disqualified after overturning on one of their final runs. 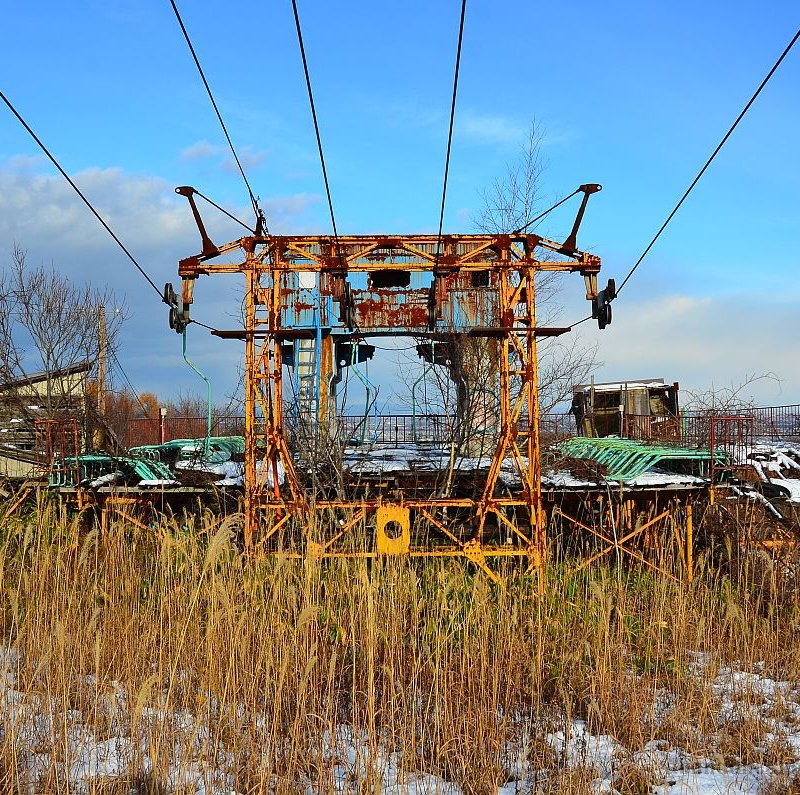 Also on Mt. Teine: abandoned ski lifts that might've been used in the '72 Olympics. While the mountain also hosted the alpine skiing events, it's unclear whether these lifts were built post-Games as part of the now-public Sapporo Teine Resort. 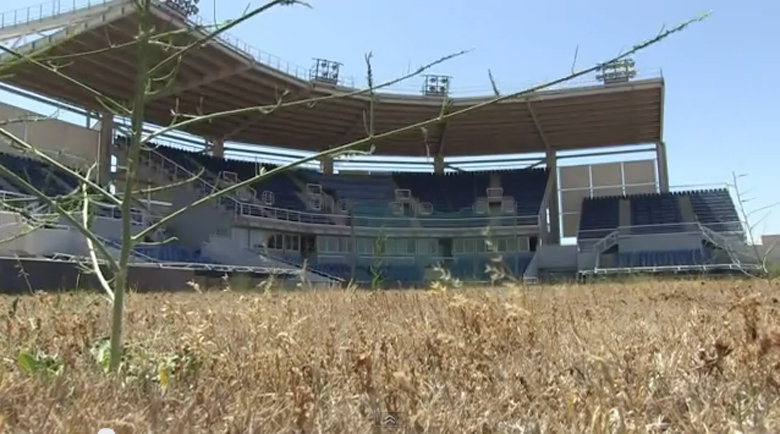 Helliniko Softball Stadium -- 2004 Summer Games; Athens, Greece
Part of a $213 million complex that included facilities for baseball and field hockey, this 4,800-seat stadium (built for a sport the Greeks have absolutely zero interest in playing) hasn't been used since the Games. Seriously, not even for a Spin Doctors concert. It's not the only venue that's fallen into disrepair though; spy some others here.
Olympic trivia: Why is softball no longer an Olympic sport? While some conspiracy theorists speculate the IOC's '05 secret vote to cut softball was a politically motivated attempt to punish the US for the Iraq war, it's more likely the result of a lack of participation. And pure US domination. U-S-A! U-S-A! Despite narrowly being upset by Japan in Beijing, the US women's team went a combined 14-0 in the '04/ '08 preliminary rounds, outscoring opponents 94-1. 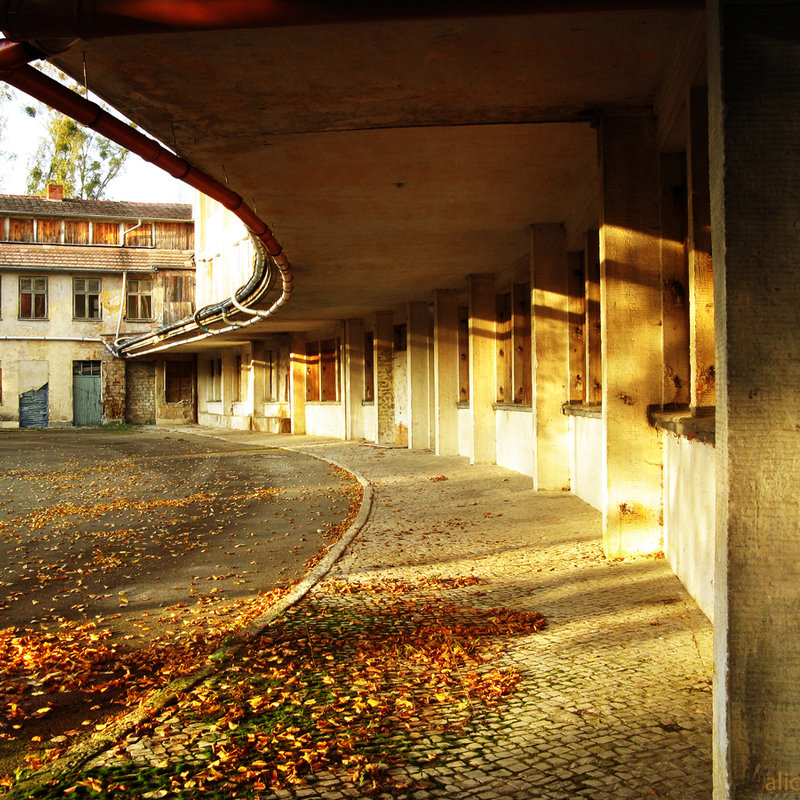 Olympic Village -- 1936 Summer Games; Berlin, Germany
Home to more than 3,800 athletes (including Jesse Owens) during the infamous Nazi Games of '36, the former village in Elstal was used as a military hospital during WWII, and housed Soviet troops until it was abandoned after the fall of Communism. While Owen's room has been completely restored, the rest of the complex is only now getting a gradual, well-needed facelift. For a fascinating look around, click here.
Olympic trivia: Known as the Games where Jesse Owens won four track and field Golds in front of Adolf Hitler, few people remember that baseball Hall-of-Famer Jackie Robinson's brother, Mack, actually took home Silver in the 200 meter. 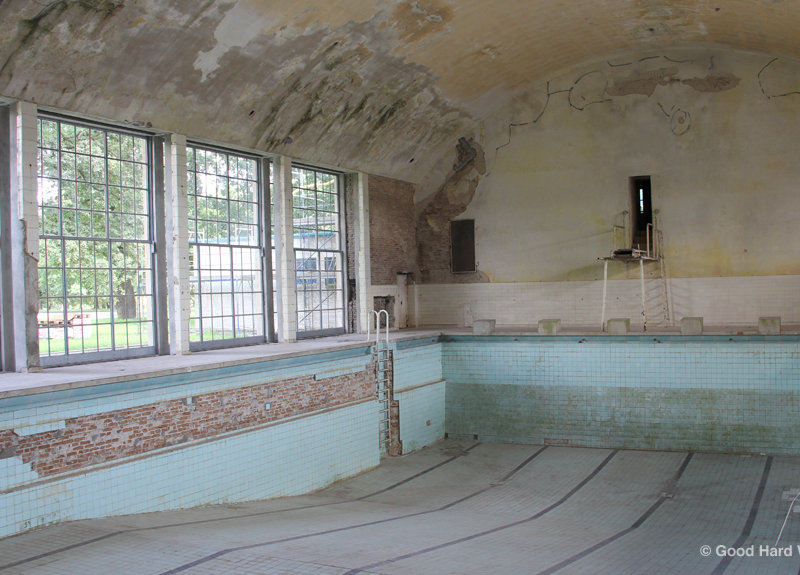 Stroll around the grounds and you'll see decrepit gyms, walls painted with Soviet murals, and this empty training pool. 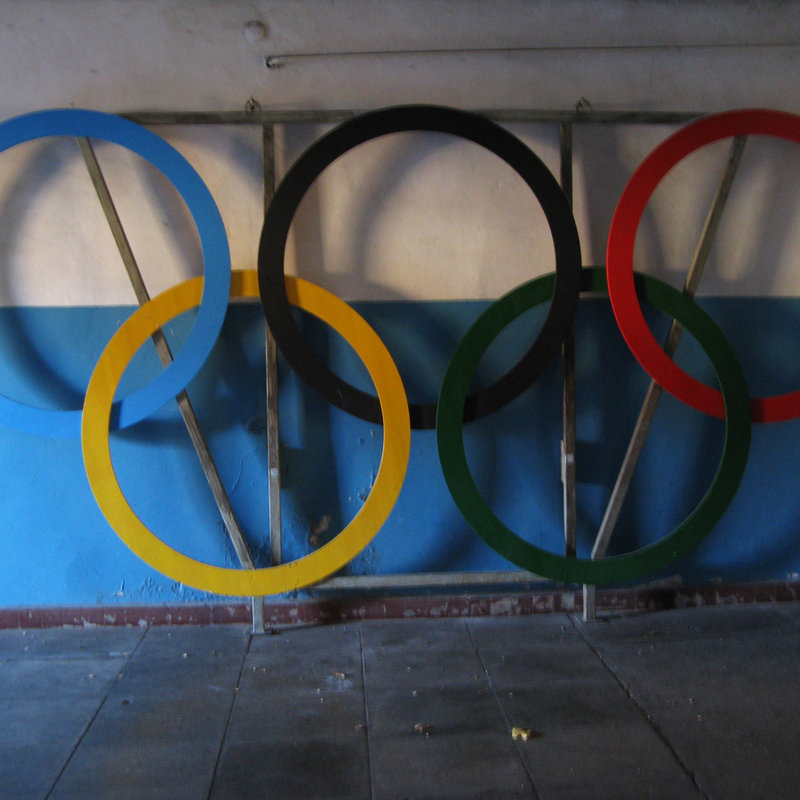 Not to mention an extra set of rings. You know, just leaned up against a wall. Keep in mind they've been sitting there for over 78 YEARS!!! 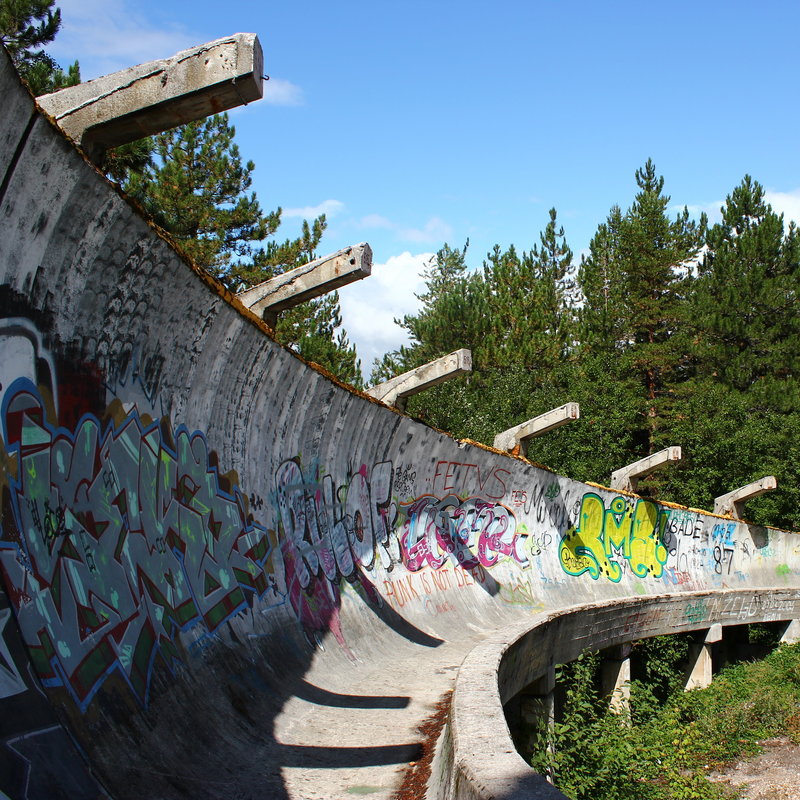 Boblsed track, ski jump, hotels -- 1984 Winter Games; Sarajevo, Bosnia and Herzegovina
By far the most haunting (and admittedly depressing) ruins, the war-torn remnants of the '84 Games outside Sarajevo on the Trebevic and Igman mountains saw heavy fighting during the Bosnian War. You can still tour everything, from ski jumps and crumbling concrete hotels to the bullet-ridden medal podium and graffiti-covered bobsled/ luge track, which cost $4.5 million to build at the time.
Olympic trivia: Despite having just hosted the '72 Winter Olympics, Sapporo came right back in '77 and bid for the '84 Games; they were narrowly edged out by Sarajevo on a second vote. Ever heard of sharing, Sapporo!? Surprisingly, in 2003 Sarajevo actually bid to host the 2010 Winter Games and promised to fill in all the bullet holes while rebuilding some the current facilities; they didn't make the short list. 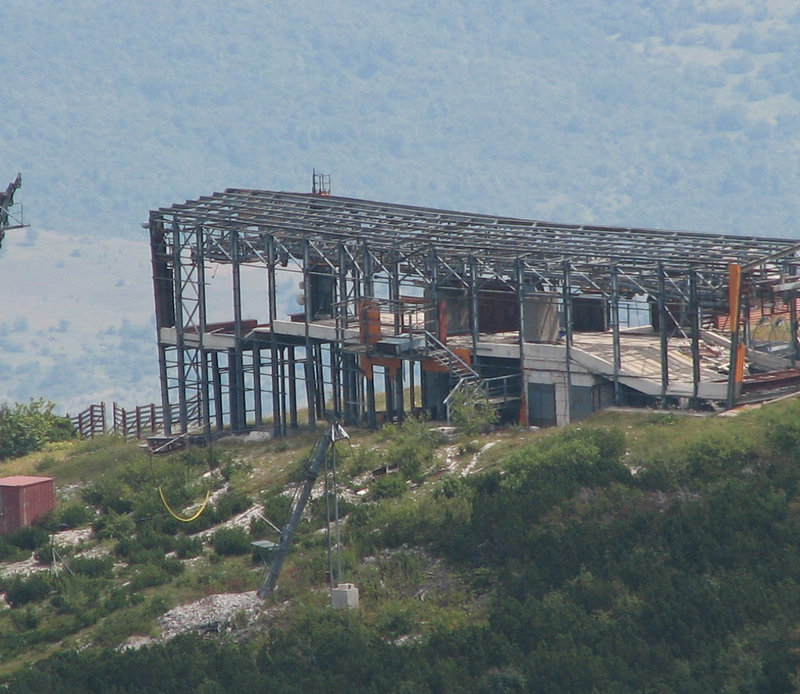 The US took home five skiing medals in '84, and while you can still ski the two mountains that hosted events (Jahorina and Bjelasnica), not all the lift stations survived the war. Out-of-bounds areas are reportedly also still plagued with moguls mines. 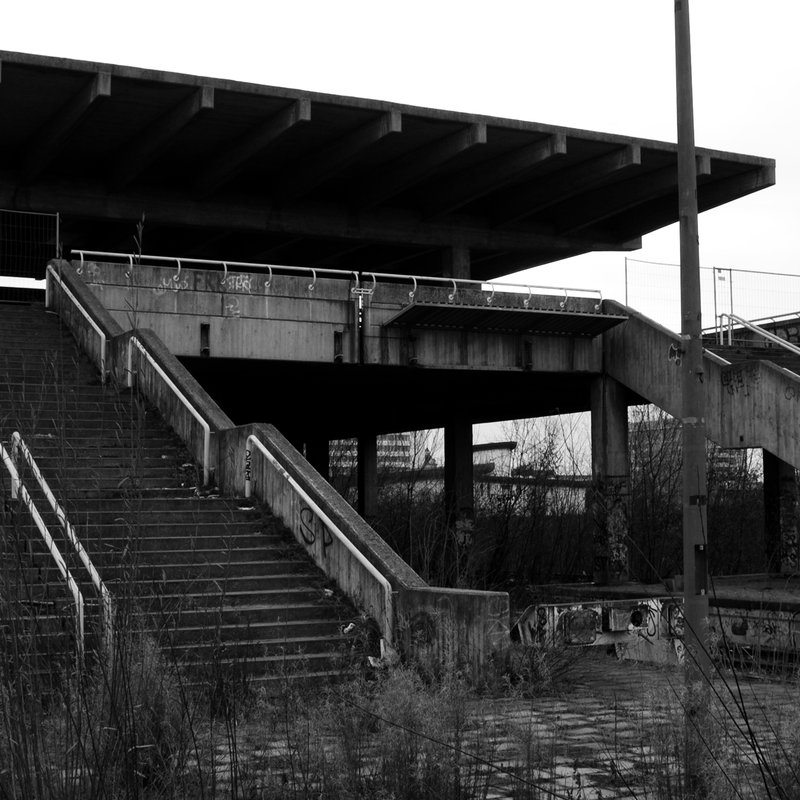 Olympiastadion Transit Stop -- 1972 Summer Games; Munich, Germany
While visitors can still casually stroll around the well-maintained Olympiapark München, one Olympic remnant escaped the oversight of the usually very efficient German government. This S-Bahn stop in Oberwiesenfeld was opened specifically for the Games and -- despite sporadic use for football matches -- was finally closed in '88. Today, with the tracks having been disconnected, it lies dormant and overrun with weeds.
Olympic trivia: Remembered primarily for the terrorist attack that left 11 Israeli athletes and coaches dead, the '72 Games also played host to one of the most controversial finishes in Olympic hoops history, during which the US men's basketball team got screwed out of the Gold. They refused to settle for Silver, and the team's medals remain locked away in a Swiss vault. 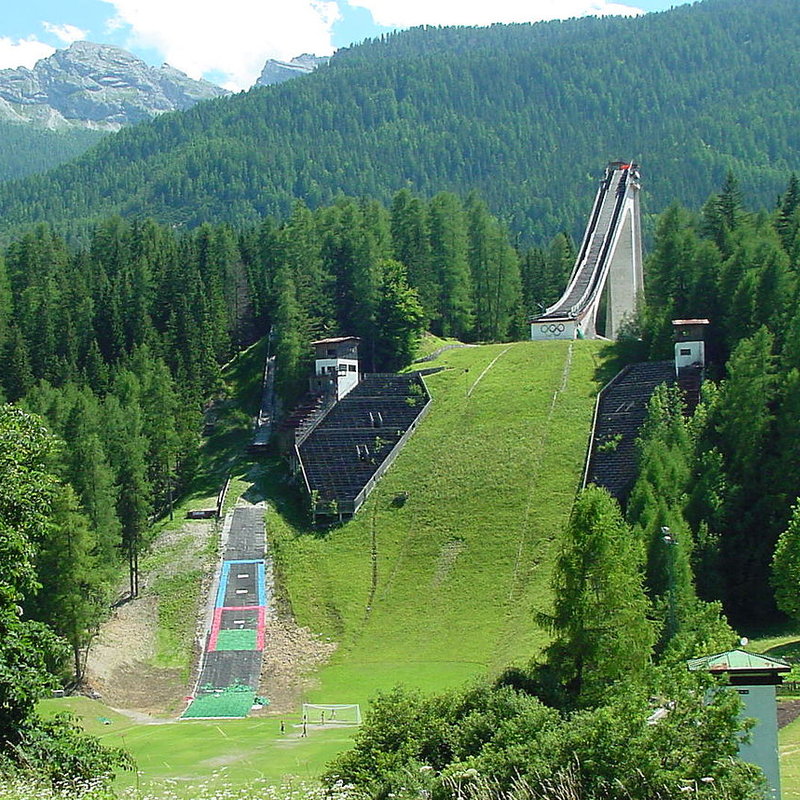 Trampolino Ski Jump -- 1956 Winter Games; Cortina d'Ampezzo, Italy
First constructed as a 40m hill in the Dolomite Alps in '23, the 90m Trampolino Olimpico served as ground zero for the ski jump and nordic combined events in the VII Olympic Winter Games. It was used for international competitions until '90, when it lost its certification, but you might also recognize it from a scene in one of Roger Moore's best Bond flicks, For Your Eyes Only -- which you should totally watch, right here.
Olympic trivia: Hard to believe, but the Cortina d'Ampezzo Games mark the first time the Soviet Union competed in Olympic hockey. No joke. Taking Bronze in Squaw Valley in '60, they'd go on to claim four straight Golds until the Miracle on Ice at Lake Placid in '80.

Dave Baldwin is Thrillist’s senior travel editor and used to dominate the ski jump on Epyx's Winter Games. Follow his exploits at @ThrillistTravel.