(CBS DETROIT) - The Michigan Department of Health and Human Services reported there are new coronavirus outbreaks in 35 Michigan schools. 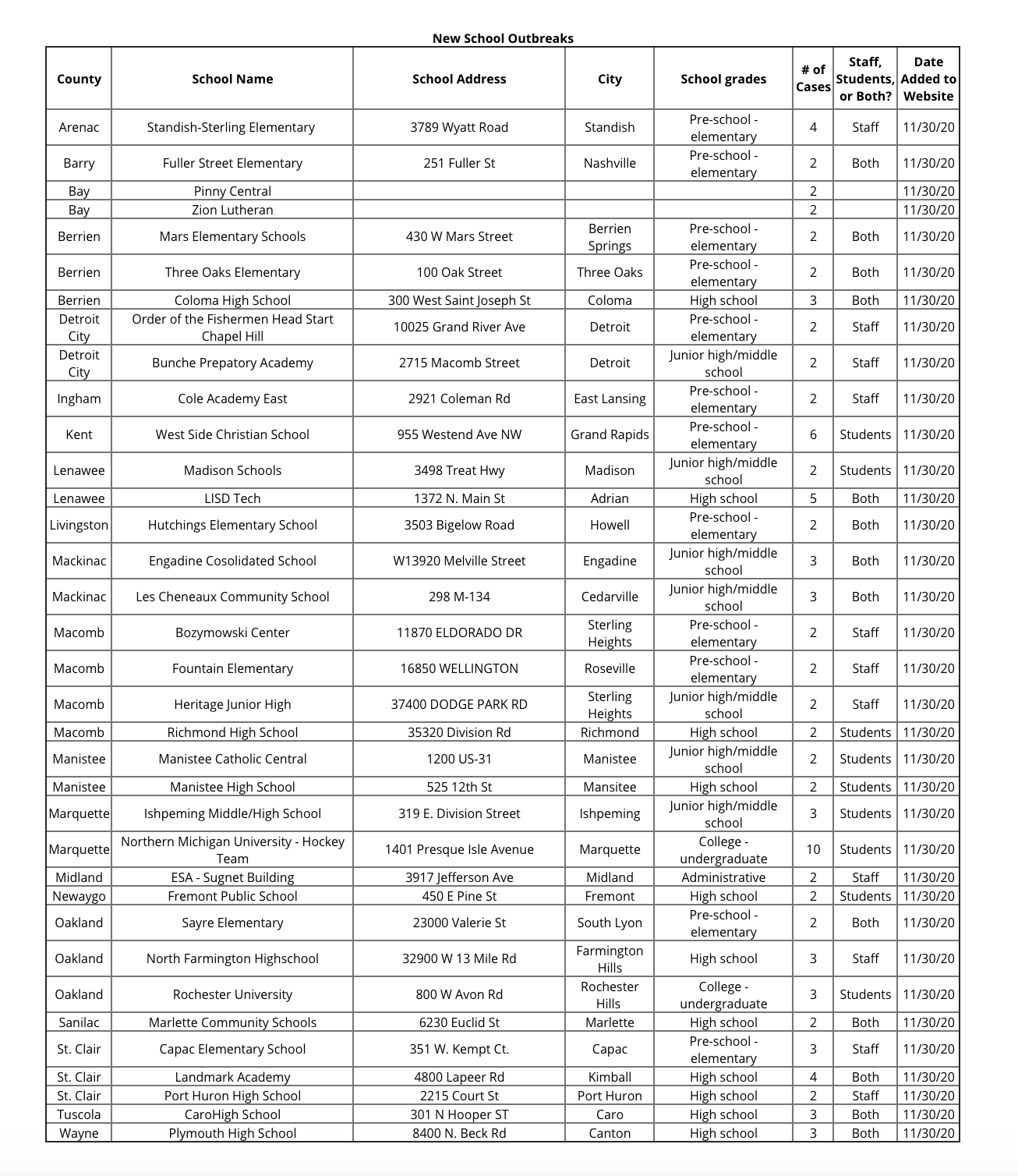 On Monday, the data released by state health officials shows majority of the outbreaks are between two to four cases.

However, in Marquette at Northern Michigan University, there have been 10 cases reported among students on the hockey team.

In Wayne County, cases among both students and staff were reported at Plymouth High School.

For more information on outbreaks in the state, visit here.

MORE FROM CBS DETROIT: Whitmer Says She Has Authority To Order New Stay-Home Order in Michigan

MORE FROM CBS DETROIT: Detroit Police: Man Found Dead Outside Of Van With Baby Inside