CHICAGO (CBS) – What exactly is a mass shooting and does Chicago's gang violence fit the definition?

A study by the RAND Corporation in 2018 found that there is no standard for what qualifies as a mass shooting.

From law enforcement to academics to the media, the definitions vary from the number of fatalities to whether a shooting that injures several people but doesn't kill anybody is a mass shooting. Gang-related shootings tend to not fit that definition.

"Because mass shootings that stem from domestic and gang violence are contextually distinct from high-fatality indiscriminate killings in public venues, some have argued that they should be treated separately," RAND reported.

A study done in 2002 on mass public shootings excluded incidents of gang activity and drug dealing. That is the motive behind most of Chicago's gun violence. 1

While weekend shootings gain headlines, overall gun incidents and other violent crime is down in Chicago.

Mother Jones has been tracking mass shootings for years.  Originally it used the FBI's standard definition: "A mass shooting is a single attack in a public place in which four or more victims were killed." Then a 2013 federal mandate lowered that fatality threshold to three, and Mother Jones adjusted accordingly. 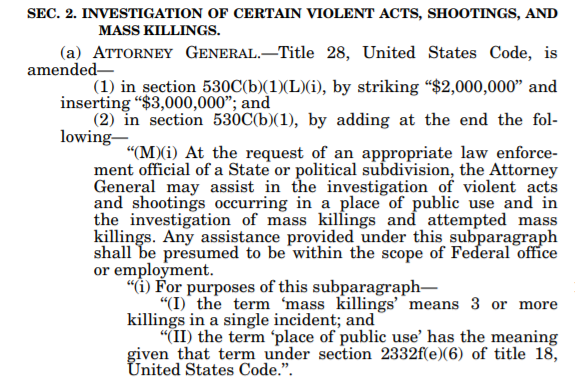 Within its downloadable database of 115 shootings from 2019-1982, Mother Jones includes four from the Chicago area: the Mercy Hospital shooting (2018), the attack at Northern Illinois University in DeKalb (2008), the shooting at Navistar in Melrose Park (2001) and the shooting at Henry Pratt Co. in Aurora (2019).

The Mass Shootings in America database from Stanford University, lowers the threshold to three fatal or nonfatal injuries. It also includes shootings in any location. Not just in a public place.

The Mass Shooting Tracker compiles shootings in which at least four people were shot in a single spree. Their definition does include Chicago shootings that were gang related and also includes the gunman. By their standard, there have been 297 mass shootings in the United States for far this year.

CBS 2 Chicago defines a mass shooting when at least four people are shot, not counting the shooter. The station does not differentiate if the shooting involves gangs.