CHICAGO (CBS) -- The numbers are in from Chicago's holiday weekend violence, and Mayor Lori Lightfoot said no one can be pleased. Forty-two people were shot, and five died. 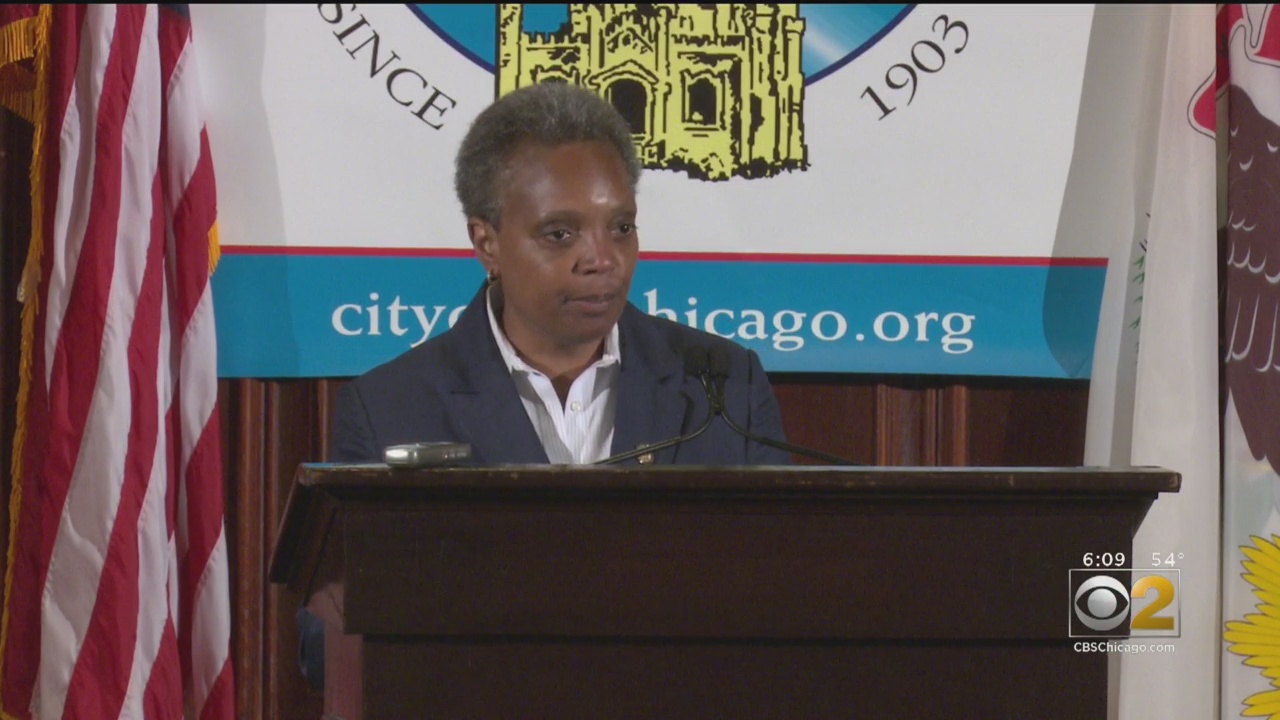 "Forty-two people were shot, and five died," Lightfoot said. "So we can't claim victory, and we can't celebrate. We have much more work to do."

Lightfoot said that long term only increased investment in Chicago's South and West sides can reduce the violence.

"I think the plan that we have will bear fruit," she said. "But it's not going to be instantaneous because a lot of what we're seeing out there are crimes of poverty. It's difficult to make an argument not to be involved in illegal drug trade when there's no other economic opportunities out there."

Lightfoot pointed to the new Skender plant, making modular residential and commercial buildings, on the Southwest Side as the kind of well paying union jobs that can help cut poverty.

She's not backing down on her reform agenda, including civilian monitoring of police.

"It's long overdue that the city council act swiftly in the first 100 days to pass the ordinance proposed by the grassroots alliance for police accountability, or GAPA, to create civilian oversight of the Chicago Police Department," Lightfoot said.

To make the city more affordable, especially for low-income families, she is promising to reduce city fees and fines.

"We've got to give people some relieve," she said. "We can't keep driving people into bankruptcy. We've got to give them hope that they can participate in the economy and not be stripped of their basic resources because of city finances. That has got to change."

Wednesday Lightfoot will face her first city council meeting and the first test of her clout, but a variety of aldermen believe she has more than the 26 votes she needs to install her hand-picked slate of committee chairmen.