Museum officials had heard Perry, who as in Chicago as part of her current concert tour, was a fan of modern art and extended her an invitation.

Rebeca Baldwin. the museum's director of public affairs, said Perry and nine others from her team arrived shortly after the museum closed at 5:30.

She stayed for about two hours and spent most of her time in the exhibit of surrealist artist Rene Magritte, with the exhibit's curator, Stephanie D'Alessandro.

And she LOVED IT!

Perry, wearing a black knit cap (as a disguise?), checked out the classic "American Gothic" and the Magritte exhibition.

'American Gothic was exhibited publicly for the first time at the Art Institut, winning a $300 prize and instant fame for artist Grant Wood in 1930.

"GO SEE THE MAGRITTE EXHIBIT @artinstitutechi It will blow your conventional mind & wake you up from your zombie state!" Perry posted on Twitter.

We will allow her to give you the tour, thanks to the magic of social media. These photos were posted via Twitter on Perry's Instagram account. 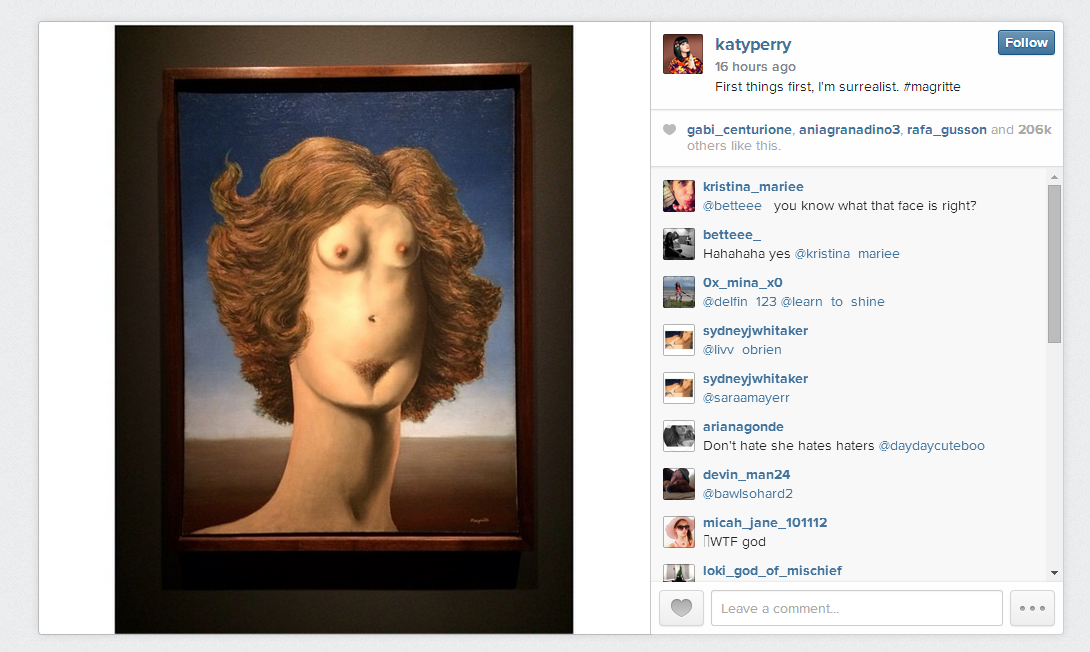 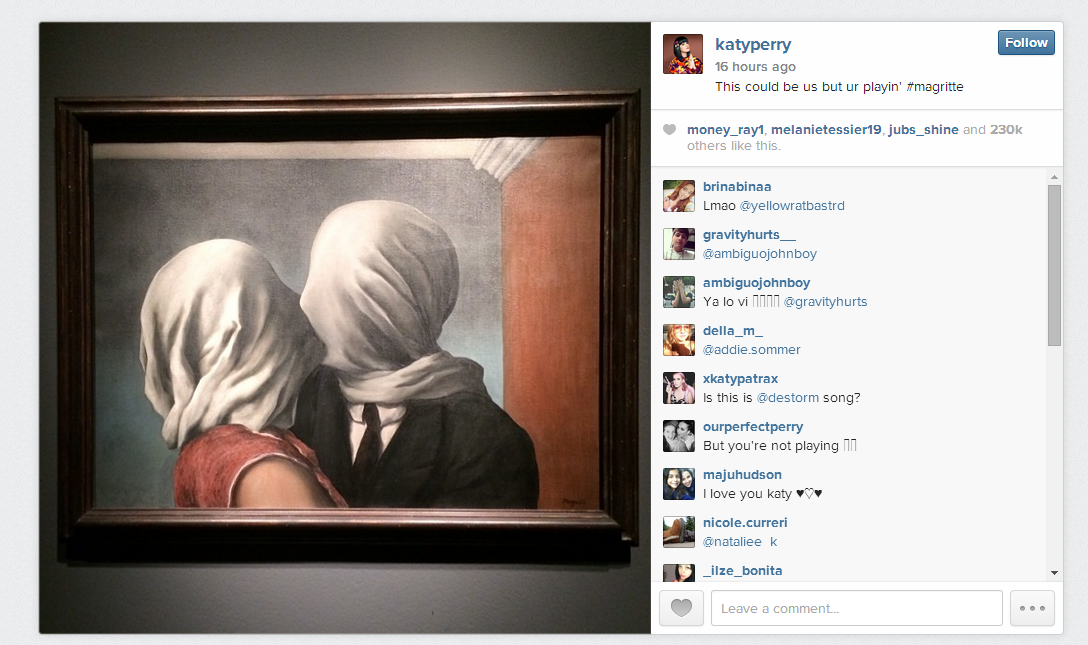 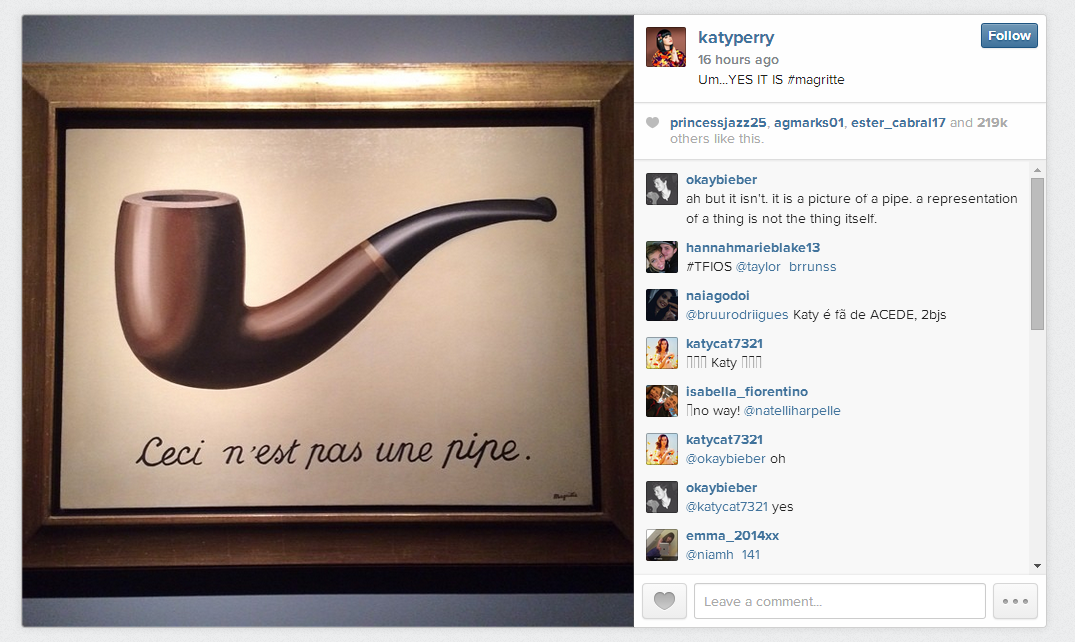 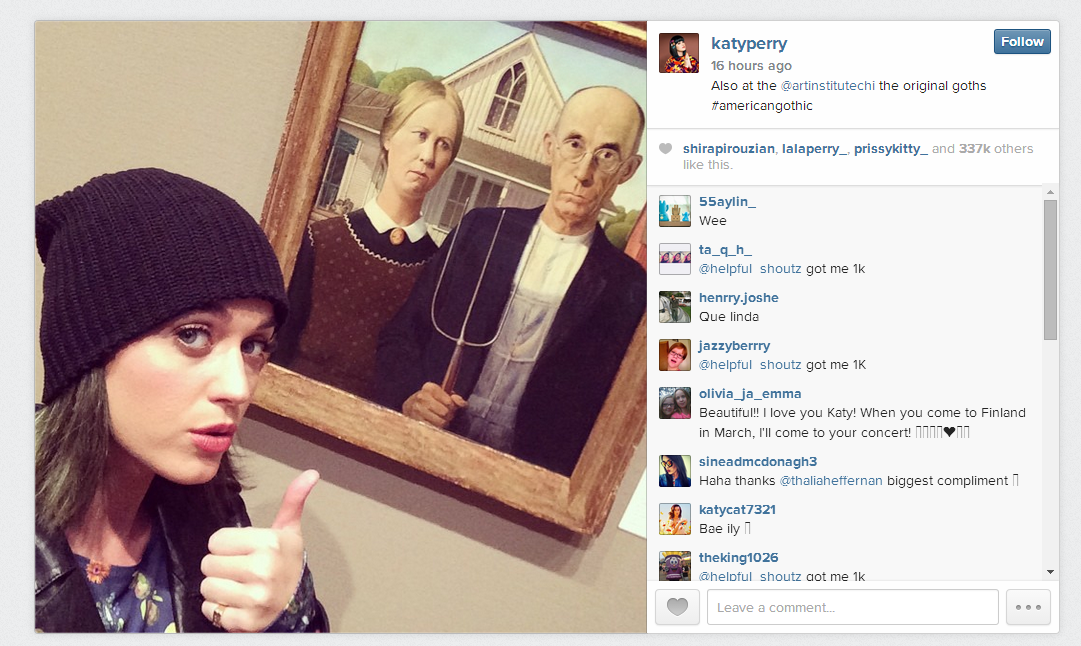 Perry also likes the soy latte at the Starbucks at State and Ohio. Ask for Jason, apparently. 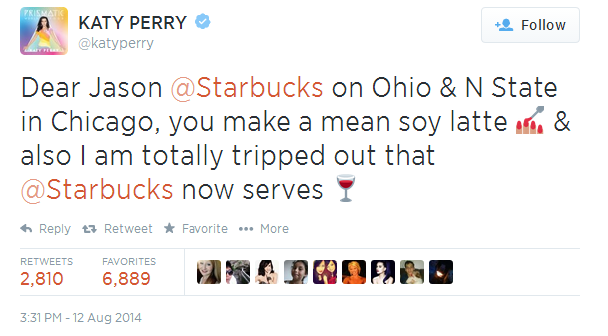